Will We See Scott Kingery Start in Center Field Regularly?

Sunday was Scott Kingery's first career start in center field and it came in his first game back. Kingery was sidelined for a month with a hamstring strain that was worse than the ones suffered by Jean Segura and Odubel Herrera.

Kingery fared well in his return. There were no issues in the field, and at the plate he went 1 for 3 with a walk and a stolen base. The hit was a smooth line drive to left field in his first at-bat. 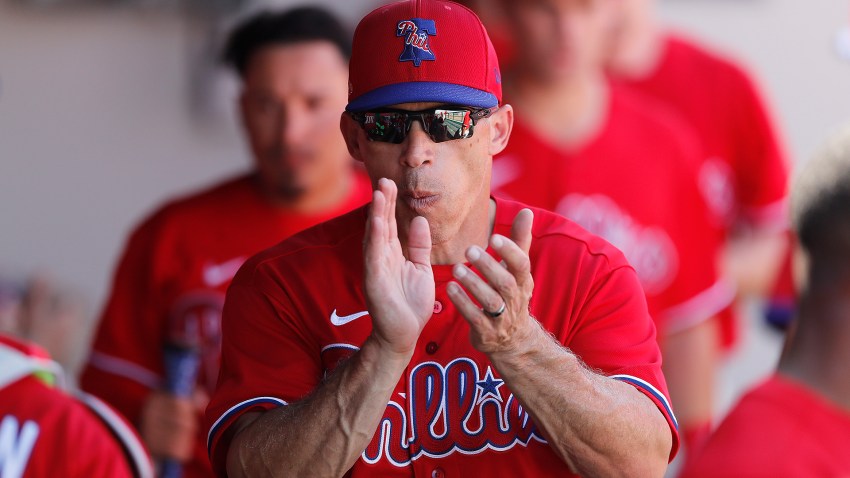 With Herrera not providing much at the plate (.234 batting average, .297 OBP), Kingery will continue to see time in center field. It doesn't make sense right now to sit Cesar Hernandez for him given how hot Hernandez has been for the last month. But Herrera and Maikel Franco are different stories.

Kingery will not start Monday night in Chicago. The Phillies are monitoring his workload with him fresh off the IL. He will, however, likely start multiple games in the Cubs series. The Phillies face lefties Jose Quintana, Cole Hamels and Jon Lester in consecutive games Tuesday through Thursday. Seems like a logical spot to sit Herrera for Kingery.

Kingery was hitting .406 when he was sidelined. He started the season looking like a completely different player than last season.

"The most important thing (while I was out) was trying to keep my timing," Kingery said after the Phillies' 7-5 win over the Rockies Sunday. "As soon as I could pick up the bat I was in the cage, working on my swing, fastball machine, doing whatever I could, seeing live arms BP-wise and stood in on a few bullpens just to see some different pitches. That's about all you can do when you're hurt. I feel good now."

Defensively, Kingery will face some adjustments. Center field is not his natural position nor does he have extensive experience there. But his speed, range and instincts give him a chance to be an above-average defender there.

"I think the main goal is my arm slot has always been for an infielder," Kingery said. "So I have to work at getting a little more over the top and get a little more carry on the ball. I'd say that's one of the most important things for me right now."