In Shortened Season, Phillies' Stars Still Had Chance to Shine in 1981

The season began with Fernandomania and ended with a classic World Series matchup between the Dodgers and Yankees. Mike Schmidt slugged his way to a second consecutive MVP, and Nolan Ryan pitched another no-hitter.

But perhaps the best way to describe baseball in 1981 is by recounting Pete Rose’s pursuit of the National League’s career hits record. He tied the mark in June, then had to wait until August to break it — because a strike shut down the sport for about two months.

All Rose could do was make regular visits to the batting cage while he waited.

“I went there every freaking day,” Rose said.

If baseball is able to come back at all this year, fans should be prepared for a significantly shortened season, and that 1981 campaign may be the most relevant comparison available. The season was split in two by a labor dispute, but when the sport finally returned, its stars still had an abbreviated chance to shine.

“The chaos, the change, the uniqueness, the intensity — all of those elements absolutely factor into how memorable that entire time is,” said Steve Rogers, the right-hander whose Montreal Expos made their first postseason appearance in 1981.

The early days of the ’81 season were dominated by Fernando Valenzuela. The Mexican rookie took Los Angeles by storm, winning his first eight starts for the Dodgers and throwing shutouts in five of them. 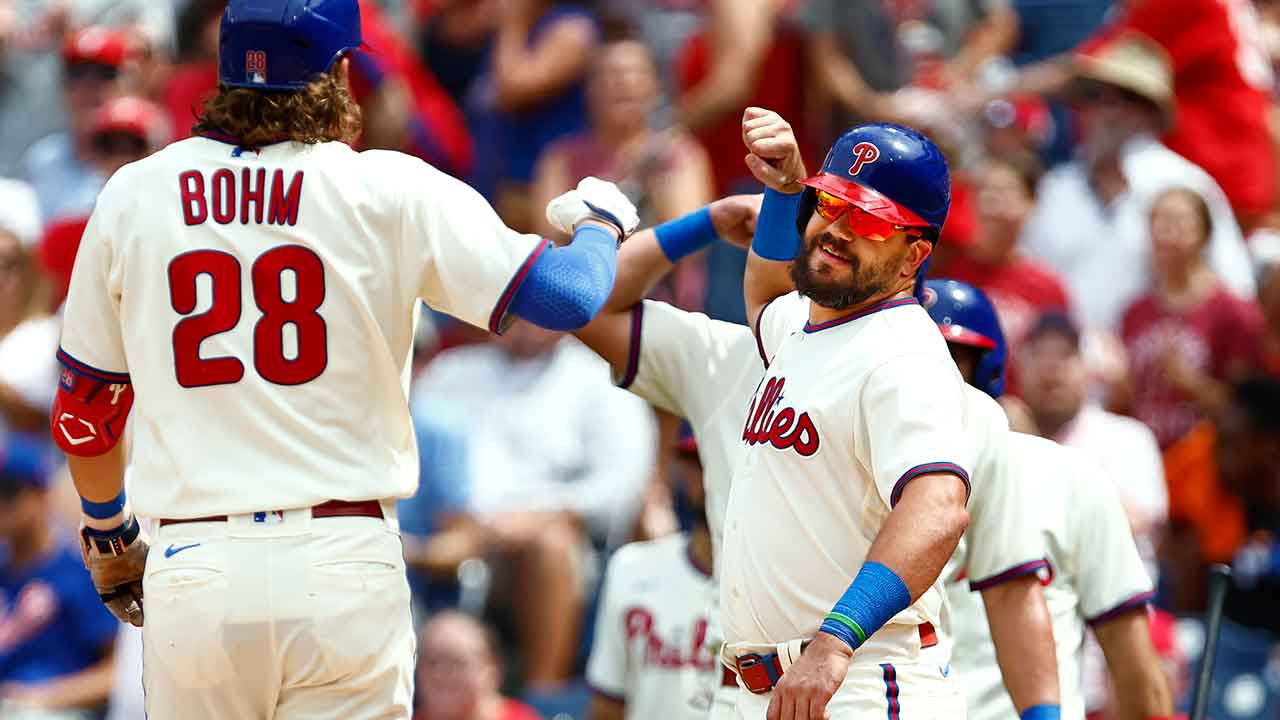 By the time the strike began, Rose was in the spotlight. He was with the defending champion Phillies then, and on June 10, he entered Philadelphia’s last game before the strike needing one hit to tie Stan Musial’s NL mark of 3,630.

Ryan was on the mound against the Phillies, and Rose tied the record with a first-inning single off him. Then Rose struck out in his next three chances against the Houston right-hander. He finally broke the record Aug. 10 against St. Louis, in his team’s first game back.

Baseball’s first big event after the stoppage was the All-Star game in Cleveland on Aug. 9. Schmidt homered in the eighth inning to give the NL a 5-4 win.

“That would have been my overall best year had we played a full season,” Schmidt said in an email. “I was in the midst of my prime, especially following 1980. It really had nothing to do with a unique thing I did during the strike, actually I worked for CBS as a sports anchor. I did some working out with (Phillies reliever) Tug McGraw.”

Schmidt hit .316 with 31 home runs in 102 games. Baseball-Reference.com credits him with 7.7 wins above replacement that year. In 2019 — with a full season — only two NL players reached that WAR total.

If baseball’s return went smoothly for position players like Rose and Schmidt, pitchers faced more of a challenge. And Rogers had the added responsibility of being on the union’s negotiating committee during the strike.

“My ability to stay in shape had been curtailed pretty significantly,” Rogers said. “I really did not have the capability of throwing that much.”

It would nonetheless turn into a memorable year for Rogers and the Expos. Baseball expanded its postseason, allowing the four division leaders from before the strike to qualify — and also taking the teams with the best post-strike records in each division.

That led to some unusual results. Cincinnati went 66-42 for the best overall record in the game, but the Reds finished second in both halves and missed the playoffs. Kansas City went 50-53 but won the second half in the AL West and played on.

Teams played an unequal number of games. The Expos (30-23) edged the Cardinals (29-23) atop the NL East in the second half, securing what would be their lone postseason berth in Montreal.

The Milwaukee Brewers made their first playoff appearance, as well. Houston made the postseason with the help of Ryan’s fifth no-hitter, Sept. 26 against the Dodgers.

The Expos fired manager Dick Williams late in the season, then went 16-11 under Jim Fanning to make the playoffs. Rogers threw a two-hit shutout against the Mets in his final start of the regular season — and he was just getting started.

In the first round of the playoffs, Rogers beat Steve Carlton twice, including in the winner-take-all fifth game at Philadelphia. He went the distance in that 3-0 victory and even drove in two runs.

In the NL Championship Series against Los Angeles, Rogers threw another complete game in a Game 3 win, but when he came on in relief in Game 5, Rick Monday homered in the top of the ninth to give the Dodgers the pennant. The ending was disappointing, but it had been a remarkable run for the Expos.

By the time the World Series ended — with the Dodgers winning in six games — it was fair to say the 1981 season, while far from ideal, had avoided becoming a farce.

That’s the challenge the sport faces this year amid the coronavirus pandemic, which has put the entire season in jeopardy. If baseball does resume, it may be in front of empty stadiums, and if the start is delayed well into the summer, the season could be so short the results seem tarnished.

“Is it really going to be a true champion?” Rose wondered. “The commissioner — boy, he’s got his work cut out for him. … You can’t make everybody happy.”

Ultimately, though, the format of baseball’s return may be a secondary concern. If the sport can be played safely, that would be a victory in itself. Whether that’s really possible is still very much in doubt.

“How would you contact trace if a player got the virus and was in a clubhouse? Point being, I think the number of games is a moot point,” Schmidt said. “If you need a number, and there was no problem playing the games, you probably could crown a world champion following a 60-game regular season. And a shortened postseason. It’s all about money and what everyone is willing to gamble to stop losing it.”