Phillies Have Arms (and Names) Coming

The Phillies have a growing number of pitching prospects and along with good arms they have some colorful first names.

It might not be long before you hear Dan Baker shriek, "And tonight's starting pitcher is JoJo Romero."

Or maybe it will be Ranger Suarez getting the start (and the win) with a save going to Seranthony Dominguez. 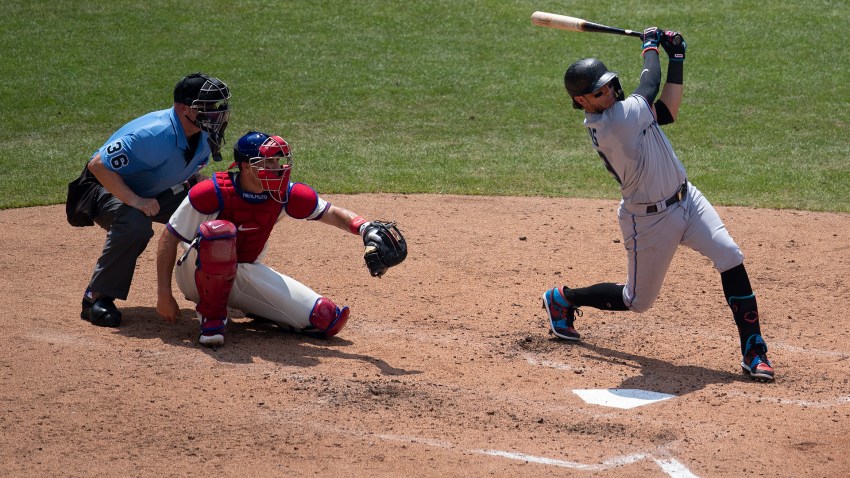 And, of course, you've already heard about Sixto Sanchez. Who hasn't? The power-armed, strike-throwing 19-year-old phenom is one of the game's hottest prospects and a target of every general manager who tries to play Let's Make a Deal with Matt Klentak.

The Phillies are hosting their annual prospect education seminar this week at Citizens Bank Park and Romero, Suarez and Dominguez are all in town for the event. All three could be right back in Eastern Pennsylvania in April. They will all report to spring training in February with a chance to win a spot on the Double A Reading roster. Franklyn Kilome, another top pitching prospect in town this week, figures to open the season back in Reading, as well.

The Phillies went through the 2017 season without using a left-handed starting pitcher for the first time since 1918 and don't project to open the new season with one - unless Klentak, who is actively looking to add a pitcher, brings in a lefty before then.

Not too far down the road, if all continues to go well in the development process, the Phillies will have some choices from the left side. Cole Irvin, another prospect in town this week, could be ready for the Triple A rotation in April. The University of Oregon product, who will turn 24 later this month, is a lefty. And behind him is the lefty duo of Romero and Suarez.

Romero, 21, is a native of Oxnard, California. He pitched at the University of Nevada as a freshman and moved on to Yavapai College (Curt Schilling and Ken Giles are products of that program) in Arizona for his sophomore season in 2016. He was drafted by the Phillies in the fourth round that year. In his first full season of pro ball in 2017, Romero posted a 2.16 ERA in 23 starts at Lakewood and Clearwater. He gave up 104 hits, struck out 128 and walked 36 in 129 innings.

"He had a great year developmentally," Phillies director of player development Joe Jordan said. "He really figured out what he had and how to use it."

Romero throws a sinker and a four-seam fastball up to 95 mph. He complements that with an off-speed repertoire highlighted by a good changeup. He was born Joseph Romero, but JoJo evolved into his baseball name over the years and he's sticking with it.

"I like it," he said with a smile in the Phillies' clubhouse Wednesday.

On Wednesday, Suarez was asked about his goals for 2018.

He smiled and explained himself to Diego Ettedgui, the Phillies' Spanish language translator.

"The goal of every baseball player is to make it to the big leagues," Suarez said.

"We have a family tradition that every name starts with the letter R," he said.

Dominguez, a 23-year-old right-hander from the Dominican Republic, is often asked about his unique first name. He said it was something his parents heard on television.

On the diamond, Dominguez's arm stands out more than his name.

"Ninety-eight, 99," he said when asked how hard he throws.

The Phillies will begin converting him from starter to reliever this spring. He has future closer written all over him.

"He has a chance to really dominate in the late innings," Jordan said.