‘PHILLY I LOVE YOU': Embiid Pens Touching Apology to Sixers Fans After Loss

Joel Embiid was about as far away from being the reason the Sixers lost to the Hawks as anything that happened during their seven-game series.

But the man who calls himself The Process and takes up for the entire city every time he puts on a Sixers uniform was clearly affected by yet another second-round exit after the game, so he took to social media to apologize directly to his fans.

And in case any part of the tweet disappears, here's the full text:

"PHILLY I LOVE YOU. Sorry to disappoint you again Just know that I gave everything I had knowing the circumstances. If there’s one thing I’ve learned being here, it’s the TOUGHNESS this city has and that’s why I played with a torn meniscus. THANK YOU FOR THE SUPPORT ALL YEAR LONG!!"

He really is the best.

While Sixers fans were directing plenty of frustration towards Doc Rivers and Ben Simmons tonight, they all seemed to respond to Embiid's message with love and understanding. 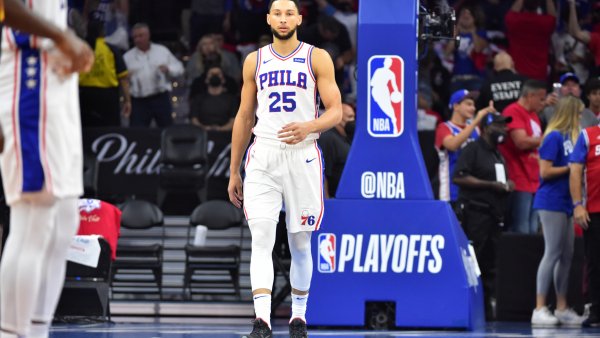 The guy played through what was probably a super painful injury for an entire series and put it on the line every night because he was trying to do it for this city that has adopted him as one of theirs.

Embiid still needs to work on his 48-minute consistency in the postseason, because there were times during this series when he simply didn't show up late in games. That can't happen in crunch time during the playoffs.

But the Sixers need to help him out, and as long as he's ready to keep fighting for this city, its fans will be behind him all the way.