Looking Back at the Eagles' Last Coaching Search in 2016

The Eagles are just a few days into their coaching search for Doug Pederson’s replacement but maybe we can get some hints about how they’ll go about this search from the last one.

You’ll remember that the Eagles actually fired Chip Kelly on Dec. 29, 2015, getting Chip the heck out of the building before the end of that season. And the search process actually began long before that. 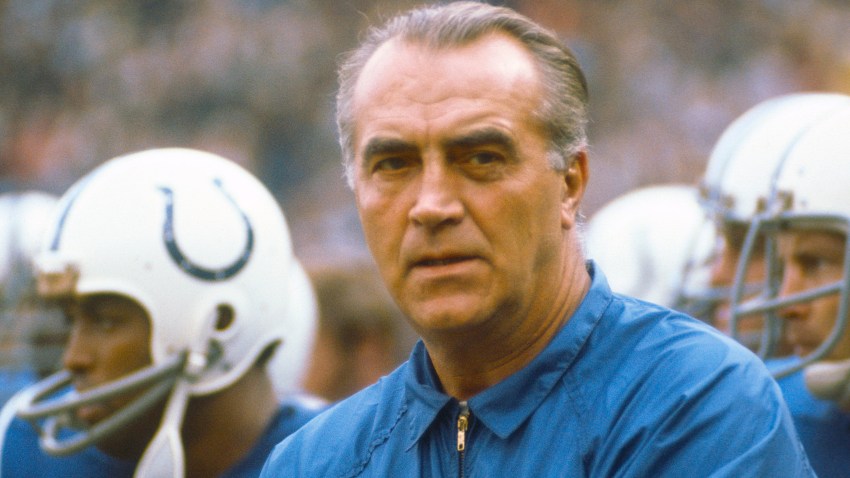 After he eventually hired Doug Pederson, Eagles owner Jeff Lurie admitted the Eagles began the search quietly before they even fired Chipper.

“In this process, we started with about 25 candidates that we completely researched, analyzed, vetted, however you want to describe it,” Lurie said in 2016.

“And that research started during the season, at some point late in the season. And it gave us some time to — if we needed to go this direction — be fully prepared for the search process.”

Earlier this week, Lurie admitted he began looking at potential candidates even before the final decision on Pederson; he said it’s something he always does. So even though the Eagles are getting a later start than the other six teams searching for head coaches, the research phase of the process was already well under way before Pederson was fired on Monday.

From that initial list of 25, the Eagles whittled it down to 10 solid candidates and eventually interviewed just six. One of those six was obviously Pederson, whom the Eagles hired on Jan. 18, 2016.

Late in the process, the Eagles were reportedly expected to interview then-Bengals DC Paul Guenther and then-Buccaneers OC Dirk Koetter, but those interviews never happened. Guenther stayed one more year with the Bengals and then became the Raiders’ DC. Koetter became the Bucs head coach, lasting three seasons.

As of Thursday morning (11 days after the end of the season), the Eagles have completed at least two interviews in 2020.

Back in 2016, that process began before the end of the season. Here’s a look back at the candidates in the order they interviewed:

Duce Staley: The Eagles actually interviewed Staley the Friday before the final regular season game that season, but he wasn’t really viewed as a top candidate. In fact, there was a report that some in the NFL were concerned that the Eagles used his interview as a way to circumvent the Rooney Rule, which requires teams interview a minority candidate.

Of course, after Pederson was hired, Duce stayed on staff and was promoted to assistant head coach for the 2018 season after he was passed up for the offensive coordinator job in favor of Mike Groh. Staley is expected to interview for the head coaching position this year but is seen as a much more viable candidate.

Pat Shurmur: Shurmur took over for Kelly as the interim head coach to finish out the 2015 season and led the Eagles to a 35-30 win over the Giants. The day after the game, Shurmur conducted exit interviews with Eagles players and also interviewed for the head coaching job. This was already Shurmur’s second stint with the Eagles and it always seemed unlikely he would return as the full-time head coach but the Eagles still interviewed him and he said he wanted to return.

Ultimately, Shurmur ended up with the Vikings as their tight ends coach in 2016 and took over as their interim OC after Norv Turner resigned and kept that OC job in 2017. Shurmur was then hired as the Giants’ head coach and lasted two seasons, 2018-2019, before joining the Broncos as their OC in 2020.

Adam Gase: It’s funny to think about now, but Gase was the hottest name back then as the Bears’ offensive coordinator who once worked with Peyton Manning in Denver. The Eagles had a lengthy interview with Gase on Jan. 5 (two days after the season ended) and were interested enough that they wanted to set up a second interview, but they never got the chance.

Ben McAdoo: Two days after the Eagles interviewed Gase, they interviewed McAdoo, who was also considered to be a top candidate on the market that year. McAdoo, then 38, became the fourth candidate to interview for the job but just the second outside the organization. McAdoo had been the Giants’ OC for two seasons and was the QBs coach in Green Bay before that. The Eagles were reportedly very close to hiring him.

The Eagles weren’t permitted to hire Pederson until the Chiefs were eliminated and that happened when Kansas City lost to New England in the divisional round game on Jan. 16. After the loss, Pederson wouldn’t directly confirm the reports but told reporters from Philly who made the trip that he’d see them in a couple days. The Eagles officially hired Pederson on Jan. 18.

There were seven NFL head coaches hired in 2016 and many at the time considered Pederson to be the worst of the bunch. Well, Pederson outlasted all the others, went to the playoffs three times in five years and won a Super Bowl.

So you never can tell.