Doug Pederson has made it very clear that he has no intention of benching Carson Wentz. But on Monday morning, he finally said it would be his decision if it ever happens.

After the Eagles’ loss to the Browns on Sunday, Pederson was asked if he’d have full authority to bench the franchise quarterback on his own but he didn’t really answer it. He just then talked about the message he thought it would send if Wentz were to be benched.

But on Monday morning, Pederson said he has that power.

“I have the final say because I’m the head coach and I get to make those decisions,” Pederson said to WIP host Angelo Cataldi. “But again, Angelo, it comes with careful consideration by myself. But that will be my decision if that happens.”

This is a question, of course, because Wentz is the centerpiece of the organization. He signed a $128 million contract before the 2019 season and the Eagles are tied to him because of it. So there’s the thought that removing that guy would need to be an organizational decision. But Pederson says that’s not the case. 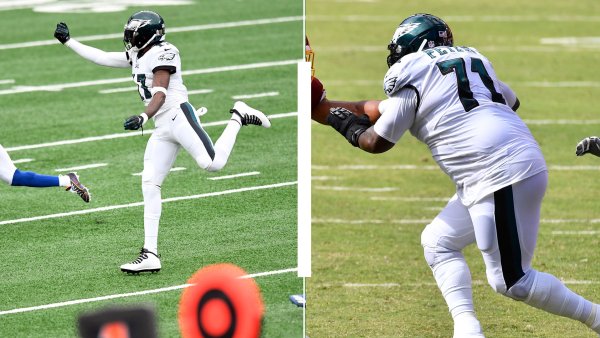 Eagles Are Proving to Be Loyal to a Fault in 2020 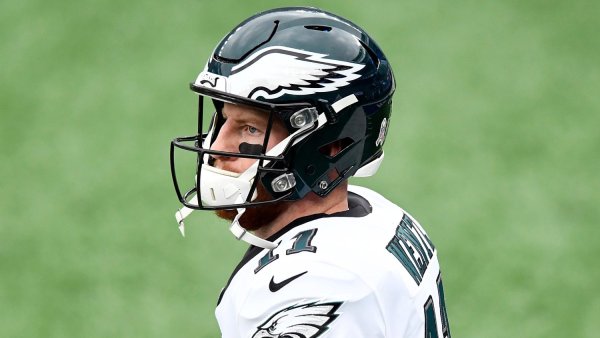 Through 11 games this year, Wentz has clearly not played anywhere close to the level the Eagles expected from him. He’s not their only problem, but Wentz has been one of the bigger problems with the Eagles in 2020.

In the 22-17 loss to the Browns, Wentz threw two more interceptions and tied a career-high with 14 on the season. The are still six games left.

When asked about the perception that backup quarterback and second-round pick Jalen Hurts might not be ready, Pederson said that isn’t the case. But he’s worried that benching Wentz might signal to the rest of the team that they’re looking into next year. The Eagles (3-6-1) are technically still in first place in the NFC East.

“My perspective is we have to get it fixed with Carson Wentz,” Pederson said. “That’s where my trust and my faith lies and we can get it done. That’s where I’m at.”

When asked about Wentz’s struggles, Pederson hit on the same answer we’ve talked about for weeks now. He said Wentz is still forcing too many things, trying to do too much instead of trusting his teammates and the offense. Pederson says he has faith those issues can be corrected but we’re heading into Week 12 now.

The Eagles have six games left in the season and they’re technically in first place in their division. But it certainly doesn’t feel like it.

“We gotta work through this. It’s salvageable,” Pederson said. “Which is maybe crazy to say and maybe people have lost faith, lost hope, whatever it is. But for us inside the building, it’s salvageable and there’s six games left and there’s still a lot of football.”