A Fastball to Bryce Harper's Face Wakes Up the Sleepwalking Phillies

Was this the punch in the face that the sleepwalking Phillies needed? originally appeared on NBC Sports Philadelphia

Maybe this is just what the Phillies needed. A good ol’ punch in the mouth to wake them up and snap them out of this one-step-forward, one-step-backward sleepwalk they’ve been in for the first month of the season.

Of course, it’s easy to be cavalier about it now.

The mood would be decidedly more somber had Bryce Harper been seriously injured when he took a 96.9 mph fastball in the face in the sixth inning of Wednesday’s night’s game against the St. Louis Cardinals at Busch Stadium.

Harper left the game, bloodied, and made a trip to the hospital.

Shortly after the Phillies' 5-3 win went final, the slugger posted a quick video on social media.

“Everything feels good,” he said. “Everything came back good. My face is still there. We’re all good. See you guys soon.”

“I saw him walk into the dugout,” teammate Brandon Kintzler said. “I was like, ‘Wow, if nothing is broken, that guy is made of steel.' ” 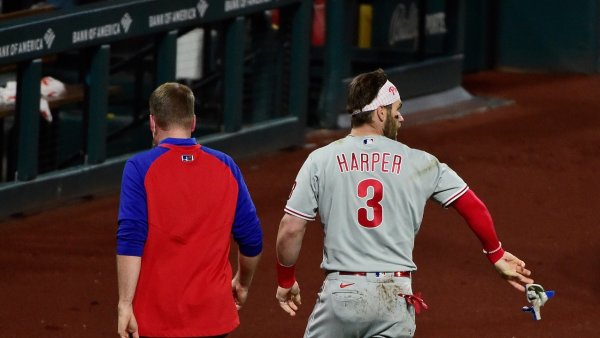 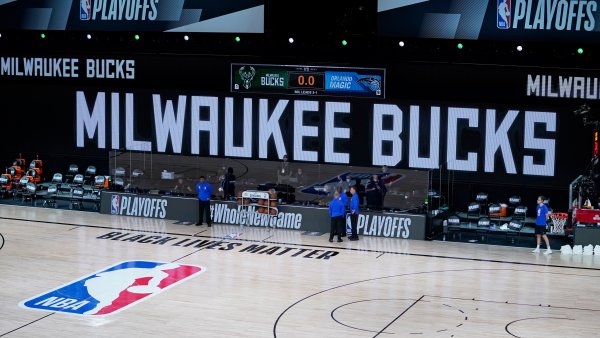 Harper was hit by the first pitch of the sixth inning from St. Louis lefty reliever Genesis Cabrera. Harper had previously been 2 for 2 with a homer against Cabrera in his career.

With the game tied, 3-3, Cabrera was not trying to hit Harper. He just had horrible control. And after Harper left the field with an athletic trainer by his side, Cabrera hit Didi Gregorius with the very next pitch in the ribs.

A whole lot of drama ensued with the umpires warning both benches and Phillies manager Joe Girardi getting ejected and then yelling angrily at Cabrera.

But the important thing – after Harper’s health, of course – was that the Phillies showed some real fight and character after the two hit batsmen. Andrew McCutchen, benched the previous two games and hitting under .200, was the next batter up and he singled against Cabrera to break the tie. The Phillies added another run in the seventh on a sacrifice fly by Gregorius and the bullpen made that lead stand up with 4 2/3 scoreless innings.

“I think it ignited our dugout,” McCutchen said. “When something like that happens, you want to take advantage and win the game. A lot of guys weren’t happy about what happened.”

McCutchen needed the hit on a personal level.

“It felt good,” he said. “The last thing you want to do when you’re playing is suck. You don’t want to suck. Right now, I have been sucking. To be able come through with that hit is gratifying. I know I’m going to get better and, quite frankly, not suck.”

Brad Miller had a big night. He tied the game at 3-3 with a two-run homer in fifth.

“I just think any good team, that’s how you have to respond,” Miller said of the way the Phillies rallied after the two hit batsmen. “We showed we've got our guys’ back. Obviously, a big win. Everybody was fuming and upset. But everyone was professional. The bullpen got big outs. Everyone was upset, but winning the game was most important.”

Girardi was upset for many reasons. One, his best player got hit in the face. Two, his shortstop also got hit. On consecutive pitches. Three, his bench received a warning and that changes how your pitchers approach things. And four, he thought Cabrera should have been ejected – three-batter rule or not – because the pitcher did not know where the ball was going and for that reason was a health hazard.

“If a guy hits a guy in the face and a guy in the ribs with two pitches, he's got to go, right?” Girardi said. “If you're really protecting the players, obviously, he doesn't have command. He's got to go. What if I got another lefty up? I mean, now I got a shortstop that probably might have to have imaging on his ribs. And you're going to let him stay in the game? Is it because of the three-batter minimum? I don't know. He's got to go. Just for the safety of the players.

Girardi loved the character his team showed after Harper and Gregorius were hit by pitches.

“There’s a lot of fight in that group,” he said. “The bullpen did a great job. The hitters come through. Didi ends up with a sac fly. I mean, just a ton. It's who they are. I mean, that's a brotherhood in there.”

In a postgame interview, Cabrera said he did not mean to hit anyone.

“I’m really sorry for everything that happened,” he said. “None of it was intentional.”

Still, you have to wonder if there might be some fireworks in Thursday afternoon's series finale. Phillies reliever Sam Coonrod got three important outs in the eighth and shouted at the Cardinals' dugout both from the field and the top step of his own dugout.

The Phillies are now 12-12. They have not won back-to-back games since the third and fourth games of the season.

Maybe this was the win – and the punch in the face – that will get them going.

“I think we needed that,” Kintzler said. “I’m not saying we needed Bryce to get hit. Coonrod tried to fight the whole team. We needed something to fire us up and give us some energy. Thank God Bryce is OK.”