When you lose a bet, you have to pay up. Even if you’re comedian Kevin Hart.

Hart, on his "Laugh Out Loud" radio show on Sirius XM, said he had lost a bet to his longtime friend, Harry Ratchford, another host of the show. With Ratchford being a huge 49ers fan, the loss required Hart to wear San Francisco garb throughout the course of a recent show. 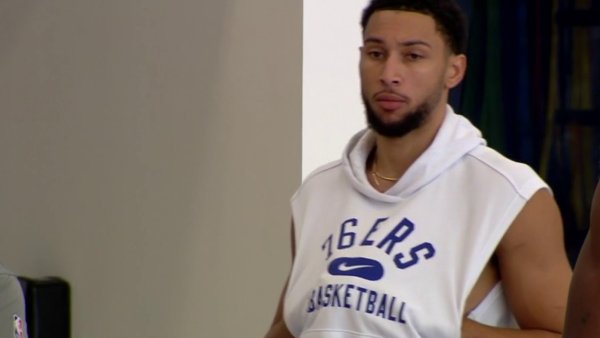 “Before we get into the introductions, I want the listeners to know that I, Kevin Hart, am currently paying up on a debt,” Hart said. “The Eagles lost to the San Francisco 49ers so I’m doing the whole show in San Francisco 49er apparel.”

“This piece of crap Philadelphia Eagles lover bet me that his funky-ass team would beat MY BELOVED San Francisco 49ers … HA! The jokes on you!” Ratchford wrote in an Instagram post.

Just as Hart finished saying he was paying up, Ratchford said, “Bang, bang, Niner Gang,” an homage to Bay Area rapper E-40, who wrote a “Niner Gang” theme song back in 2019.

Hart, a Philly native, has been an Eagles fan forever. When the team won Super Bowl LII, Hart famously tried to run to the podium when they were presenting the Lombardi Trophy following the win.

Hart later admitted he was quite intoxicated.

Despite having to sport a 49ers Starter jacket and a hat to match, provided by Hatchford himself, Hart complimented his outfit.