‘It Feels Like a Dream’: Philly’s Shareef Miller Gets Emotional Talking About Family and Playing for the Philadelphia Eagles

Shareef Miller stood with his mom and grandfather on the Philadelphia field where his football career began, as a seven-year-old playing Pop Warner with the Frankford Chargers, and tried to express how it felt to be drafted by his home team.

"It feels like a dream but it's not a dream," Miller said in a interview with NBC10's John Clark. "It all started right here with the same support I have, all these people here today."

Miller, a defensive end from Penn State, was drafted by the Eagles in the fourth round. 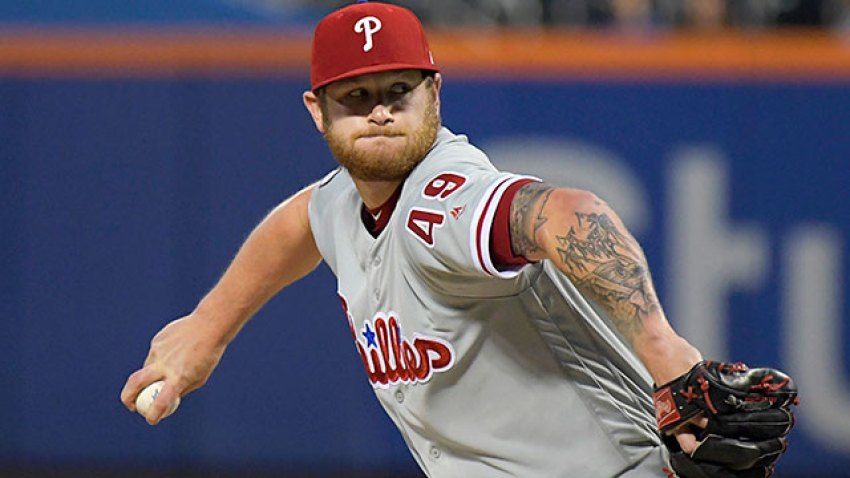 He's a true hometown player. After the Chargers, there was football at George Washington High School in Somerton. Then Penn State.

And there was always the support of his family and the dream, far away, of playing for his favorite team.

"I never thought in a million years that I would ever get drafted," Miller said. "And especially from the Eagles, the home team. The team that I grew up on, me and my grandpop grew up on watching the games."

"Me and him have thought and talked about this many a time," said that grandpop, Emmitt Cook. "If he come out, where he wants to play? He wants to play with the Eagles. And he did.

Granddad admitted he shed a tear -- as did Miller -- when the Eagles won the Super Bowl in 2018. But he didn't cry when Miller was drafted. The tears for the draft were shed the night before, as he worried about his grandson.

Then he had a dream that the Eagles had drafted his son, and that dream came true. Miller is the first Philly native the Eagles have drafted since 2004. He's the second Penn State athlete the Eagles drafted this year; they drafted running back Miles Sanders in the second round.

"I'm just happy to be an Eagle, happy to stay home, ready to get to work with my new teammates and coaches," Miller said.

As overwhelmed as he is talking about being drafted by the Eagles, it's talking about the support of his family that brings tears to the eyes of 6-foot-4, 255 pound Miller.

"I'm just happy for them to be here for this moment, the two of them who have been here since day one," he said.