There's a myth that Bill Belichick has never smiled.

He says very little and shows very little emotion when speaking to the media - or doing anything, for that matter. 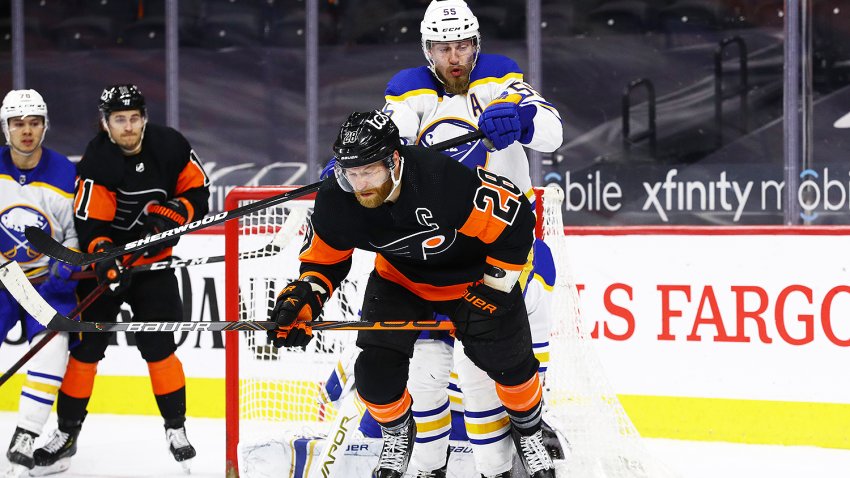 I mean, watch this.

But he has also won five Super Bowls and is considered one of the greatest NFL coaches of all-time.

So unless you have a deep and burning hatred for the Patriots - which most of Philadelphia probably does - you won't mind Shayne Gostisbehere's comparison.

While speaking on 94WIP Wednesday, the Flyers' defenseman likened his head coach Dave Hakstol to Belichick. Gostisbehere obviously wasn't comparing the track records of the two, but instead their personalities and coaching styles.

Gostisbehere came to the defense of his leader when a question was posed doubting Hakstol's motivational qualities.

Here's what he had to say:

People think he's quiet and intense. He's definitely an intense guy, but he always wants what is best for you and that's what we like about him. He never really cares what other people think. He takes a lot of heat from media because he doesn't give a lot.

[He] kind of looks like a Bill Belichick in a way, of how he addresses the media and what not.

You've got to like Gostisbehere backing his guy. At times, Hakstol tends to get a bad rap among the fan base for his decision-making and lack of emotion on the bench. He may come across as stern in front of the camera, but he without a doubt brings more personality than Belichick and provides thoughtfulness during his daily interactions with the media - after morning skates, practices, games, etc.

Gostisbehere was simply saying Hakstol, similar to Belichick, is close to the vest and doesn't like to reveal strategy when speaking publicly. And that's understandable and common in hockey.

Doug Pederson, the beloved Super Bowl-winning head coach of the Eagles, became disgruntled just last week when trying to do the same thing with his quarterback situation.

Hakstol is entering his fourth season with the Flyers. Last year, the Flyers had 42 wins and 98 points during the regular season, both highs under his watch. This 2018-19 team looks like his best group yet, so the attention on Hakstol will only intensify.

Don't expect him to change much because of it.