We begin our series reviewing the Flyers' 2016-17 roster with a look at the goaltenders. This is the first part of a four-part series.

What should have been a genuine competition in net for two players to win the prize of a long-term contract never did pan out for the Flyers this season.

Coming out of training camp, general manager Ron Hextall said goaltending was going to be the club's biggest strength with two goalies -- Steve Mason and Michal Neuvirth -- essentially being 1-A and 1-B.

Instead, they both failed terribly with inconsistent performances that mirrored the skaters in front of them.

With Neuvirth already locked up for next season, all signs point to Mason leaving via free agency. That means Hextall has to find a replacement for Mason.

"We'll use the best option that's realistic for us," Hextall said recently. "Obviously, you've got salary cap, you've got term. There's a lot of factors that go into this. It's not just one. It's not just OK, let's go out and get the best goalie, whoever that might be. 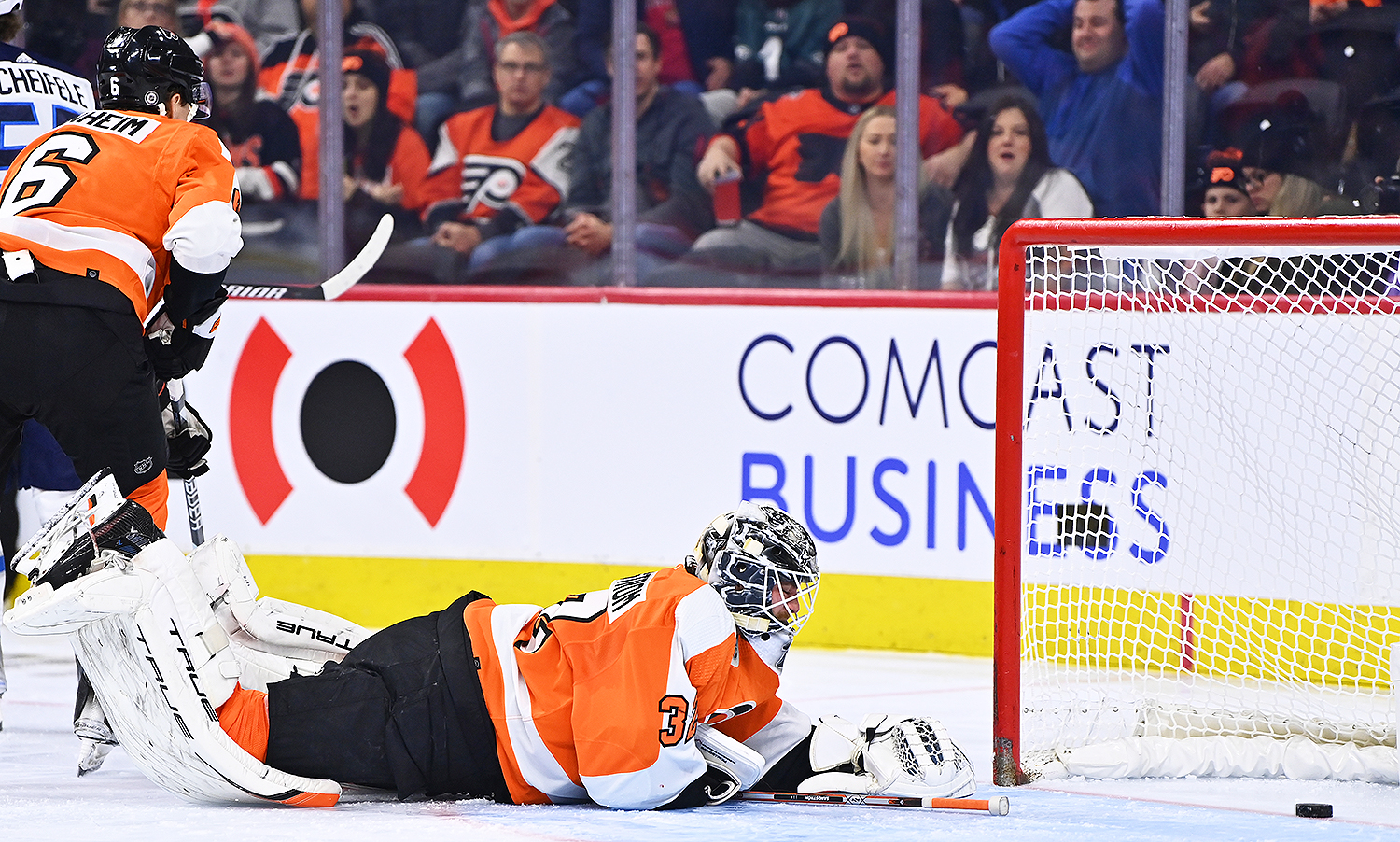 "If we can get him, there's more to it than that. We'll work through our process here and in the end, we'll figure out what's our best option for next year, and the following year and after. We do have kids coming, and I think everybody knows it.

"I don't have a lot of interest in getting into a long, drawn-out deal with a goaltender, but again we'll look at our options and move when we feel is our best option at the appropriate time."

Here's our look at the goaltenders (alphabetically) this past season.

We've got to give Mason this much credit: For a guy dealing from the bottom of the deck, he has a lot of guts. How else can you explain how he went into Hextall's office on breakup day and asked to know his status ASAP and oh, one more: I didn't like Dave Hakstol's goalie platoon idea, and if you want me back, that's a dealbreaker. This was Mason's poorest season among the four full ones in Philadelphia. He, like Neuvirth, was maddeningly inconsistent right from the get-go until the final 17 games, when he produced some impressive numbers as the club's true No. 1 -- 10-5-2 record, 2.14 goals-against average, .926 save percentage and two shutouts. In between, anything else was possible. There's a reason why the Flyers didn't re-sign him in-season like they did with Neuvirth. They feel he's going to want more term, more money and they have a slew of talent in the minors and Europe itching to get a chance to play in Philadelphia. At least one of the four goalie prospects will be NHL-ready within two years. Mason talked like a goalie going out the door down the stretch and yet, he played like one deserving of a new contract over the final month-plus. His unedited yet honest criticism of the team on a nightly basis earned him the respect of the media but did little to gather support within the room from teammates. Many felt he needed to shut his mouth. There are two kinds of goalies: those you play for and those you play in front of. The feeling was more than a few Flyers would choose the latter and those are not the type of goalies teams rally around to win Stanley Cups. It appears management realizes that could be a problem. He'll most likely go to free agency.

After a strong playoff performance in 2016 in which he showed he could be a No. 1 goalie again, Neuvirth came into the season much like Mason, knowing a good year would mean a new deal. Well, he got a two-year contract at a reduced price because of injury. A left knee strain caused him to miss 24 games this season. His start was poor -- e.g. four goals against on 16 shots vs. Chicago -- and despite a few wins, he continued to give up too many goals, showed some promise in February, but never really gained his footing in the crease. To his credit, he doesn't pout when he's not playing and he almost never criticizes the club in such a way as to offend his teammates. And teammates respect him for that. Near the end of the year, he collapsed in net from a sinus infection and dehydration and then concussed himself by passing out backward onto the ice. Hextall is convinced he'll have a bounce-back season next year, but the bottom line is that he'll never survive a full season and 30-32 games played is the most you can count on from him. Given the club chose him over Mason to re-sign, it's unlikely he'll be exposed in the expansion draft.

Remember the movie There's Something About Mary? Well, if the Flyers produced such a movie, it might be titled, There's Something About Stolie. As in, there's something about this 6-foot-6 giant that the organization doesn't like. Maybe it's his mechanics, which seem awkward at times. Or maybe it's because some in the Flyers' organization feel he makes the tough saves but gives up the easy one down low, or whiffs with the glove hand. He only had seven appearances this season. Hakstol flatly refused to play him when Neuvirth was injured -- Mason got 22 starts -- and that showed a lack of confidence. That apparently extends to Hextall as well. When asked during his after-the-season press conference whether he would be comfortable with Neuvirth as his starter and Stolarz as his backup next season, Hextall didn't answer the question in affirmative fashion. With Alex Lyon, Carter Hart and Felix Sandstorm all vying for the same opportunity Stolarz got in limited doses, the position of backup on this club remains unsolved. The door is not shut on Stolarz yet, but it's not fully open either. Stolarz suffered a torn meniscus in his left knee at season's end with the Phantoms and will miss up to four months. All meniscus tears require surgery. This is worse than an MCL sprain. The 23-year-old needs to have a great training camp to change people's minds in the organization that he's the real deal. And that's complicated by the fact his injury now sets him back. Expect him to be exposed in the expansion draft.

Up next: A look back at the defense.