“I think what Carson Wentz did is heroic and should be highlighted as an example of how an unbelievably skilled and competitive athlete understands the seriousness of concussion injury and is willing to honestly report it and receive the care that he needs independent of his desire and drive to continue to participate in the game,” Dr. Allen Sills told The Associated Press on Thursday. “Having a concussion and playing through it is not about toughness. That’s demonstrating a lack of understanding of the severity of the injury. So I applaud Carson Wentz for understanding how serious this injury is and for getting appropriate care that he needs.”

Wentz was injured when Seattle’s Jadeveon Clowney hit him helmet-to-helmet from behind in the first quarter of a 17-9 loss in an NFC wild-card game Sunday.

Wentz stayed in and threw a couple passes before reporting symptoms on the sideline. He was examined in the medical tent and went to the locker room for further evaluation after failing the concussion protocol. He was not allowed to return to the game.

“It’s a great example to players at all ages and levels that you only have one brain and you shouldn’t take chances with a brain injury,” said Sills, a neurosurgeon at Vanderbilt University Medical Center. “Brain injuries are different than other injuries. Anytime someone has a sprained ankle, you can see their ankle swell up or they dislocate a finger and you can see the finger pointing in the wrong direction. You can’t see a brain injury from the outside, but that does not make it any less severe or any less dangerous to the recipient than any of those other injuries.”

Because the independent spotters and the neurotrauma consultants monitoring the game did not see Wentz exhibit behavior or symptoms suggestive of a concussion and he had to tell the team’s medical staff, some media and fans have argued the league’s system for concussion detection is broken.

“I would vigorously disagree,” Sills said. “Video identification of (symptoms) is one part of a concussion identification. You’re not going to see things like amnesia or confusion on video, and that’s why all the other elements of detection are really important.”

Those elements include players being open and honest about their symptoms. Also, the team’s trainers and medical staff are relied upon to notice and report symptoms. So are coaches, teammates and game officials.

“You have to have people talking to the players,” Sills said. “You want to make the players and their officials and coaches and everyone aware of the symptoms because you’re not always going to see it on video, but yet there will be signs there if you’re looking at everything.”

The Eagles had an instance earlier in the season when linebacker Kamu Grugier-Hill didn’t report symptoms after taking a blow to his head and played the entire game. He later admitted lying to the medical staff about his symptoms and missed the following game because of a concussion.

Eagles coach Doug Pederson called it a “selfish act” and promised to remind players about the importance of reporting symptoms immediately.

Wentz missed the playoffs the two previous seasons because of injuries and watched Nick Foles lead the Eagles to a Super Bowl title two years ago. He led an injury-depleted team to four straight wins in December and was excited to start his first playoff game.

However, Clowney’s shot knocked him out of it after only two series. Clowney wasn’t penalized for a late hit and the league still hasn’t determined whether he’ll be fined.

“I just applaud him for setting the example that we want all players to follow,” Sills said of Wentz. “The Eagles medical staff acted immediately and appropriately as soon as they were aware of the diagnosis. They didn’t treat this player any differently than they would have a backup or if this was a preseason game. Our concussion protocol and our care is the same in every single game, no matter who the player is or what the situation or what the implications are.” 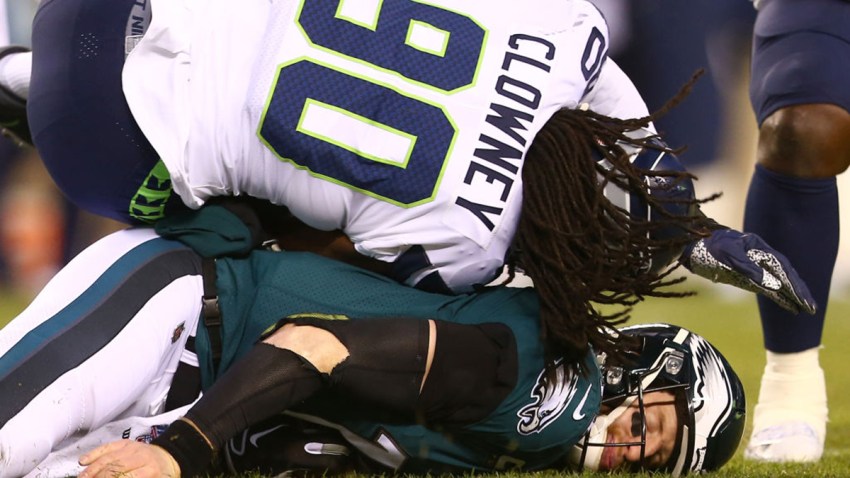 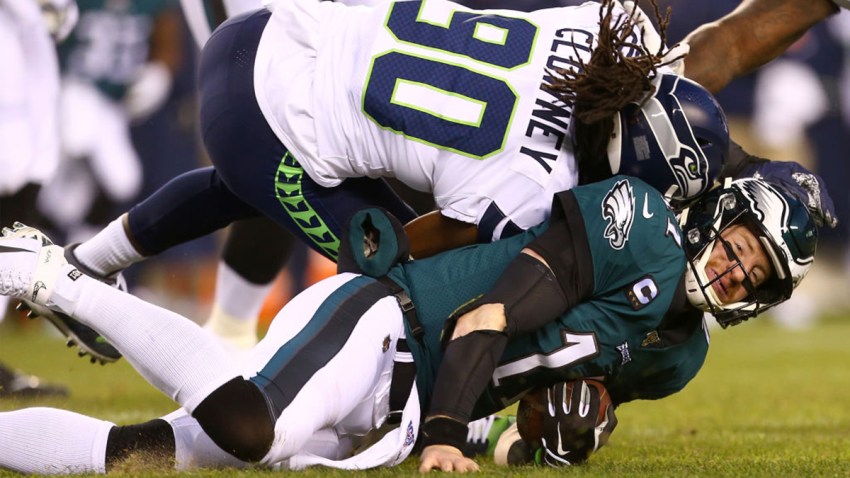 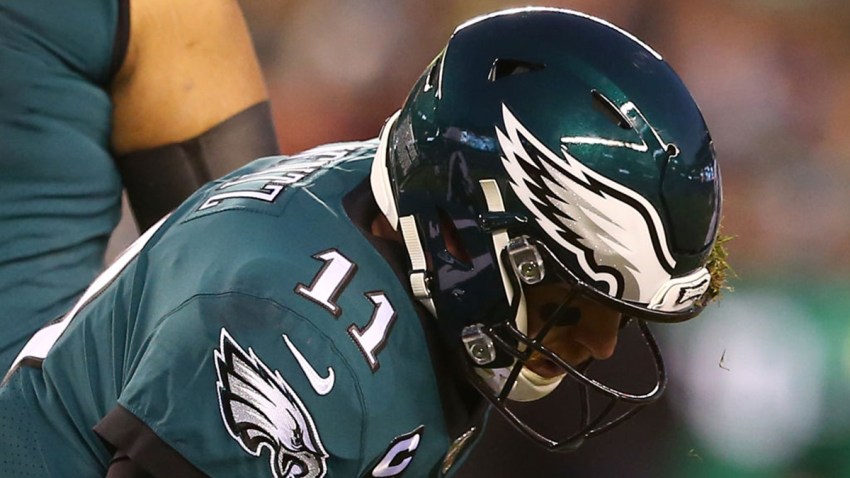