Mack Hollins must be so excited to lay out his clothes the night before an Eagles game.

Because you know he doesn't just yank a jersey out of his closet and toss it on - the guy knows his Eagles history and rocks a specific jersey with purpose as he arrives to the Linc for each home game. 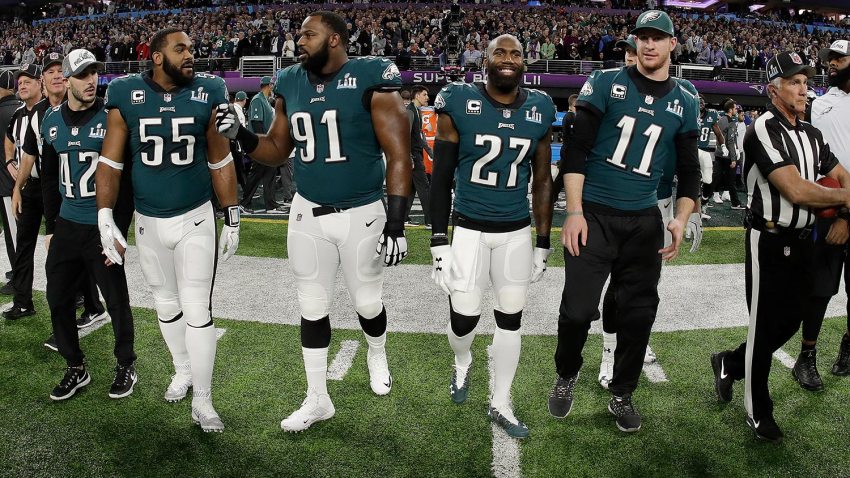 Where Did the Eagles’ Super Bowl Roster Disappear to?

He honored Brent Celek in Week 1, saluted Brian Westbrook during Week 3 and rolled with Ike Reese for Week 5.

In the Eagles' anticipated return home Week 9 following three straight road games, Hollins went with another good one before Sunday's game against the Bears.

Jon Runyan played for the Eagles from 2000 to 2008 and was a Pro Bowler in 2002. Following his playing days, the former offensive lineman was elected to the U.S. House of Representatives for New Jersey's 3rd Congressional District from 2011 to 2015 and he's currently the NFL's vice president of policy and rules administration.

"Another week, another legend," Hollins said. "Like he always said: 'It ain't holdin' unless they penalize you.'"

Hollins then added: "And don't forget to vote."