The gelding's trainer, Richard Mandella, told reporters the horse had recently returned to racing after being away for a rest

Horse racing continued Sunday at Santa Anita Park, one day after dueling demonstrations for and against the sport preceded the death of a 33rd horse at the facility since December 26.

The latest casualty was a 5-year-old gelding named Ky. (Kentucky) Colonel who collapsed and died from an apparent heart attack after jogging around the Arcadia racetrack Saturday afternoon.

The gelding's trainer, Richard Mandella, told reporters the horse had recently returned to racing after being away for a rest. Colonel had five wins in 20 career starts. He last raced in May at Golden Gate Fields in Northern California.

On Saturday morning, as they have on many previous weekends this year, members of Horseracing Wrongs and other animal-rights groups gathered outside the track to protest the deaths and call for a ban on the sport. 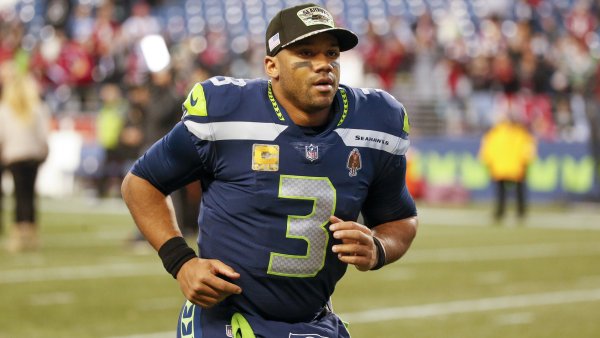 Also Saturday, about 50 workers and supporters of horse racing rallied outside the track's main entrance, holding signs expressing their love of horses and support for the jobs the industry provides in California.

"Reform is working, the other side does not want to negotiate, they do not want to understand that we're doing everything we can to help and protect the animals," horse racing supporter John Valenzuela said. "Our main thing is the horses. Our horses (are) our lives. Why wouldn't we protect them?"

Despite the excitement among horse-racing enthusiasts for that event, the sport as a whole has come under increased pressure in response to the spate of deaths during Santa Anita's most recent meet.

Racing was halted at the track for most of March while examinations were conducted on the track. Races resumed April 4 after the state horse racing board approved a series of safety measures, and Santa Anita officials announced a series of steps aimed at bolstering the safety of horses at the track, including restrictions on certain medications, requiring trainers to get permission in advance before putting a horse through a workout and investing in diagnostic equipment to aid in the early detection of pre-existing conditions.

Santa Anita and the California Horse Racing Board also created a "safety review team" that evaluates all horses at the track. The panel of veterinarians and stewards has the authority to scratch a horse from a race if even one panelist questions the animal's fitness.

"Ky. Colonel's body should be taken directly to the Los Angeles district attorney's office and laid on her doorstep. It's been seven months since the DA acted on PETA's request and launched an investigation. We still have no answers about the condition of the horses, the medications they were on, and the possible complicity of trainers and veterinarians in their deaths, and horses are still dropping like flies," Guillermo said. "Horses don't simply sustain broken bones and young horses shouldn't be dying of heart attacks. There is plenty that's rotten with these deaths, and the longer it takes the DA to release her findings, the more horses will perish. California, New York -- where 25 horses have died at Belmont -- and all racing states should suspend racing until real answers are supplied and the carnage is ended.''

Los Angeles County District Attorney Jackie Lacey created a task force in April of what she described as "experienced deputy district attorneys and sworn peace officers with varied expertise within my office" to "thoroughly investigate and evaluate the evidence to determine whether unlawful conduct or conditions affected the welfare and safety of horses at Santa Anita Park.''