Chuck Fletcher continued his wheeling and dealing Friday night at the 2019 NHL draft.

OK, it wasn't anything too crazy, but the Flyers' general manager traded the No. 11 overall pick to the Coyotes in exchange for the 14th and 45th overall selections.

With the No. 14 pick, the Flyers drafted defenseman Cam York out of the U.S. national team development program. York, a 5-foot-11, 172-pound lefty shot, is an aggressive, offensive-minded blueliner. The Anaheim Hills, California, native scored 65 points, a USNTDP single-season record for a defenseman, was a plus-56 and is headed to Michigan. 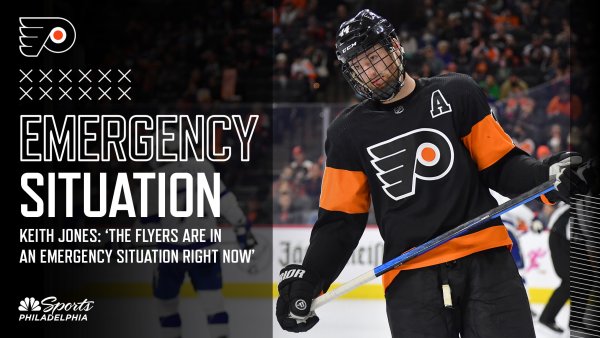 Keith Jones: ‘It's an Emergency Situation Right Now' for Flyers 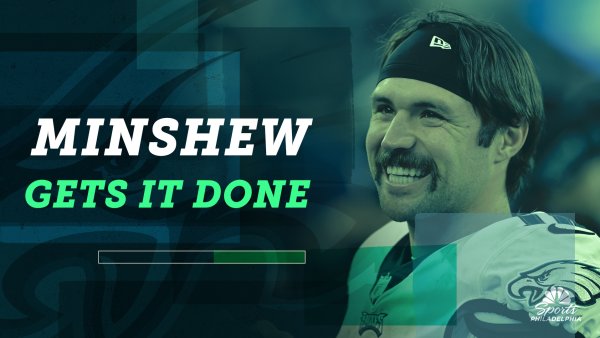 Didinger: Minshew ‘Did Everything You Could Ask' in Win

York became the first defenseman drafted by the Flyers in the first round since Ivan Provorov (2015). He's also the Flyers' second straight first-round pick out of the USNTDP after the team drafted winger Joel Farabee at No. 14 last summer.

"As a kid, this is what you dream of," York said on the NBCSN broadcast. "Really happy to be a Flyer."

York was the fourth-ranked defenseman in the draft by TSN's Craig Button. He turned out to be the fifth blueliner taken Friday night, after Bowen Byram, Moritz Seider, Philip Broberg and Victor Soderstrom. The Flyers clearly liked York over some of the others. When they traded back, Soderstrom went to the Coyotes at No. 11.

York notched 14 goals and 51 assists in 63 games with the U.S. national U-18 team. He is skilled with the puck on his stick and loves to think offense.

One of the best rushes I've seen from Cam York.

Great spin move on the defender, and somehow manages to keep great control with one hand on his stick. Works the goal line to lose his defender and cuts back to the net, nearly a highlight real finish.#2019NHLDraft pic.twitter.com/HylhxNBTqK— Evan (@Shattenkirk) June 13, 2019

The Flyers had a chance to draft 5-foot-7 sniper Cole Caufield, who was considered the best goal-scorer in the draft. He put up 72 goals and 100 points in 64 games this season with the U.S. national U-18 team (more on that here).

Assistant general manager Brent Flahr said last week that the Flyers had a couple of defensemen on their top-10 list. The Flyers have goals of replenishing the position throughout this draft.

Day 2 begins Saturday afternoon with Rounds 2-7. The Flyers hold eight picks. With the trade, Fletcher gained back a spot in the second round after losing their second-round pick in the Justin Braun trade. The Flyers also gave up their fifth-round selection in the Kevin Hayes trade.

Here are the Flyers' picks for Saturday: