GOP officials around Pennsylvania say there's growing interest in primary challenges to Republican lawmakers who seem unwilling to more forcefully take on the past election, and future elections

One Pennsylvania state senator's campaign to carry out former President Donald Trump's vision of a “full forensic investigation” into last year's election has blown up into an intra-party war and a political opening for Democrats.

It is also something Republican officeholders can seemingly no longer ignore.

Previously dismissive of it — “we don't need to relitigate 2020,” he said in June — the state's top Republican senator came out after weeks of being labeled the chief obstacle and declared his support for the undertaking.

Meanwhile, a behind-the-scenes intracaucus struggle blasted into the open over the past week in a public feud between Corman and state Sen. Doug Mastriano, a Trump loyalist and the figurehead for bringing an Arizona-style election audit to Pennsylvania.

Corman — the son of a state senator generally viewed as preferring consensus over hardball politics — now faces calls for a primary challenger, even as he and Mastriano made the rounds of right-wing broadcasters to accuse each other of being the true obstacle to an audit, and claim the mantle of being the true champion of an audit. 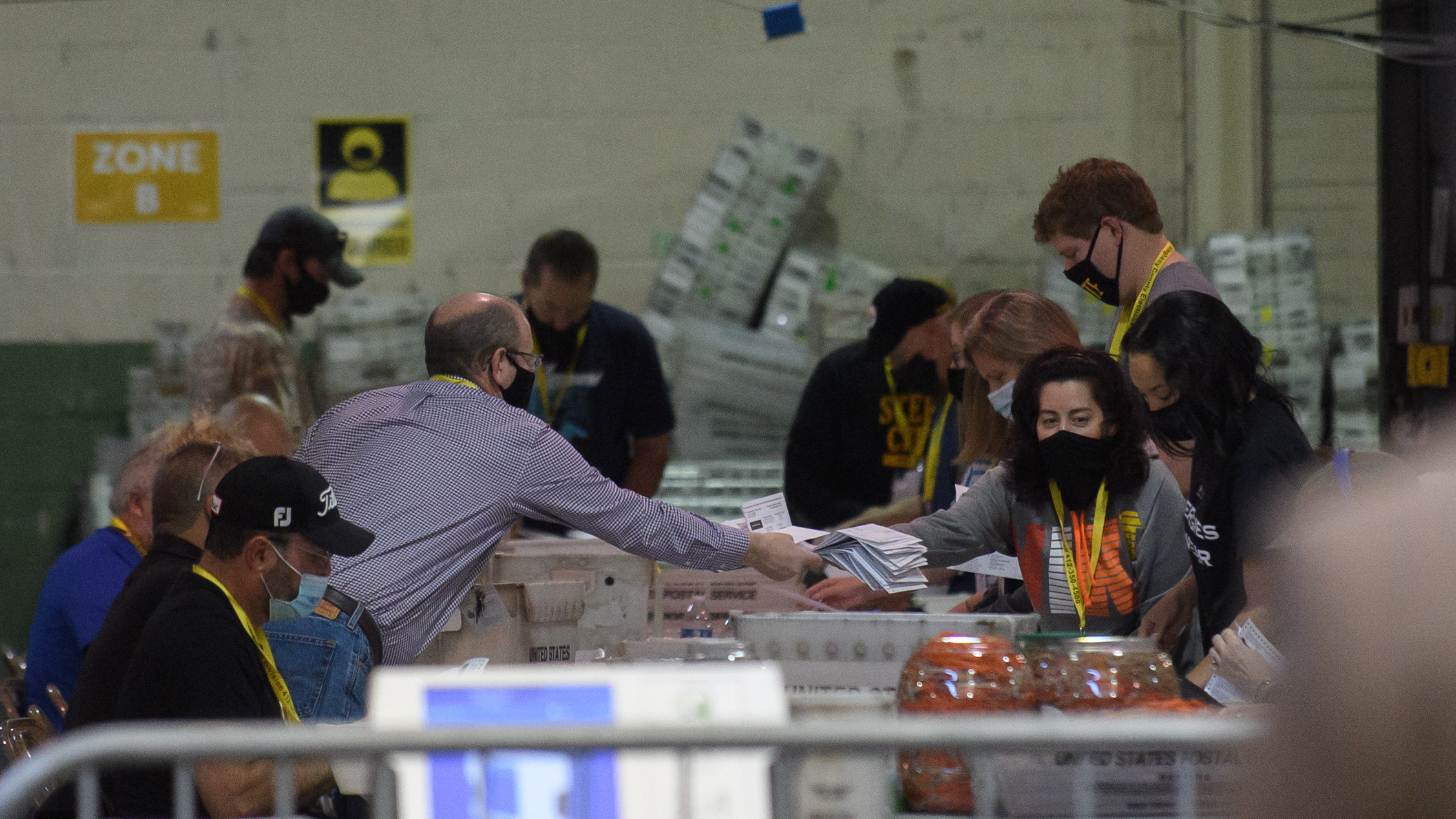 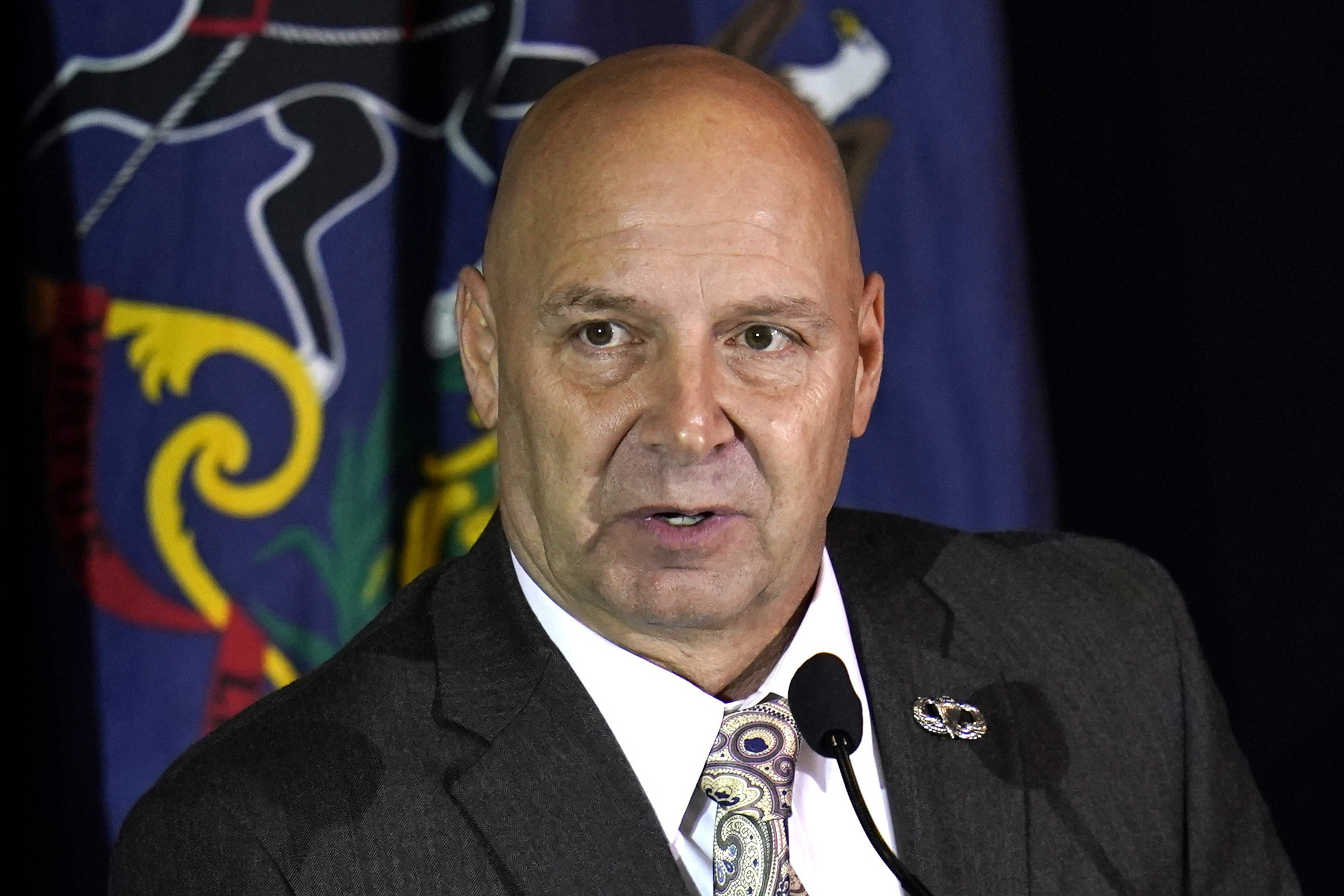 Corman's sudden show of support for an audit comes amid what GOP officials around Pennsylvania say is rank-and-file unrest and growing interest in primary challenges to Republican lawmakers who seem unwilling to more forcefully take on the past election, and future elections.

Trump’s false claims of a stolen election have been debunked by the courts, his own Justice Department and numerous recounts, and the prospect of a review modeled on the widely discredited “audit” dragging out in Arizona worries some Republican Party officials in politically divided Pennsylvania.

Republican state lawmakers had, to this point, avoided the subject by pointing to hearings they held, reports they produced and legislation they drafted to, in their view, fix Pennsylvania's election law.

While Corman and other Republican senators generally avoid repeating Trump’s baseless election claims, they still perpetuate the idea that Democrats cheated by distorting the actions of Democratic state judges and officials leading up to last year’s election as “unconstitutional” or “illegal."

Despite Democrat Joe Biden beating Trump by more than 80,000 votes in Pennsylvania, an audit has fast become a Republican litmus test on the crowded campaign trail for governor and U.S. Senate.

The state Republican Party has sought to raise money off it while groups supporting an audit have sprung up and begun holding events.

“It’s a very big deal,” said Kristine Eng, the chair of Centre County's Republican Party, Corman's home turf. “It is something that people really want to start looking into because we all know something wasn’t right. So I’m glad that our legislators are acknowledging the will of the people and working to do the audit.”

Meanwhile, state lawmakers are out of step with an idea popular with candidates and county party chairs: repealing the 2019 state law that vastly expanded mail-in voting, even though it would surely be vetoed by Democratic Gov. Tom Wolf.

“A lot of that primary pressure goes back to Act 77,” Washington County GOP chair Dave Ball said. “I think that both the House and Senate lawmakers, unless they take some significant action on Act 77, there’s going to be a lot of people who are going to want to primary people who voted for Act 77.”

The Democratic Party hasn't been idle, either.

It has repeatedly blasted Corman as too cowardly to stand up to right-wing conspiracy theorists and run ads online against three Republican senators in moderate southeastern Pennsylvania who are up for re-election next year.

“Bucks County voted for Joe Biden, but Bob Mensch is doing nothing to protect his voters’ ballots and privacy against a sham election audit,” the party wrote in a Facebook ad it ran.

For his part, Corman has tried to signal that the audit he envisions will avoid the partisan pitfalls of the one run by Arizona's Senate GOP.

Still, doubters among the Senate GOP suggest that backers of an audit really just want to overturn the election and reinstate Trump.

“That is the underlying rationale for many who support an audit," Sen. Gene Yaw, R-Lycoming, wrote on his Senate website about people contacting his office. "Unless there is a coup, which is not going to happen in the United States, the 2020 election is over.”