Trump's director of Election Day Operations, Mike Roman, got his start in a 1993 state senate race where a court overturned election results.

A veteran Republican operative who got his start in politics by helping to persuade a judge to throw out hundreds of mail-in ballots is organizing an “army” of volunteers for President Donald Trump's campaign to monitor voting in Democratic-leaning areas on Tuesday.

Mike Roman, Trump's director of Election Day Operations, is a former White House aide from Pennsylvania who gathered claims in 1993 of voter fraud, resulting in a court ruling overturning election results and getting his candidate seated in the Pennsylvania State Senate.

It's a strategy that Trump has been advocating on Twitter and on the stump.

For months the president has been trying to undercut the validity of mail-in ballots, a long-used method of voting that was up this year because of the COVID-19 pandemic. Over the last week, Trump has also suggested that any votes tabulated after Election Day are suspect, even as his campaign has opposed plans by elections officials to start counting mail-in ballots early.

Roman, who previously ran the secretive in-house intelligence unit for the political network led by GOP mega-donors Charles and David Koch, has organized what the campaign claims is 50,000 poll watchers. Many of them registered through an “Army For Trump” website that asks his supporters to “enlist” in his reelection fight. The campaign also has hired full-time staff in at least 11 battleground states to organize the effort, several of them young lawyers.

“Our Elections Day Operations are designed to make sure that everyone that is legally entitled to vote has the opportunity to vote, once,” Erin Perrine, the Trump 2020 director of press communications, says in a video aimed at recruiting volunteers. “We all know that the Democrats will be up to their old dirty tricks on Election Day to make sure President Trump doesn’t win. We cannot let that happen.” 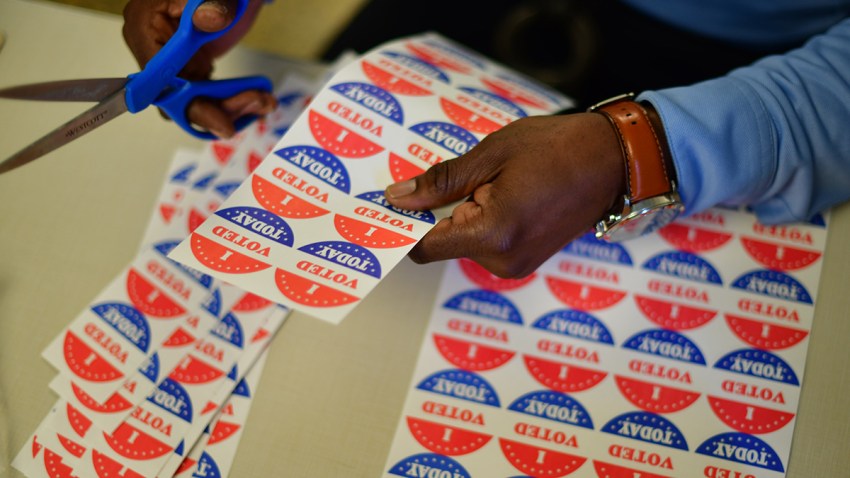 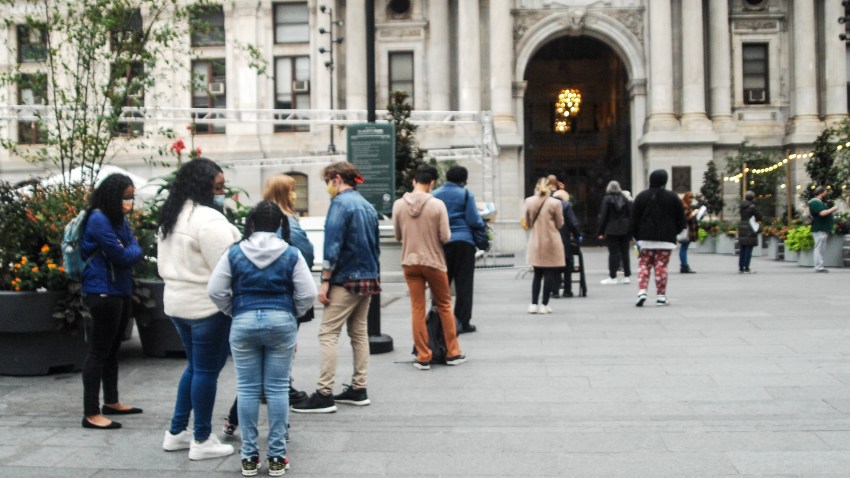 Right to Peace at the Polls: What Is Voter Intimidation and How to Report It

The Trump campaign portrays its Election Day Operations effort as traditional poll-watching long carried out by both parties. But Democrats and some Republicans who have followed Roman’s political career are worried that Trump’s team is interested more in sowing doubt about the vote than safeguarding it.

“Mike Roman has made many unsubstantiated allegations of fraud and rigging, he has a history and general reputation as someone who stirs things up, so his presence in any Election Day issues gives me pause,” said Rick Hasen, a law professor at the University of California, Irvine, who studies elections law.

Both campaigns have zeroed in on Pennsylvania as the battleground state that might decide the election. Speaking about the Keystone State on Sunday, Trump said that when election night is over, “We’re going in with our lawyers.”

“I don’t think it’s fair that we have to wait a long period of time,” Trump said. “They should have put their ballots in.”

Roman, who declined to comment for this story, has experience doing what Trump describes.

He got his political start running ballot security operations in Philadelphia for Republican Bruce Marks, who campaigned for the Pennsylvania State Senate in 1993 and lost narrowly to his Democratic opponent.

As Roman and Marks tell it in a June blog post on Marks’ website, control of the Pennsylvania State Senate turned on the race, and “the Democratic machine’s operatives descended on the District to steal the election.” Their legal team later convinced a federal judge that there were so many ballots in Latino neighborhoods with irregularities that he threw out hundreds of ballots, overturning the result and sending Marks to a State Senate seat.

Marks, who has made his legal career representing wealthy Ukrainian and Russian clients and briefly defended Trump’s 2016 campaign, said Roman's working-class background gave him an innate understanding of ballot-box politics.

“He is not some Ivy leaguer with a bow tie, he learned what it is like to be exposed to elections and face voter fraud on the street,” said Marks, adding that Roman grew up in a rowhouse. “If there are problems on Election Day and after, I am ready and willing to help. Mike is a great guy.”

In the 2008 presidential election, Roman made a splash by promoting a video of two members of the New Black Panther Party standing outside a polling place in Philadelphia, one of them holding a billy club. Though no violence occurred, the video was hyped nationally by those on the right as evidence of Democratic voter intimidation, while those on the left criticized it as an attempt to stoke racial divisions during the election of the nation’s first black president, Barack Obama.

The New Black Panther video raised Roman’s profile within the Republican Party, and he soon landed a job at the Koch network investigating Democrats, environmental activists and others on the left. A 2014 tax return for the Koch-supported Freedom Partners Chamber of Commerce Inc. lists Roman’s title as vice president of research, and says he was paid more than $285,000 in annual salary and benefits.

In 2016, the Kochs disbanded the intelligence unit and Roman went to work for the Trump campaign organizing poll-watching operations. After Trump won, Roman landed a job in the office of then-White House counsel Don McGahn as director of special projects and research, though it is not immediately clear what his duties entailed.

Roman left the White House in 2018 and soon shifted back to Trump’s campaign. There he has led an aggressive effort that hasn’t waited for Election Day to begin challenging the voting process.

In Pennsylvania last month, a Trump campaign lawyer submitted surveillance photos of three voters who appeared to be depositing more than one ballot in an elections drop box. Under state law, voters must return their own ballots unless they are disabled or otherwise unable to do so for themselves. However, elections officials said the Trump campaign produced insufficient evidence to prove the voters in the photos were violating the law.

The Pennsylvania complaint appears to be part of a wider national strategy by Trump and his allies to raise accusations of voter fraud and challenge ballots in areas with high rates of registered Democrats.

In Texas, Republicans sought to toss out almost 127,000 votes cast from drive-thru lanes in the Democratic stronghold of Harris County, which includes Houston. Both the GOP-dominated Texas Supreme Court and a federal judge appointed by President George W. Bush rejected claims that drive-thru voting is illegal.

And some Democrats and election watchers also worry that Trump allies may seek to intimidate voters headed to the polls.

In Minnesota last week, the head of the Minneapolis police union forwarded an email to members seeking 20 to 30 retired officers to help serve as “poll challengers” at precincts in “problem” areas of the city. The message was signed by William Willingham, whose email signature identified him as a senior legal adviser and state director of Election Day operations for the Trump campaign.

“Poll Challengers do not ‘stop’ people, per se, but act as our eyes and ears in the field and call our hotline to document fraud,” said the email, a copy of which was obtained by the Minneapolis Star Tribune. “We don’t necessarily want our Poll Challengers to look intimidating, they cannot carry a weapon in the polls due to state law. … We just want people who won’t be afraid in rough neighborhoods or intimidating situations.”

The Trump campaign later tried to distance itself from the request for retired cops, but the email reinforced fears among voting-rights advocates that the Trump campaign could revive old voter-suppression tactics.

In 1981, the Democratic Party sued the Republican Party after a disputed state election in New Jersey where GOP officials hired off-duty police officers to patrol Black and Latino neighborhoods wearing armbands that read “National Ballot Security Task Force.” Without admitting any wrongdoing, the Republican Party agreed to a national consent decree the following year to forgo such tactics. However, at the behest of the GOP a federal judge allowed that agreement to expire in 2017.

In August, Trump himself suggested his campaign might send law enforcement officials to voting sites.

Federal law prohibits intimidation at the polls and makes it illegal for any federal officer to order “troops or armed men” to polling places, unless needed to “repel armed enemies of the United States.” But such statements from the president have stoked concerns among voting-rights advocates that some Trump supporters may take it upon themselves to show up outside polling sites in military style-gear, brandishing semi-automatic weapons.

Reed Galen, a veteran political consultant who worked for John McCain's presidential bid before leaving the GOP after Trump’s nomination, said he was concerned about Roman’s involvement with Trump’s Elections Day Operations after hearing about his reputation as a local operative in Philadelphia.

“Here you have the Army for Trump that might be official, enrolling people through the texting mechanism, but there might be tens of thousands of other people taking their own initiative” and may become violent, said Galen.

“This is what this guy does and it is bad news,” he said.