Comments focusing on gender — as well as the media’s focus on them — are a sore spot for Democrats who fear a repeat of 2016, when they believe presidential nominee Hillary Clinton was defeated in part because of sexist attitudes

She's too ambitious. She's not apologetic enough. She should smile more.

The debate over Joe Biden's running mate has recently ticked through a familiar list of stereotypes about women in politics as the Democratic presidential candidate and his allies stumble through a search they had hoped would stand out for its inclusion and diversity.

Instead, the vice presidential vetting has resurfaced internal party divisions between the old-guard establishment and a younger generation that's more attuned to gender and racial biases and willing to speak out. Some contend it's just more evidence of why Biden needs a woman on his ticket. 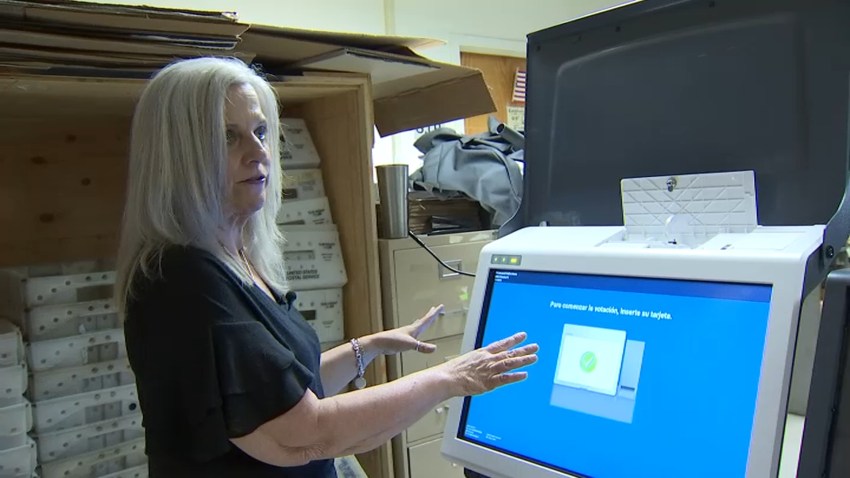 “The fact is that although we’ve come really far in the last 100 years, we haven’t come far enough for women candidates to be treated with the same level of decency as the male candidates are," said Donna Brazile, a former Democratic National Committee chair.

With Joe Biden expected to announce his running mate in the coming days here's a look at top contenders, and most are women of color.

Biden, the presumptive nominee, has said he will pick a woman as his number two and he would probably reach a decision this week, though a formal announcement could come later.

The scrutiny of his choices has intensified in recent weeks, while allies have weighed in, sometimes in ways that feed the tensions.

On Monday, Ed Rendell, a former Democratic Party chair and a Biden ally, was quoted in The Washington Post noting that there has been recent buzz about former national security adviser Susan Rice. He observed that Rice was smiling during a TV appearance, “something that she doesn’t do all that readily,” and that she was “actually somewhat charming.”

Rendell, 76, has commented on another candidate's demeanor, too, telling CNN last week that California Sen. Kamala Harris can “rub people the wrong way.”

Some see that sort of commentary — docking women for being aggressive and rewarding them for intangibles such as likability — as the sort of bias they say has dogged women in politics for decades.

Rendell said in a phone interview Monday that any suggestions his comment about Rice was sexist were “ludicrous." He said it was a compliment, a description of a good candidate, no different from when people commented on Richard Nixon smiling more on the comeback trail.

“This country is so nuts,” he said of criticism of his choice of words, blaming it partly on the media. “We’re going crazy.”

Politico recently reported that former Connecticut Sen. Chris Dodd, the co-chair of Biden's vetting committee, was concerned that Harris, a former presidential candidate, was not sufficiently regretful about attacking Biden during a primary debate. Others have criticized Harris, who is considered a top prospect, as too ambitious.

Stacey Abrams, the former minority leader of the Georgia House of Representatives and 2018 governor candidate, was similarly criticized for touting her credentials for the VP job. She pushed back, saying it would be a disservice to women of color and “women of ambition" to not be forthright.

She said Sunday on MSNBC, “When you do something different, when you meet the standards that are normative for men with a behavior that they don’t expect from you, either as a woman or person of color, then you’re going to get critiqued.”

Rice is Black. Harris’ parents are both immigrants, her father from Jamaica, her mother from India.

That some comments and criticism are coming from older, white men with longtime relationships with the 77-year-old, white Biden has been noted.

Glynda Carr, president of Higher Heights for America, a group that aims to help increase Black women’s political power, said she believes it’s a reaction — conscious or subconscious — from male leaders who “may feel their type of leadership will be hard to maintain” with today’s electorate.

Carr compared them, without naming names, to “dinosaurs in extinction.” She urged the Biden campaign to wrap the process up soon.

“I do think the longer we go there are diminishing returns because everybody feels they need to chime in,” she said.

Comments focusing on gender — as well as the media’s focus on them — are a sore spot for Democrats who fear a repeat of 2016, when they believe presidential nominee Hillary Clinton was defeated in part because of sexist attitudes.

They note that Biden himself is a former vice president — with enough ambition to fuel his third run for the presidency — and say no one would criticize Republican Vice President Mike Pence for eyeing the top job. And they say the conversation about the candidates has been focused on motives, demeanor or personality traits at a level far greater than it would be, or has been, when men are being considered.

Antjuan Seawright, a veteran South Carolina Democratic strategist, says the media are intent on ginning up conflict and finding dirt on rising leaders.

“I hope that this process doesn’t devolve into what some are trying to make it out to be — and that’s pitting two African American women that are pivotal to this party and this country against each other," he said.

However, lifelong experience with sexism and racism will only help potential running mates make better leaders for a country dealing with a global pandemic, racial injustice and other crises, said the Rev. Barbara Williams-Skinner, one of more than 100 Black clergy who have urged Biden to choose a Black woman as a running mate.

“It is always harder for women. When you’re at that level of power, you have to be ready for that fight, and you have to expect it," she said, adding that the scrutiny men face is “much fairer."

“We’d all like to see a day when women are treated more fairly,” she said. "We’re not in that day.”