County election officials warn that without early counting of more than 2.6 million mail-in ballots the winner of Pennsylvania in the Nov. 3 presidential election may take days to determine.

With 15 days until the Nov. 3 presidential election, Republican lawmakers in the battleground state of Pennsylvania appeared unwilling Monday to authorize counties to process mail-in ballots before Election Day, seen as crucial to producing a prompt election result.

A spokesperson for the House Republican majority said in a statement that they have no plans to consider changes to election laws that will affect the Nov. 3 election.

County officials are still pushing for the change and say it could ensure the vast majority of ballots are counted within hours of polls closing.

They say that waiting until Election Day to dig into roughly 3 million mail-in ballots could require days to process enough ballots to project a winner in the presidential contest. 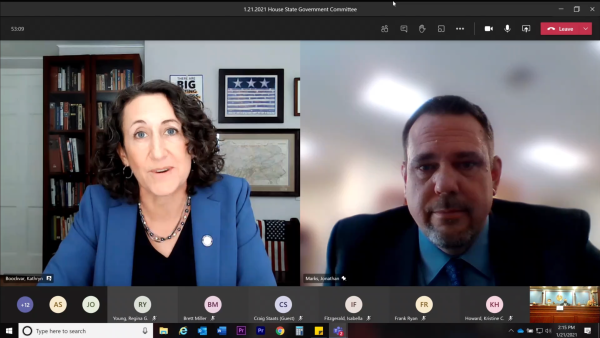 Talks had stalled last week as House Republicans insisted that they would vote to allow counties to pre-process mail-in ballots in a package with provisions that Democratic Gov. Tom Wolf has threatened to veto.

Those provisions line up with fights that President Donald Trump’s campaign and the Republican Party are trying to win in the courts.

They include banning drop boxes that some counties are using to collect mail-in ballots and trying to lift a county residency requirement on certified poll watchers amid Trump’s calls for his supporters to “go into the polls and watch very carefully.”

Hundreds of thousands of Philadelphia-area residents are voting by mail in the 2020 general election which is more than any recent election. And Pennsylvania law prohibits them from being counted before Election Day. That means Election Day will likely stretch into Election Week explains NBC10's Randy Gyllenhaal.