Tensions Rise Over Masks as Virus Grips Smaller US Cities

The tensions are flaring amid an epic surge in U.S. deaths, hospitalizations and infections

Arguments over mask requirements and other restrictions have turned ugly in recent days as the deadly coronavirus surge across the U.S. engulfs small and medium-size cities that once seemed safely removed from the outbreak.

In Boise, Idaho, public health officials about to vote on a four-county mask mandate abruptly ended a meeting Tuesday evening because of fears for their safety amid anti-mask protests outside the building and at some of their homes.

One health board member tearfully announced she had to rush home to be with her child because of the protesters, who were seen on video banging on buckets, blaring air horns and sirens, and blasting a sound clip of gunfire from the violence-drenched movie “Scarface" outside her front door.

“I am sad. I am tired. I fear that, in my choosing to hold public office, my family has too often paid the price,” said the board member, Ada County Commissioner Diana Lachiondo. “I increasingly don’t recognize this place. There is an ugliness and cruelty in our national rhetoric that is reaching a fevered pitch here at home, and that should worry us all."

Boise police said three arrest warrants were issued in connection with the demonstrations at board members' homes.

In South Dakota, the mayor of Rapid City said City Council members were harassed and threatened over a proposed citywide mask mandate that failed this week even as intensive care units across the state filled with COVID-19 patients.

The tensions are flaring amid an epic surge in U.S. deaths, hospitalizations and infections over the past several weeks.

Barbara Ferrer, the L.A. County public health director, on Wednesday fought back tears as she delivered an update on the 8,000 Angelenos lost to the coronavirus.

The U.S. topped 3,000 deaths Wednesday in what is a single-day record, according to the COVID Tracking Project. That's surpassed the level seen during last spring's peak in and around New York City. New cases per day have rocketed to more than 200,000 on average, and the number of patients in the hospital with COVID-19 stood at almost 105,000 on Tuesday, another all-time high.

The grim figures led the usually stoic health director of the nation's most populated county to become emotional. Barbara Ferrer described “a devastating increase in deaths” in Los Angeles County, with the total hitting 8,075 on Wednesday.

“Over 8,000 people who were beloved members of their families are not coming back,” Ferrer said, fighting back tears.

Meanwhile, protesters in Montana’s Gallatin County have gathered for two consecutive weeks outside the Bozeman home of county health officer Matt Kelley to decry regulations, including a statewide mask mandate. They have carried signs reading, “We refuse to be your experiment” and “Oxygen is essential.”

Health and Human Services Secretary Alex Azar on Wednesday said the country was still on track to have enough doses to vaccinate 20 million Americans by the end of 2020 and 50 million by the end of January 2021.

In Montana’s Flathead County, where officials recorded 17 coronavirus-related deaths over 18 days and resistance to masks runs strong, the interim public health officer is resigning when her contract is up at year's end, citing a lack of support from local authorities for measures to control the scourge.

In Helena, Republicans who control both chambers of the Montana Legislature denied a request by Democratic lawmakers to require masks be worn inside the Capitol during the legislative session next month.

In Missouri, Greene County officials recorded 51 COVID-19 deaths in the first eight days of December as hospitals overflow and hundreds of health care workers are quarantined. The area’s two major hospitals asked the city of Springfield, the county seat, to renew the city’s mask mandate before it expires in January. The county itself does not have a mask mandate, nor does the state.

Empty shelves and crowded aisles are making a reappearance just as COVID-19 is surging again across the country. Many retailers have imposed or reimposed strict limits on some products, but experts insists there is no need to panic buy or panic clean.

As the deaths pile up, Springfield Mortuary Services owner Brian Simmons is overseeing the embalming and cremation of COVID-19 victims as his own 48-year-old daughter battles the virus. She spent the past week hospitalized on a ventilator in one of the city’s overwhelmed hospitals.

“You are just helpless,” he said. “There is nothing you can do about it. We haven’t seen her since she’s gone in."

South Dakota has suffered through the country’s worst rate of COVID-19 deaths per capita over the last week, but Gov. Kristi Noem has been ardent in her opposition to mask mandates or other aggressive efforts to slow infections.

That hands-off approach drew vocal support at Rapid City Council meetings, even as doctors warned that the only large hospital in the western half of the state is facing a crisis and patients are being flown out of the state. The meetings drew hours of testimony from people who said the dangers of the virus are overblown and that mask requirements violate their liberties.

Dr. Stephen Neabore, who works in the biggest hospital system in the region, said he has been frustrated as he tries to persuade people to wear masks. After working in New York City and studying medicine in England, he said, he sees a distinct skepticism toward government around him.

“I still see people out here that will tell me that they don’t believe it’s any worse than a common cold,” he said.

The City Council in Palmer, Alaska, rejected a mask mandate Friday for the community of 7,300 residents about 45 miles north of Anchorage.

Opponents questioned the effectiveness of masks, wondered why a mandate more common in larger communities was even being considered, and threatened to take their business online or to the neighboring city of Wasilla, which doesn’t have a mask order.

Dr. Anthony Fauci on Tuesday delivered remarks as he prepares to join President-elect Joe Biden as a chief medical adviser. “Whether it’s maintaining social distancing and not congregating indoors or the 100-day challenge [Biden’s] described on masking, or to get as many people vaccinated as possible,” Fauci said, “these actions are bold, but they are doable and essential to help the public avoid unnecessary risks.”

Many implored the City Council not to follow the steps of “liberal” Anchorage in forcing residents to require face coverings.

“We are not Anchorage and should not be treated as if we are,” Rhonda Hayhurst said in an email to the council. “I moved out here to get away from tyranny as being imposed by the Anchorage administration.”

Coronavirus deaths also have been rising rapidly in rural parts of Iowa, where many people disdain masks. Among the hardest hit is O’Brien County, population 13,800, where 42 deaths have been blamed on the virus.

Ty Rushing, who covers the region as managing editor of the Northwest Iowa Review, said obituaries in his newspaper have been piling up. 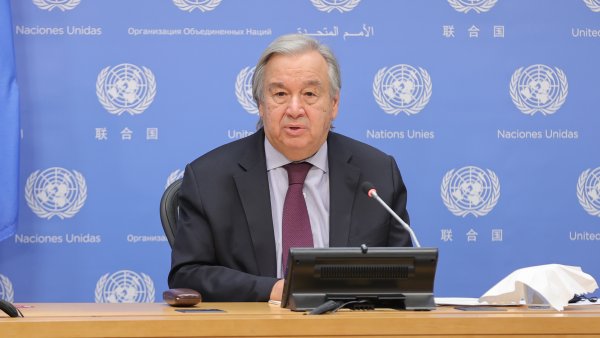 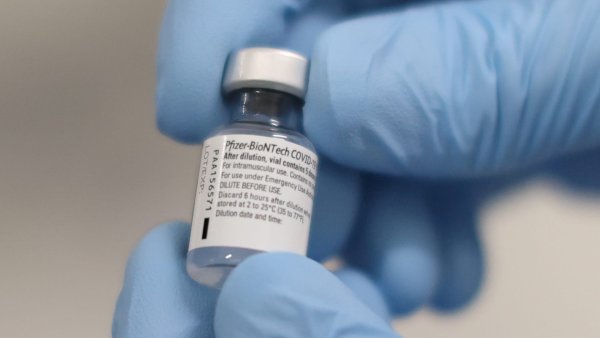 FDA Will Scrutinize Allergic Reactions to Pfizer's Covid Vaccine in UK Before Clearing Use in U.S.

“It’s sad to say, but I think people are just numb to it or they are sticking their head in the sand about it,” Rushing said.

In Iowa’s Harrison County, 47 deaths have been attributed to the virus out of population of about 14,000. Most of the deaths have resulted from outbreaks at nursing homes in small towns like Dunlap.

Dunlap City Clerk Meredith Van Houten said almost everyone in the town of about 950 people has a connection to those who have died. She said one was her old neighbor.

Associated Press journalists from around the globe contributed to this report.