Even as the man accused of killing six women of Asian descent in the metro Atlanta area told authorities he was motivated by a sexual addiction not racism, Asian American women were describing on Twitter the ways that sexualization and racism were inextricably intertwined.

They face harassment because of sexual stereotypes about Asian American women as exotic and submissive and for them, this tragedy seemed no different.

E.L. Shen, the author of a book about an Asian American girl striving to be a figure skating champion, tweeted that she is regularly called “China doll” on subways and streets. The sexualized and submissive stereotypes of Asian women have affected her everyday life, from being harassed in public to being objectified in dating.

“In college, I often went on dates with men who openly only dated Asian women or commented that they liked certain parts of my hair, my features, and the docile kind of performance that I was subconsciously giving,” she said.

Because of the belief that Asian people don’t generally “rock the boat,” coupled with a media that “sexualize Asian women for white pleasure,” Shen often projects an image that is “meaner” than she actually is to protect herself, she said. When someone expresses a romantic interest, she is wary of their intentions.

The six women shot to death Tuesday night were killed along with two others in three spas in Atlanta and a suburb. A 21-year-old man from Woodstock, Georgia, is charged with eight counts of murder. At a press conference the next day, law enforcement officials said Long had told them he was driven by a sexual addiction not racism and wanted to eliminate the temptation.

But many Asian American women in recounting their unique experiences dismissed the idea that the two could be separated. In the United States, they are subjected to a particular kind of sexualized racism, often from men who tell them they remind them of a girlfriend they had while serving in the military, said Sung Yeon Choimorrow, the executive director of the National Asian Pacific American Women's Forum.

"The stereotypes that Asian women are exotic, submissive, and hypersexual are longstanding," she said. "When I first moved to the United States to attend college, I was shocked at the frequency of sexual harassment I was subject to because I am Korean. So many people interact with us based on their stereotypes, fetishes and fantasies about Asian American women.”

Choimorrow said this was the first time she recalled a national conversation about the particular harassment that Asian American face, something her organization has been addressing for 25 years. She and others are talking publicly, as they have never done before, about the kind of harassment they have experienced, she said.

But it is happening because six women died. 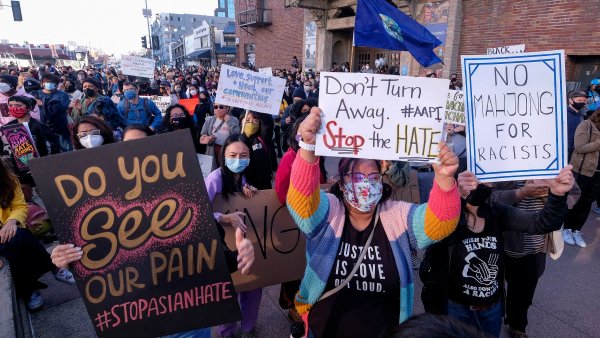 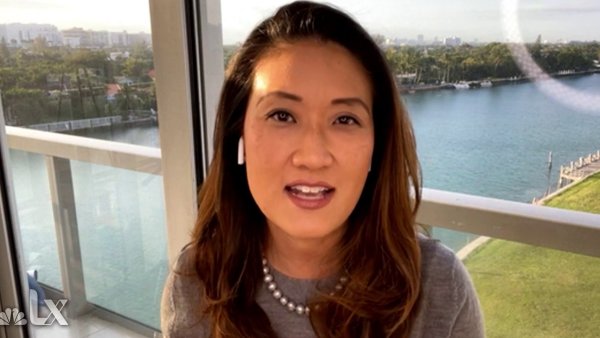 Simply Asking ‘How Are You Doing?' Is the First Step to Supporting Asian Americans Right Now

"It's opened up the floodgates," she said. "The rage I saw on Twitter the next morning."

The number of attacks against Asians and Asian Americans rose last year. The organization Stop AAPI Hate said on Tuesday that 3,800 incidents were reported roughly over the course of the pandemic. Women made up a higher share of the reports, at 68%, compared to men at 29%.

Christine Liwag Dixon, a freelance journalist in the metro New York City area and content director for a Filipino company, Samahan, said she had a panic attack when she heard about the killings. She felt as if she could not breathe. She was numb but not surprised because she and others had been begging people to pay attention to the rising number of hate crimes against Asian Americans, she said.

The comments she and others receive are framed as flattery or compliments, when in reality, men are fetishizing Asian women, she said, objectifying them in ways that put lives at risk. Their preference is almost always for a small, dainty, submissive East Asian woman.

“And so people think, ‘Oh well it can’t be racist to tell an Asian woman I think she’s beautiful and exotic,’” she said. “I think that’s part of why we’re seeing, ‘Oh it’s not a hate crime to appreciate an Asian women.’”

Jae -- who asked to be identified only by her first name, fearing the pushback she may get online for speaking out -- has her own way of getting back at sexist and racist verbal harassment. She tweeted, in reference to a man saying hello in Mandarin: "Had this happen once - white dude was saying “ni hao” to me over & over, getting louder like I couldn’t hear him. Finally I asked (in that slow, insulting voice that non-Asian ppl often use w/ asians) 'Do you speak English? Are you lost? Do you need assistance?'"

"We Asian women bear the brunt of the impact from both being Asian and women," Jae wrote to NBC in a text. “There’s a fear that’s embedded in me that makes me feel unsafe in general.”

“I also know to pick my battles," she wrote. "If I’m walking alone and there’s nobody around, chances are lower that I’ll engage them at all. Or if I do, I’m always ready to run. I shouldn’t have to always be ready to run.”

In the wake of Atlanta-area shootings that killed 8 people, including 6 Asian women, police suggested that the crime was motivated by a sex addiction rather than racism. This has sparked outrage among Asian Americans who have experienced a surge in hate incidents over the past year. Karthick Ramakrishnan, chair of the California Commission on APIA Affairs, joined LX News to explain why the community feels “gaslighted.”

Choimorrow said she had gotten smarter about avoiding racist encounters. When she first came to the United States she responded to men who asked her on the street if she was Korean. She thought they were being friendly. She learned that they would quickly say something inappropriate or try to grab her, she said. Now she does not make eye contact, does not say hello, and does not care if she appears rude.

"We change that by listening to people who say they are experiencing these things," Choimorrow said.

Choimorrow -- who pointed also to the issue of class and the low-wage jobs the women held -- met with the White House Gender Policy Council on Thursday. Her organization requests: recognition that Asian American women's experience of gender inequity is very specific because of race and better data collection.

"We want to be seen and heard," she said.

By Thursday, Atlanta police were insisting that their investigation into whether the shooting was a hate crime had not concluded. This came after the sheriff’s office in neighboring Cherokee County, where one of the spas is located, was forced to say it regretted the way its deputy had described the accused shooter as having “a bad day.” (The deputy, also criticized for a Facebook post promoting T-shirts with an anti-China slogan, is no longer a spokesman on the case.)

If push back on Twitter and elsewhere has had an effect, Liwag Dixon was not feeling victorious.

“It doesn’t so much feel like an accomplishment,” she said. “I think there’s a certain sense of a vindication there but mostly it’s just exhaustion because we cannot rest, we can’t say, ‘Okay we’ve caught their attention and now maybe things are going to change.’

Liwag Dixon said she feared people would pay attention to hate crimes against Asians for only a few days and then lose interest. She said she and others were glad for the awareness and the allies, but needed more than bandwagon activism and shared hashtags. The stereotypes must be dismantled and white supremacy fought, she said.

She knows there is no simple way to do that. Even as she tweeted about being harassed, she was receiving messages from men who were telling her how beautiful she was.