The announcement means Putin has ordered Russia’s nuclear weapons prepared for increased readiness to launch, raising the threat that the tensions could boil over into nuclear warfare

Citing “aggressive statements” by NATO and tough financial sanctions, Putin issued a directive to increase the readiness of Russia's nuclear weapons, raising fears that the invasion of Ukraine could lead to nuclear war, whether by design or mistake.

The Russian leader is “potentially putting in play forces that, if there’s a miscalculation, could make things much, much more dangerous,” said a senior U.S. defense official, speaking on condition of anonymity to discuss rapidly unfolding military operations.

Putin's directive came as Russian forces encountered strong resistance from Ukraine defenders. Moscow has so far failed to win full control of Ukraine’s airspace, despite advances across the country. U.S. officials say they believe the invasion has been more difficult, and slower, than the Kremlin envisioned, though that could change as Moscow adapts.

Amid the mounting tensions, Western nations said they would tighten sanctions and buy and deliver weapons for Ukraine, including Stinger missiles for shooting down helicopters and other aircraft.

Ukrainian President Volodymyr Zelenskyy’s office, meanwhile, announced plans for a meeting with a Russian delegation at an unspecified location on the Belarusian border. 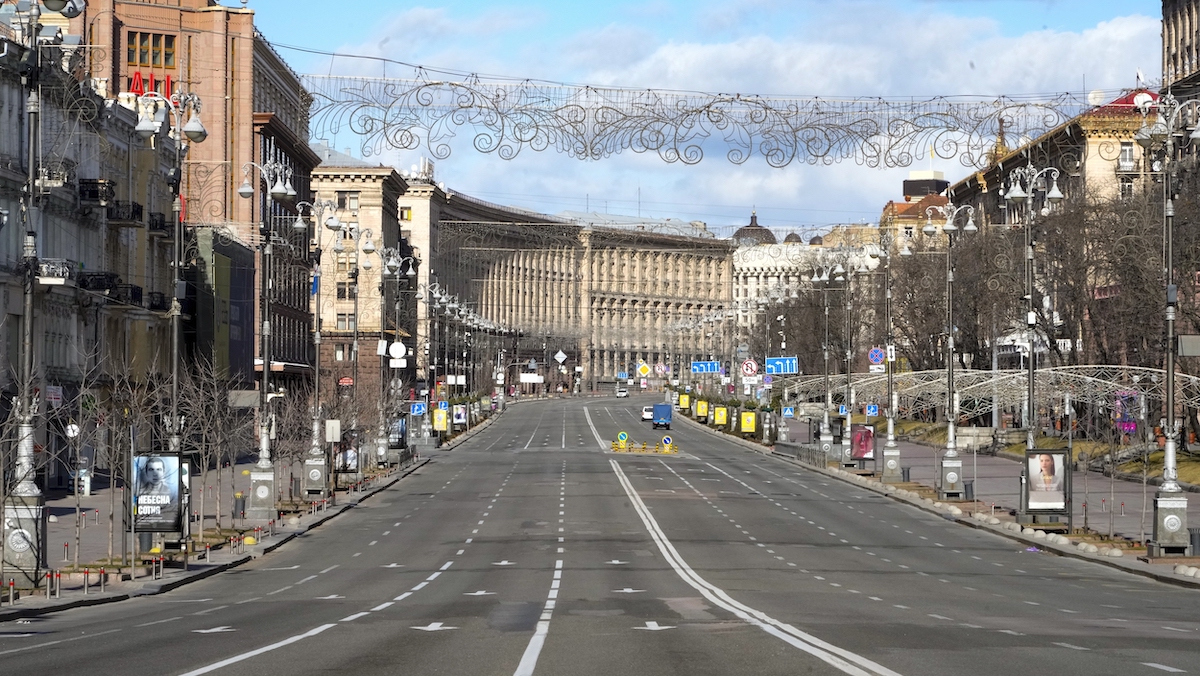 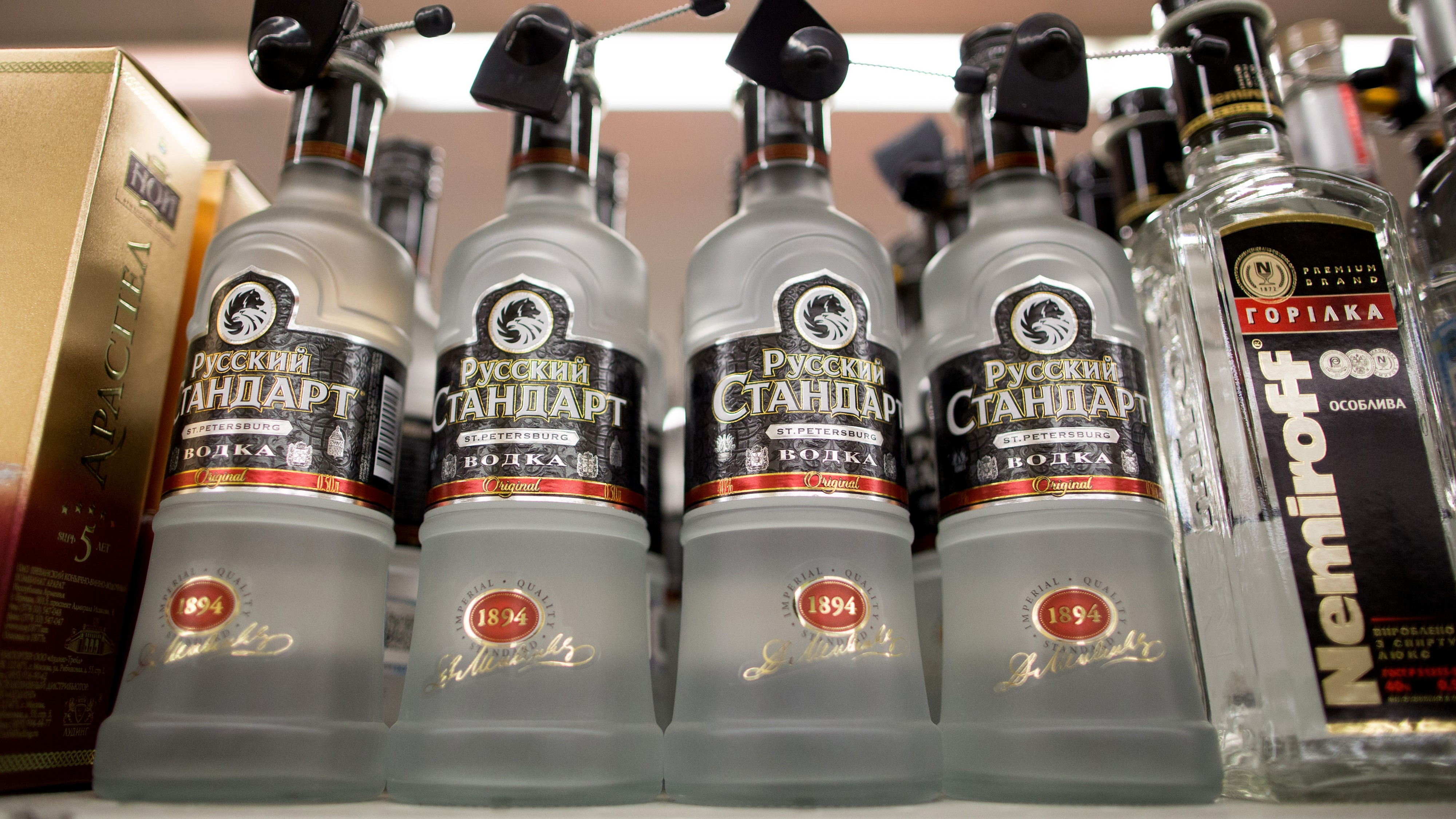 It wasn’t immediately clear when the meeting would take place, nor what the Kremlin was ultimately seeking, either in those potential talks on the border or, more broadly, from its war in Ukraine. Western officials believe Putin wants to overthrow Ukraine’s government and replace it with a regime of his own, reviving Moscow’s Cold War-era influence.

The fast-moving developments came as scattered fighting was reported in Kyiv. Battles also broke out in Ukraine's second-largest city, Kharkiv, and strategic ports in the country's south came under assault from Russian forces.

By late Sunday, Russian forces had taken Berdyansk, a Ukrainian city of 100,000 on the Azov Sea coast, according to Oleksiy Arestovich, an adviser to Zelenskyy’s office. Russian troops also made advances toward Kherson, another city in the south of Ukraine, while Mariupol, a port city on the Sea of Azov that is considered a prime Russian target, is “hanging on," Arestovich said.

There have been dozens of reports of attacks in Ukraine since Russian President Vladimir Putin ordered a military invasion into the country on Feb. 23, 2022.

With Russian troops closing in around Kyiv, a city of almost 3 million, the mayor of the capital expressed doubt that civilians could be evacuated. Authorities have been handing out weapons to anyone willing to defend the city. Ukraine is also releasing prisoners with military experience who want to fight, and training people to make firebombs.

In Mariupol, where Ukrainians were trying to fend off attack, a medical team at a city hospital desperately tried to revive a 6-year-old girl in unicorn pajamas who was mortally wounded in Russian shelling.

During the rescue attempt, a doctor in blue medical scrubs, pumping oxygen into the girl, looked directly into the Associated Press video camera capturing the scene.

“Show this to Putin," he said angrily. “The eyes of this child, and crying doctors."

Their resuscitation efforts failed, and the girl lay dead on a gurney, her jacket spattered with blood.

Nearly 900 kilometers (560 miles) away, Faina Bystritska was under threat in the city of Chernihiv.

“I wish I had never lived to see this,” said Bystritska, an 87-year-old Jewish survivor of World War II. She said sirens blare almost constantly in the city, about 150 kilometers (90 miles) from Kyiv.

Chernihiv residents have been told not to switch on any lights “so we don’t draw their attention,” said Bystritska, who has been living in a hallway, away from any windows, so she could better protect herself.

“The window glass constantly shakes, and there is this constant thundering noise,” she said.

Meanwhile, the top official in the European Union outlined plans by the 27-nation bloc to close its airspace to Russian airlines and buy weapons for Ukraine. The EU will also ban some pro-Kremlin media outlets, said European Commission President Ursula von der Leyen.

The U.S. also stepped up the flow of weapons to Ukraine, announcing it will send Stinger missiles as part of a package approved by the White House on Friday. Germany likewise plans to send 500 Stingers and other military supplies.

We don't know what's going on in Vladimir Putin's head as Russia invades Ukraine, says Anatol Lieven, an author and senior fellow at the Quincy Institute for Responsible Statecraft. It seems like Russia wants Ukrainian President Volodymr Zelenskyy to surrender and agree to demilitarize, but there does not appear to be a concrete plan to replace the Ukrainian government.

Putin, in ordering the nuclear alert, cited not only statements by NATO members but the hard-hitting financial sanctions imposed by the West against Russia, including Putin himself.

“Western countries aren’t only taking unfriendly actions against our country in the economic sphere, but top officials from leading NATO members made aggressive statements regarding our country,” Putin said in televised comments.

U.S. defense officials would not disclose their current nuclear alert level except to say that the military is prepared all times to defend its homeland and allies.

White House press secretary Jen Psaki told ABC that Putin is resorting to the pattern he used in the weeks before the invasion, “which is to manufacture threats that don’t exist in order to justify further aggression.”

President Joe Biden made the announcement during his State of the Union address Tuesday, joining the European Union and Canada in a similar ban.

The practical meaning of Putin’s order was not immediately clear. Russia and the United States typically have land- and submarine-based nuclear forces that are on alert and prepared for combat at all times, but nuclear-capable bombers and other aircraft are not.

If Putin is arming or otherwise raising the nuclear combat readiness of his bombers, or if he is ordering more ballistic missile submarines to sea, then the U.S. might feel compelled to respond in kind, said Hans Kristensen, a nuclear analyst at the Federation of American Scientists.

Earlier Sunday, Kyiv was eerily quiet after explosions lit up the morning sky and authorities reported blasts at one airport. A main boulevard was practically deserted as a strict curfew kept people off the streets. Authorities warned that anyone venturing out without a pass would be considered a Russian saboteur.

“Right now, the most important question is to defend our country,” Klitschko said.

In downtown Kharkiv, 86-year-old Olena Dudnik said she and her husband were nearly thrown from their bed by the pressure blast of a nearby explosion.

“We are suffering immensely,” she said by phone. “We don’t have much food in the pantry, and I worry the stores aren’t going to have anything either, if they reopen." She added: “I just want the shooting to stop, people to stop being killed."

Russia’s failure thus far to win full control of Ukraine’s airspace is a surprising lapse that has given outgunned Ukrainian forces a chance to slow the advance of Russian ground forces. Normally, gaining what the military calls air superiority is one of the first priorities for an invading force.

But even though Russian troops are being slowed by Ukrainian resistance, fuel shortages and other logistical problems, a senior U.S. defense official said that will probably change. “We are in day four. The Russians will learn and adapt,” the official said.

The number of casualties from Europe's largest land conflict since World War II remained unclear amid the confusion.

An unexploded Russian grad rocket was discovered at a kindergarten playground in Kharkiv, Ukraine. Kharkiv is in Eastern Ukraine, close to the border of Russia. No injuries were reported.

Ukraine’s Interior Ministry said Sunday that 352 Ukrainian civilians have been killed, including 14 children. It said an additional 1,684 people, including 116 children, have been wounded.

About 368,000 Ukrainians have arrived in neighboring countries since the invasion started Thursday, according to the U.N. refugee agency.

Along with military assistance, the U.S., European Union and Britain also agreed to block selected Russian banks from the SWIFT system, which moves money around thousands of banks and other financial institutions worldwide. They also moved to slap restrictions on Russia’s central bank.

Russia's economy has taken a pounding since the invasion, with the ruble plunging and the central bank calling for calm to avoid bank runs.

Russia, which massed almost 200,000 troops along Ukraine's borders, claims its assault is aimed only at military targets, but bridges, schools and residential neighborhoods have also been hit.

Isachenkov reported from Moscow, and Miller from Washington. Francesca Ebel, Josef Federman and Andrew Drake in Kyiv; Mstyslav Chernov and Nic Dumitrache in Mariupol, Ukraine; and other AP journalists from around the world contributed to this report.