Police: Man Killed 6, Self After He Wasn't Invited to Party

Investigators don’t know yet how the suspect obtained the weapon

A man who fatally shot six people at a Colorado birthday party before killing himself was upset after not being invited to the weekend gathering thrown by his girlfriend’s family, police said Tuesday, calling the shooting an act of domestic violence.

The shooter, 28-year-old Teodoro Macias, had been in a relationship with one of the victims, 28-year-old Sandra Ibarra, for about a year and had a history of controlling and jealous behavior, Colorado Springs police Lt. Joe Frabbiele said at a news conference. Police said there were no reported incidents of domestic violence during the relationship and that the shooter didn't have a criminal history. No protective orders were in place.

“At the core of this horrific act is domestic violence,” Police Chief Vince Niski said, adding that the gunman had “displayed power and control issues” in the relationship. About a week before the shooting, there was another family gathering where there “was some sort of conflict” between the family and Macias, Niski said.

The other victims of the shooting early Sunday were Ibarra’s extended family. They were identified as Melvin Perez, 30; Mayra Ibarra de Perez, 33; Joana Cruz, 52; Jose Gutierrez, 21; and Jose Ibarra, 26. 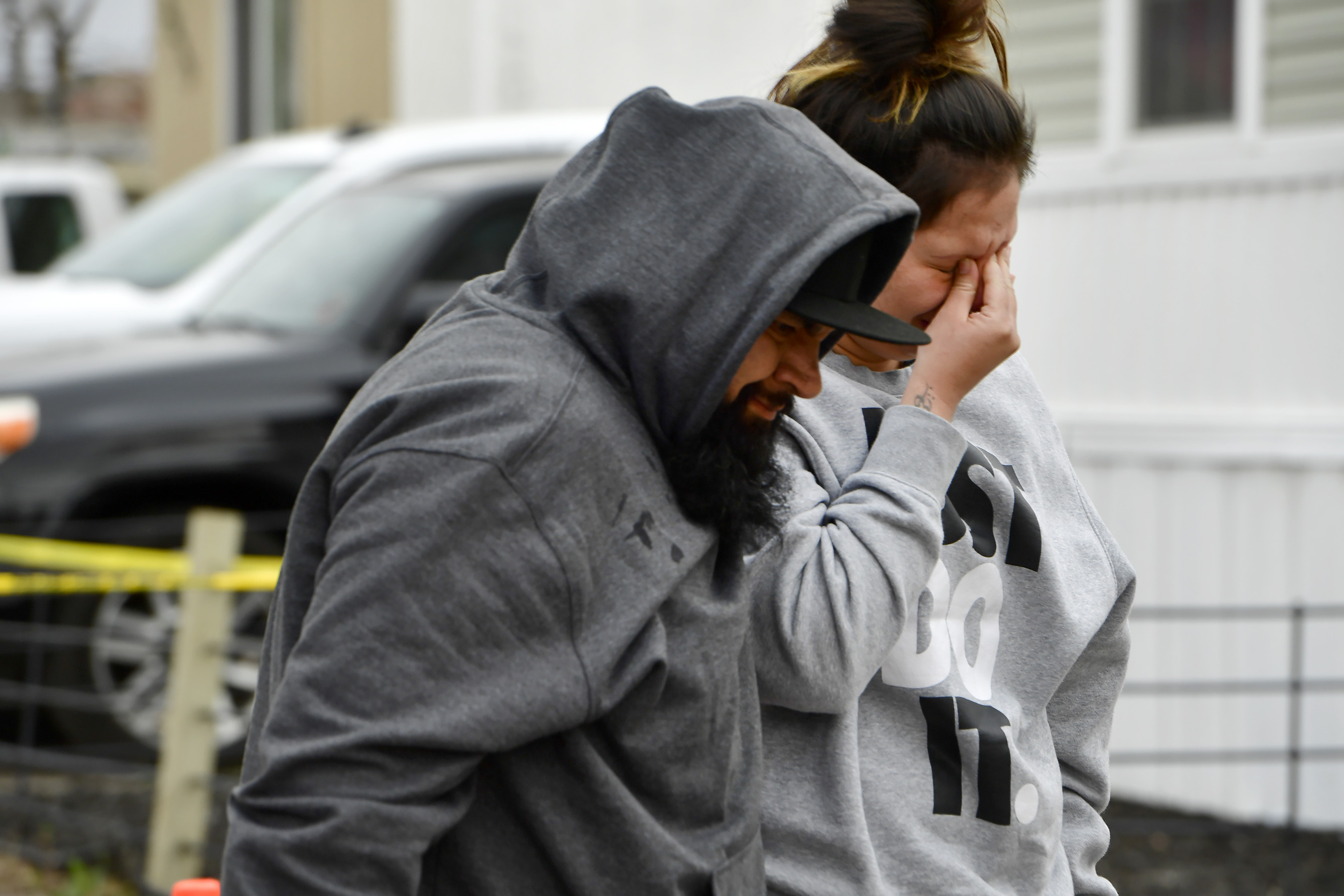 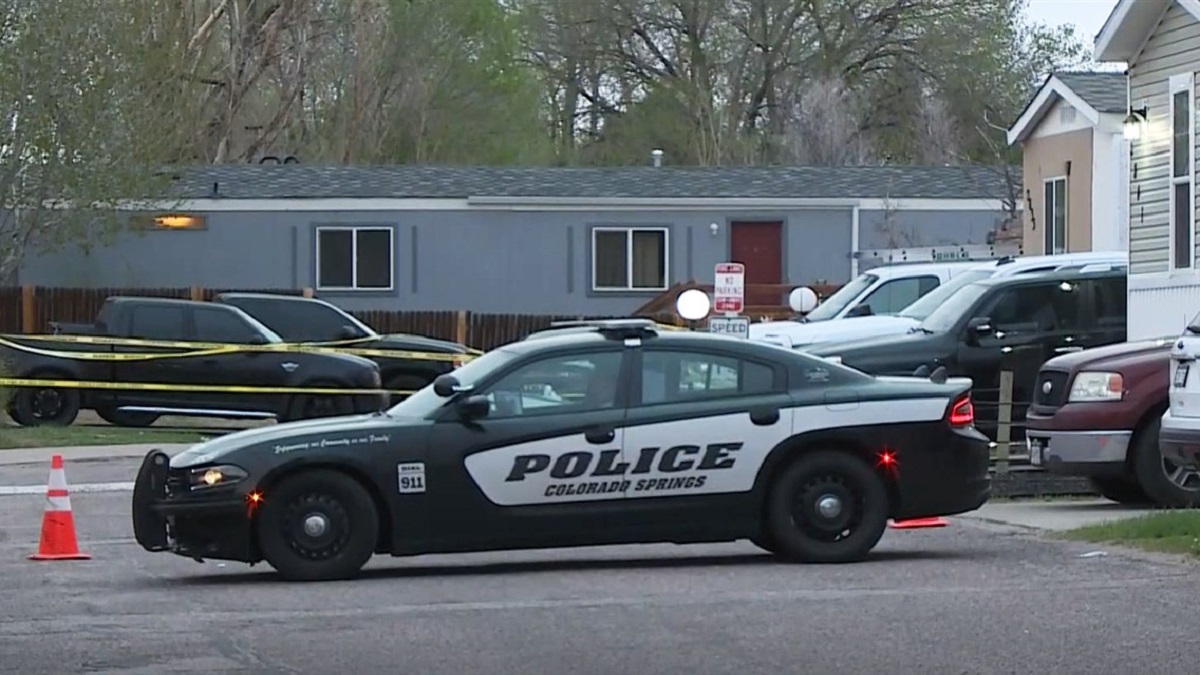 Investigators don’t know yet how the shooter got the weapon, which Frabbiele described as a Smith & Wesson handgun. He said it was originally purchased by someone else in 2014 at a local gun store but was not reported stolen. The gunman had two 15-round magazines, one of which was empty, and police recovered 17 spent shells at the scene.

The shooting occurred at a home in the Canterbury Mobile Home Park on the east side of Colorado’s second-largest city. Three children at the party, ages 2, 5 and 11, were not hurt.

Two families were celebrating the birthdays of family members, and 10 people were inside the home when the gunman arrived “and shot all six victims in quick succession” before turning the gun on himself, Frabbiele said. The children inside were in “close proximity” to the shots fired, he said.

Police received the first of three 911 calls from inside the home. Another was made by an adult who managed to escape.

Three teenagers had left the party just before the shooting, Frabbiele said. They returned shortly after to discover what happened. Arriving officers found Jose Gutierrez gravely wounded inside; he told the officers the suspect was in the home, Frabbiele said. Gutierrez died later at a hospital.

President Joe Biden urged Congress to pass gun control measures after a gunman opened fire at a FedEx facility in Indianapolis, Ind., on Friday, killing 8 and injuring several others.

“One of the smaller children and some of the teenagers lost both parents,” Frabbiele said.

Police say the families of the victims had requested privacy.

“In Colorado, we’ve had domestic terrorism incidents where lots of people were killed, we’ve had random acts like going into a King Soopers or a movie theater, but let’s not forget about the lethality of domestic violence,” Colorado Springs Mayor John Suthers said.

Suthers was referring to a March 22 attack on a King Soopers supermarket in Boulder, Colorado, that killed 10 people, including a police officer, and a 2012 shooting at a movie theater in the Denver suburb of Aurora that killed 12 and injured 70.

“What we have here is a situation where all these people were together and (we) apparently had the anger directed at the adults and his partner. And the tragic consequences are unfathomable. We’ve got children orphaned by this situation,” Suthers said.

On Thursday, President Joe Biden noted that gun violence kills 106 people every day in this country and costs the nation $280 billion a year.

Gladis Bustos, who lives three homes away, had tearfully identified the home’s owner as Joana on Monday. Bustos called her a warmhearted, hardworking person who always took the time to say hello to her neighbors and brag about her children.

The weekend attack follows a series of mass shootings — defined as four or more dead, not including the shooter — to plague the U.S. this year.

Before the Colorado Springs shooting, a database compiled by The Associated Press, USA Today and Northeastern University showed there had been at least 11 mass shootings since Jan. 1, compared with just two public mass shootings in 2020.

After the Boulder shooting, Colorado lawmakers introduced a bill to create a state Office of Gun Violence Prevention to educate residents about gun safety and collect data on Colorado gun violence.

Other bills advancing through the Democratic-led Legislature would tighten background checks, allow municipalities greater freedom to adopt gun control laws that are stricter than state law, and require a person facing a protection order related to domestic violence to report what firearms they possess.