Weinstein, 67, is charged with raping a woman in a Manhattan hotel room in 2013 and forcibly performing oral sex on another woman

Jurors in Harvey Weinstein's rape trial ended their first day of deliberations Tuesday with lots of questions and no verdict in the landmark #MeToo case that could put the once-powerful Hollywood producer behind bars for the rest of his life.

The panel of seven men and five women asked to see a floor plan of Weinstein's apartment and emails, including one he sent to a private spy agency in 2017 listing certain accusers he feared would come forward as "red flags."

The jury is weighing charges that Weinstein raped a woman in a Manhattan hotel room in 2013 and forcibly performed oral sex on another woman, TV and film production assistant Mimi Haleyi, in 2006.

Prosecutors used their time to describe Weinstein as someone who was so powerful, he thought he could get away with anything — and used three words to summarize his behavior: "Power. Manupulation. Abuse." NBC New York’s Harvey Weinstein reports.

In deciding the most serious charges against Weinstein, which allege that he is a sexual predator, jurors must also weigh actress Annabella Sciorra's account of a mid-1990s rape. While her allegation is too old to be charged on its own because to the statute of limitations in effect at the time, the law allows prosecutors to use her allegations as a basis for the predatory sexual assault counts.

The jury will resume deliberations Wednesday.

Jurors sent their first questions about 40 minutes into deliberations, asking for the legal definition of terms like consent and forcible compulsion, and seeking clarity on why Weinstein wasn't charged with other crimes stemming from Sciorra's allegation.

Weinstein's attorney gave what he called "The Queens' Speech," a play on the movie he produced "The King's Speech," as she gave closing arguments in which she said the accusers are liars, and the jury should be skeptical of what they said happened. NBC New York’s Erica Byfield reports.

Prosecutors built their case around graphic, often-harrowing testimony from those women, along with three other accusers who were not part of the criminal case but were allowed to take the witness stand because they say Weinstein used them same tactics on them.

Weinstein's lawyers contend the acts were consensual. They focused on friendly, flirtatious emails some of the women sent to Weinstein and further meetings some of them had with him after the alleged assaults.

Weinstein lawyer Donna Rotunno sent a similar message in a Newsweek essay over the weekend, drawing complaints from a prosecutor who said she appeared to be trying to influence the jury.

In a graphic and disturbing testimony, the actress tearfully recounted how the disgraced Hollywood mogul allegedly trapped her in a bathroom and sexually assaulted her. NBC New York’s Erica Byfield reports.

Rotunno wrote that Weinstein's jurors "have an obligation to themselves and their country, to base their verdict solely on the facts, testimony and evidence presented to them in the courtroom," not critical news stories, unflattering courtroom sketches or other outside influences.

Confronted about the essay in court Tuesday, Rotunno said she was writing "about the jury system as a whole" and was not speaking to the jury in Weinstein's case.

Assistant District Attorney Joan Illuzzi-Orbon said Rotunno's essay was "100% inappropriate." She asked Burke to instruct the jury to ignore the piece and revoke Weinstein's bail and send him to jail because, she argued, it couldn't have been done without his permission. 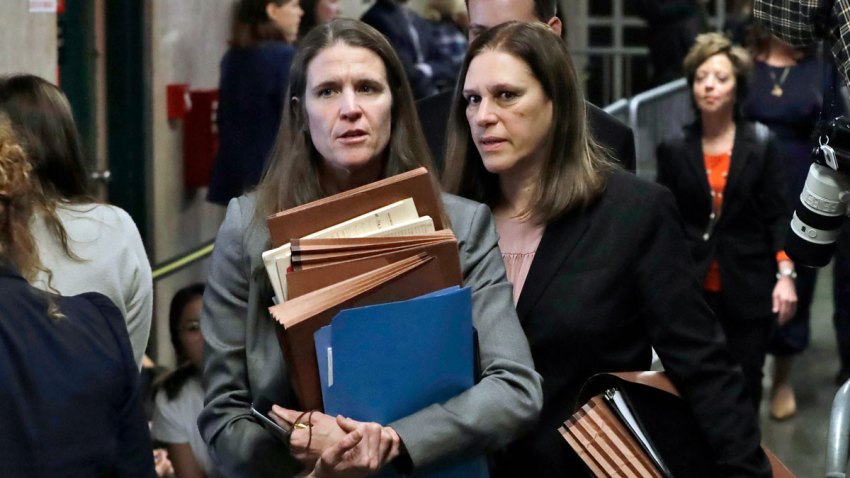 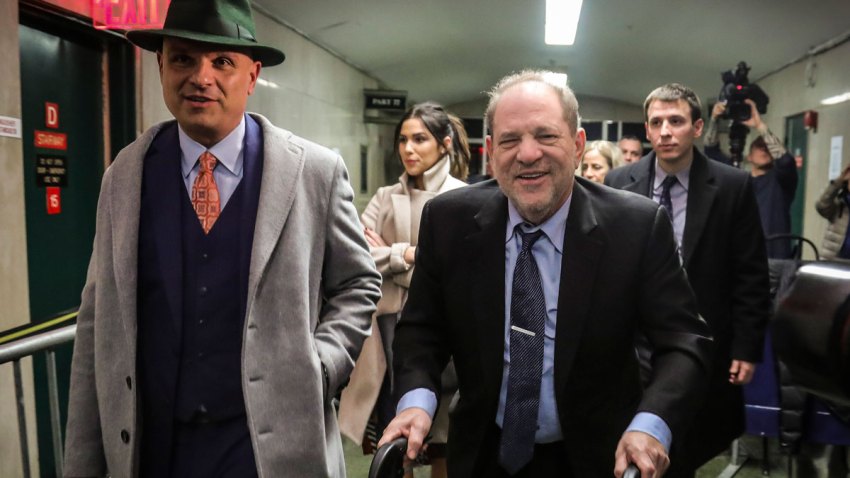 Burke denied the prosecution's request, but told Weinstein: "I would caution you about the tentacles of your public relations juggernaut."

Two weeks ago, Rotunno was criticized in court and on social media for an interview she gave to The New York Times podcast The Daily in which she blamed victims for getting sexually assaulted.

"That was taped a long time ago," Rotunno explained after Illuzzi questioned the timing of the interview, which aired Feb. 7.

The Times said later that the interview was recorded on Jan. 28 - five days after opening statements and the start of testimony.

Haleyi, a former "Project Runway" production assistant, testified that Weinstein pushed her onto a bed and sexually assaulted her, undeterred by her kicks and pleas of, "No, please don't do this, I don't want it."

One of the key accusers in the trial left the witness stand in tears on Monday, leading the judge to end court early after reading an email to an ex-boyfriend that mentioned an alleged sexual assault from when she was a child. NBC New York’s Erica Byfield reports.

The woman who says Weinstein raped her in 2013 sobbed in court as she described how she sent Weinstein flattering emails and kept seeing him after the alleged rape because "I wanted him to believe I wasn't a threat."

The Associated Press has a policy of not publishing the names of people who allege sexual assault without their consent. It is withholding the name of the rape accuser because it isn't clear whether she wishes to be identified publicly.

Weinstein Lawyer: Prosecutors Have a ‘tale,’ Not a Case 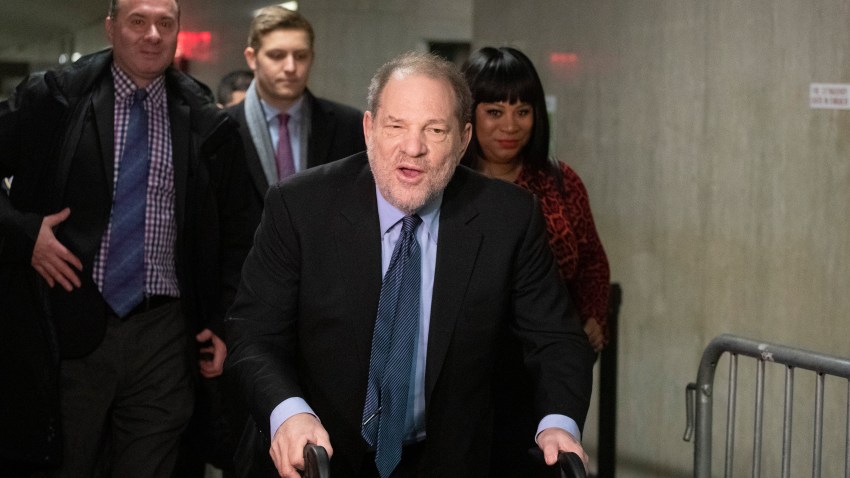 Closings Next as Weinstein Declines to Testify at Rape Trial