CDC’s Latest Guidance Could Mean No Sports for Much Longer

The already-delayed professional sports seasons in North America could be on hiatus for significantly longer than first planned after federal officials said Sunday that they recommend all in-person events involving 50 people or more be called off for the next eight weeks.

That’s twice as long as the 30-day shutdowns that the NBA, NHL and Major League Soccer decided to put into place last week in response to the global coronavirus pandemic that has already made a deep impact on the U.S. financial markets and has been blamed for at least 64 deaths in this country.

Major League Baseball also was going with what essentially was a 30-day shutdown after canceling the rest of spring training and pushing back the start of regular season play for two weeks; opening day was to have been March 26.

The NBA released a statement Wednesday saying it was suspending the season until further notice after a Utah Jazz player tested positive for coronavirus.

But new recommendations from the Centers for Disease Control and Prevention on Sunday night seem to suggest that sports in this country could for all intents and purposes be gone until May, if not later.

"CDC, in accordance with its guidance for large events and mass gatherings, recommends that for the next 8 weeks, organizers ... cancel or postpone in-person events that consist of 50 people or more throughout the United States," it said. "Events of any size should only be continued if they can be carried out with adherence to guidelines for protecting vulnerable populations, hand hygiene, and social distancing."

The eight-week window easily exceeds what would have been the remainder of the NBA and NHL regular seasons, plus would cover about the first 25% of the MLB season — or roughly 40 games per team. It would also cast serious doubt on the ability to hold other major U.S. sporting events as planned, such as the Kentucky Derby in early May. 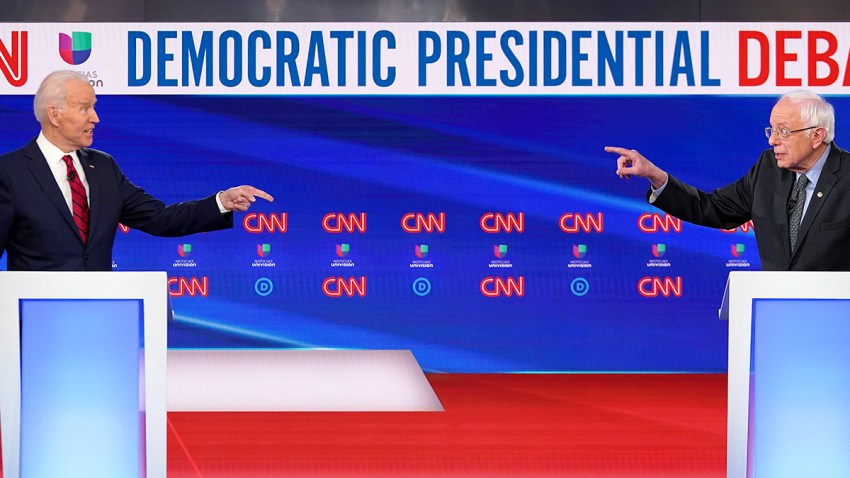 ‘Bigger Than Any One of Us’: Biden, Sanders Take on Pandemic 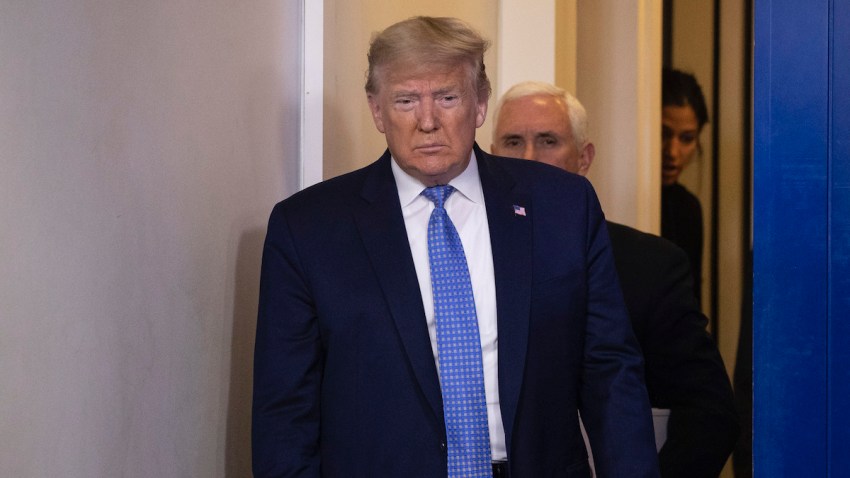 The NBA was already bracing to play games without fans in arenas, something that would have started late last week had a player -- Rudy Gobert of the Utah Jazz -- not tested positive for the virus, COVID-19. Utah teammate Donovan Mitchell and Detroit’s Christian Wood have tested positive since, but Gobert’s diagnosis was enough for the league to say that it was suspending play.

"I’ve been feeling a little better every single day,” Gobert said in a video posted Sunday. He added, "I wish I would have took this thing more seriously."

Later Sunday, a person with knowledge of the matter said the NBA has sent teams a memo saying players can leave their home markets during the shutdown if they so choose — yet another clear sign that the game's hiatus is not ending anytime soon. But if those players do leave for another market, they must do so after coordinating plans with their teams and medical advisers.

The memo also told teams formal practices will remain off indefinitely, individual workouts at team facilities may continue and detailed other safeguards teams should be taking at this point, according to the person who spoke to The Associated Press on condition of anonymity because the memo had not been released publicly.

President Trump told reporters on Saturday that he was optimistic about the economy following Friday’s stock market growth and the congressional aid package, predicting a “tremendous bounce” in the wake of the coronavirus. Trump also expressed frustration with the Chairman of the Fed and accused him of “following, not leading” global markets.

The NBA has already been asking teams to share availability for their arenas through the end of July, a sign that the league is prepared to extend the season at least that long if necessary — and those moves came a couple of days before the CDC made its latest recommendation. The NBA regular season was to have ended April 15 and the NBA Finals were to have started June 4, with the season done on or before June 21.

The vast majority of people recover from the new virus. According to the World Health Organization, people with mild illness recover in about two weeks, while those with more severe illness may take three to six weeks to recover. In mainland China, where the virus first exploded, more than 80,000 people have been diagnosed and more than 58,000 have so far recovered.

It’s not just the team sports that have been shut down: Pro tennis and golf have basically been called off for the next several weeks, with such marquee events as Indian Wells and the Miami Open in tennis and The Players Championship and Masters in golf either canceled or postponed. The NCAA men’s Division I college basketball tournament — March Madness — was to release its bracket Sunday and start the now-canceled 68-team tournament Tuesday. The women’s Division I tournament was to have started this week.

They’ve all been called off, as have all other winter- and spring-sport seasons at all levels of the NCAA. Most high school state associations have also had to cancel seasons and championships as well. Some minor-league hockey leagues have canceled seasons, and it seems increasingly unlikely that the G League -- the NBA’s minor league -- will resume play this season. Even a polo match in South Florida on Sunday was played without fans or reporters present, with organizers saying they needed to take ultimate precautions.

Some NBA players were spending Sunday at home playing video games; Miami’s Goran Dragic posted a video of himself outside his house kicking a soccer ball around. Others, like Golden State’s Stephen Curry, were urging their fans to continue taking the pandemic seriously.

Dr. Anthony Fauci discusses the latest on the Coronavirus outbreak including the big threat from Europe and the decrease in cases in China.

"We all have to take responsibility for ourselves and do whatever it takes to #stopthespread,” Curry told his 14.1 million followers on Twitter. "There’s a sense of urgency to flatten the curve and give ourselves and the healthcare system the best chance to get through this pandemic. Share this message and let’s protect each other!"