“It will help us do that rebuilding and it will help us with the expenses and the hardship that people are facing right now,” a congresswoman said in announcing the declaration

By Cedar Attanasio and Susan Montoya Bryan • Published May 5, 2022

Firefighters slowed the advance of the largest wildfire in the U.S. as heavy winds relented Wednesday, while President Joe Biden approved a disaster declaration that brings new financial resources to remote stretches of New Mexico devastated by fire since early April.

U.S. Rep. Teresa Leger Fernandez announced the presidential disaster declaration during an evening briefing by the U.S. Forest Service about efforts to contain the sprawling wildfire in northeastern New Mexico, which has fanned out across 250 square miles (647 square kilometers) of high alpine forest and grasslands at the southern tip of the Rocky Mountains.

“It will help us do that rebuilding and it will help us with the expenses and the hardship that people are facing right now,” the congresswoman said. “We're glad it happened this quickly.”

Fire bosses said they are seizing upon an interlude of relatively calm and cool weather to keep the fire from pushing any closer to the small New Mexico city of Las Vegas and other villages scattered along the fire’s shifting fronts. Airplanes and helicopters dropped slurries of red fire retardant from the sky, as ground crews cleared timber and brush to starve the fire along crucial fronts. 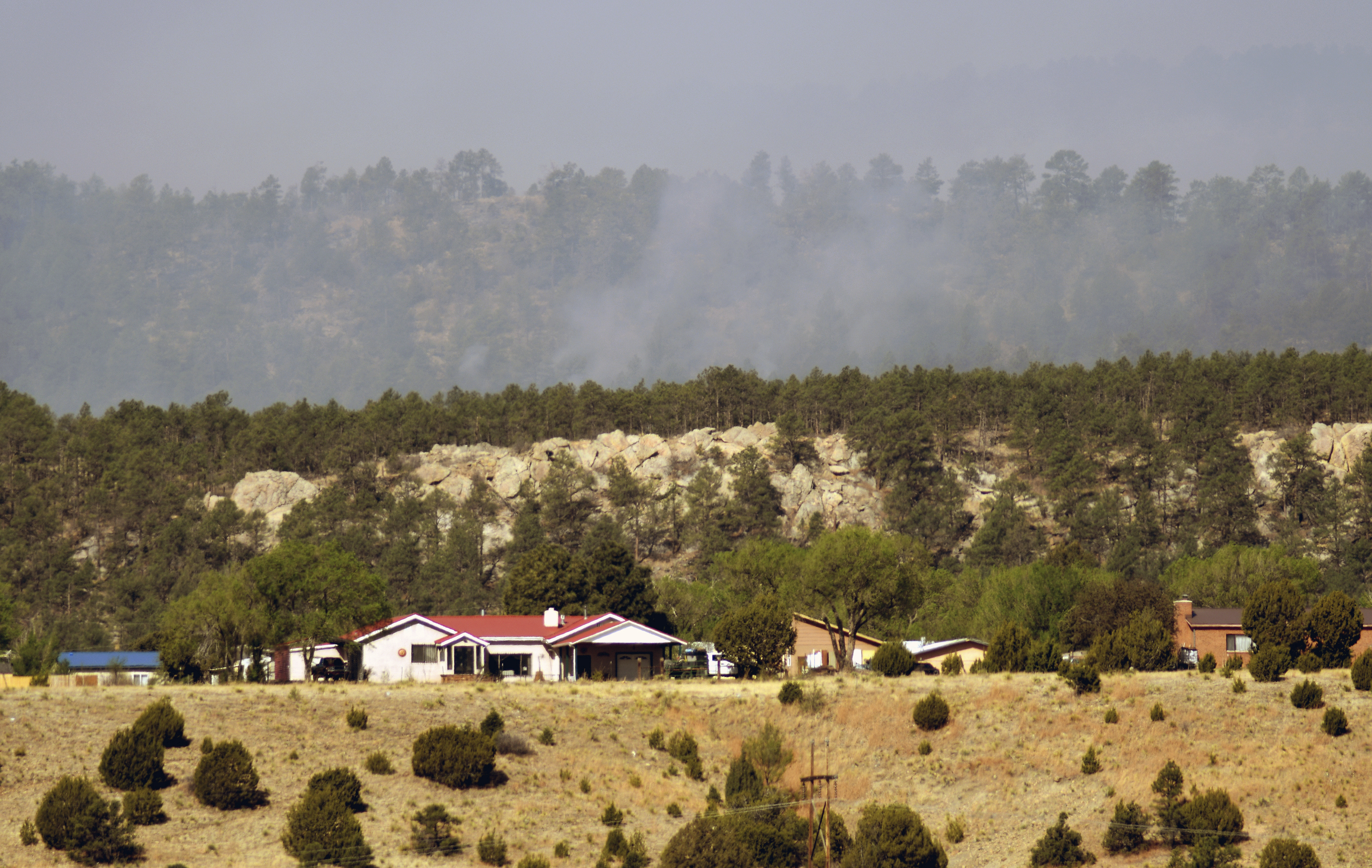 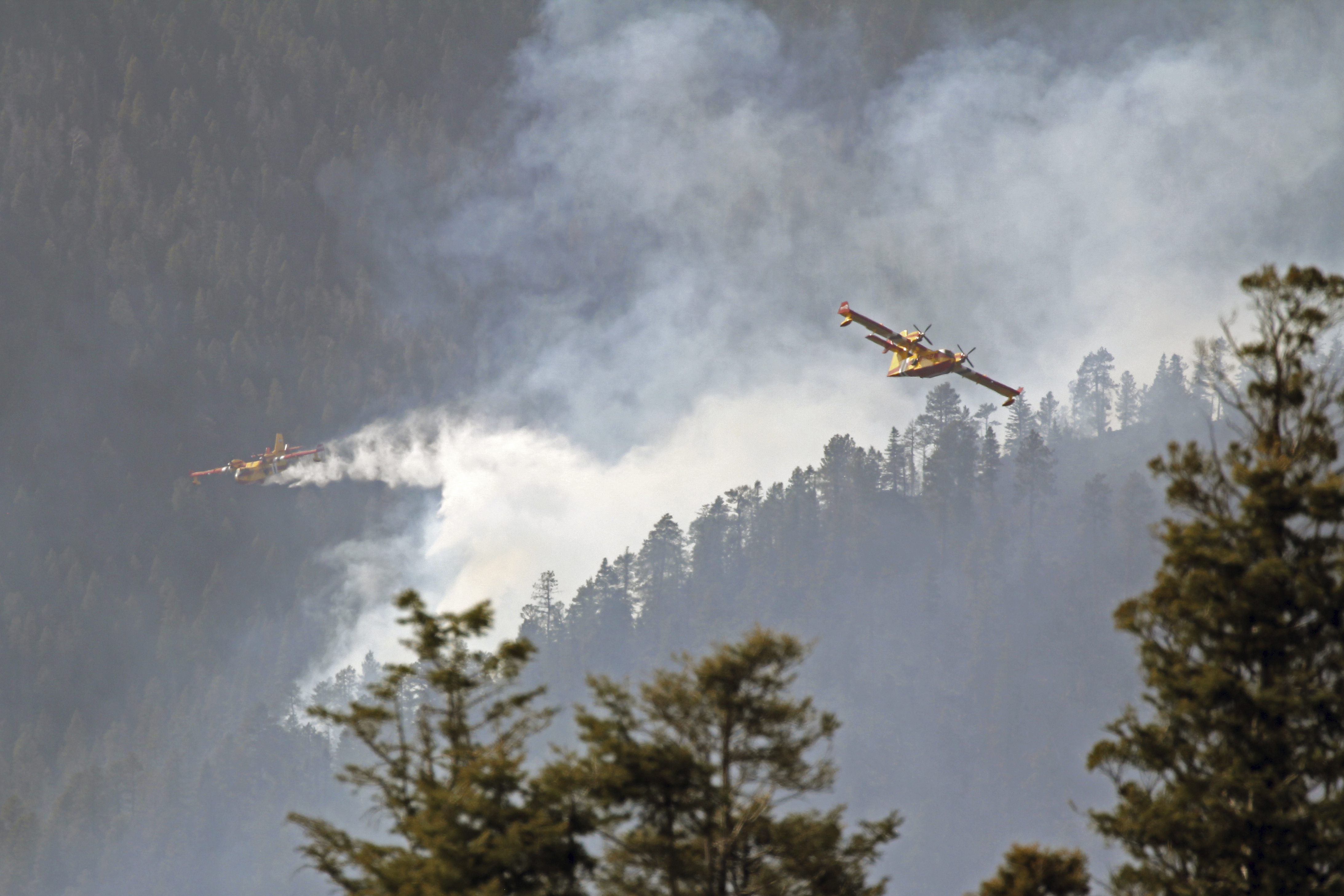 Bulldozers for days have been scraping fire lines on the outskirts of Las Vegas, population 13,000, while crews have been conducting burns to clear adjacent vegetation. Aircraft dropped more fire retardant as a second line of defense along a ridge just west of town in preparation for intense winds expected over the weekend.

An estimated 15,500 homes in outlying areas and in the valleys of the Sangre de Cristo Mountains that border Las Vegas have been affected by mandatory evacuations. The tally of homes destroyed by the fire stands around 170.

The aid includes grants for temporary housing and home repairs, low-cost loans to cover uninsured property losses and other relief programs for individuals and businesses, a statement from the White House said.

“Our prayers are working because we've had advantageous winds throughout the fire area today,” he said. “We'll take advantage of this fact over the next few days. ... What we can do is build resilient pockets."

The fire was contained across just 20% of its perimeter. Its flames on Wednesday were about a mile (1.6 kilometers) away from Las Vegas, where schools were closed as residents braced for possible evacuation.

Officials at Los Alamos National Laboratory were warily tracking another wildfire that crept Wednesday within about 5 miles (8 kilometers) of facilities at the U.S. national defense laboratory based in Los Alamos.

A new U.N. report found that Americans can expect to see more wildfires in western states as a result of warming global temperatures.

Fire crews worked to widen a road that stands between the fire and Los Alamos while clearing out underbrush and treating the area with fire retardant.

Wildfires have become a year-round threat in the drought-stricken West — moving faster and burning hotter than ever due to climate change, scientists and fire experts say. Fire officials also point to overgrown areas where vegetation can worsen wildfire conditions.

Montoya Bryan reported from Albuquerque, New Mexico. Associated Press writers Paul Davenport in Phoenix and Morgan Lee in Santa Fe, New Mexico, contributed to this report. Attanasio is a corps member for the Associated Press/Report for America Statehouse News Initiative. Report for America is a nonprofit national service program that places journalists in local newsrooms to report on under-covered issues.

The devastation of towns like Grizzly Flats, California, by wildfire is become a more common occurrence. A new report by Climate Central shows that the number of “fire weather days” each year — days that are hot, dry and windy — have soared over the past 5 decades. NBCLX Chase Cain reports from California’s Caldor fire.
Copyright AP - Associated Press