On 76th Anniversary of US Atomic Bombing, Nagasaki Mayor Calls for Nuke-Free Zone

Nagasaki on Monday marked the 76th anniversary of the U.S. atomic bombing of the Japanese city with its mayor urging Japan, the United States and Russia to do more to eliminate nuclear weapons.

In his speech at the Nagasaki Peace Park, Mayor Tomihisa Taue urged Japan's government to take the lead in creating a nuclear-free zone in Northeast Asia rather than staying under the U.S. nuclear umbrella — a reference to the U.S. promise to use its own nuclear weapons to defend allies without them.

Taue also singled out the United States and Russia — which have the biggest arsenals by far — to do more for nuclear disarmament, as he raised concern that nuclear states have backtracked from disarmament efforts and are upgrading and miniaturizing nuclear weapons.

“Please look into building a nuclear-weapons-free zone in the Northeast Asia that would create a ‘non-nuclear umbrella’ instead of a ‘nuclear umbrella’ and be a step in the direction of a world free of nuclear weapons,” Taue said as he urged Japan’s government to do more to take action for nuclear disarmament. 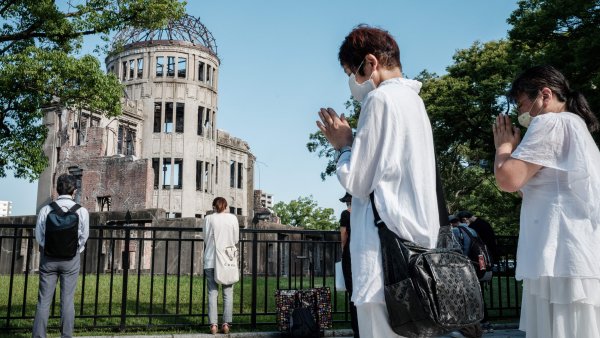 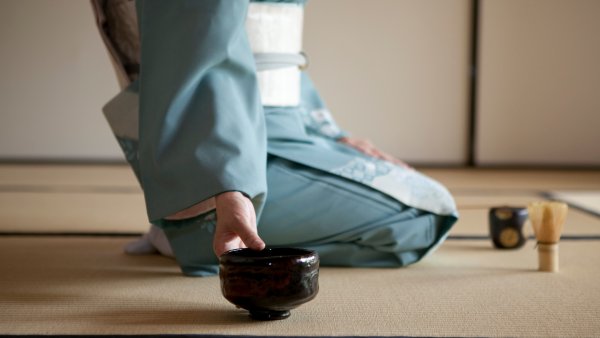 At 11:02 a.m., the moment the B-29 bomber dropped a plutonium bomb, Nagasaki survivors and other participants in the ceremony stood in a minute of silence to honor more than 70,000 lives lost.

The mayor also called Japan’s government and lawmakers to quickly sign the 2017 Treaty on the Prohibition of Nuclear Weapons that took effect in January.

Tokyo renounces its own possession, production or hosting of nuclear weapons, but as a U.S. ally Japan hosts 50,000 American troops and is protected by the U.S. nuclear umbrella. The post-WWII security arrangement complicates the push to get Japan to sign the treaty as it beefs up its own military while stepping up defense cooperation with other nuclear-weapons states such as Britain and France, to deal with threats from North Korea and China, among others.

Prime Minister Yoshihide Suga said the security environment is severe and that global views are deeply divided over nuclear disarmament, and that it is necessary to remove distrust by promoting dialogue and form a mutual ground for discussion.

Taue also called for a substantial progress toward nuclear disarmament made at next year’s Nuclear Non-Proliferation Treaty conference, "starting with greater steps by the U.S. and Russia to reduce nuclear weapons."

He asked Suga's government to step up and speed up medical and welfare support for the aging atomic bombing survivors, or hibakusha, whose average age is now over 83 years.

Tokyo first hosted the Olympics in 1964, still in the shadow of World World II and the fallout from the nuclear bombings of Hiroshima and Nagasaki. Today, as Tokyo hosts its second Games, there are echoes of those global tragedies — both in the coronavirus pandemic and the 2011 nuclear disaster at Fukushima. NBCLX storyteller Chase Cain reports from Tokyo about what has changed since the 1964 Olympics — and which shadows remain.
Copyright AP - Associated Press