Operators of the nonprofit planning to open a heroin injection site in South Philadelphia next week announced plans for the facility, noting "three to four people die of overdose every day in Philadelphia and with numbers like these, we are compelled to act."

"I think people misunderstand what Safehouse is. It’s a clean injection facility. We don’t handle narcotics," former Pennsylvania Gov. Ed Rendell, who is on Safehouse's board of directors, said during a press conference Wednesday morning. "People have to bring narcotics with them. We give them clean needles, and make sure the needle they used in Safehouse is confiscated before they go out of the street. But most importantly, we talk to them about treatment before they can inject themselves in front of nurses, in front of doctors. We have social workers talk to them about treatment."

Attorney Ronda Goldfein, who also serves on the Safehouse board, said a community meeting will be held in two weeks.

The site will open inside the Constitution Health Plaza at the corner of Broad and McKean streets in South Philadelphia, officials have said.

The South Philadelphia site, chosen over a location in Kensington because of the nonprofit's current budget, would be the first of several across Philadelphia if all goes well, officials said.

"It’s our intention to have Safehouse in a number of areas around the city," Rendell said. "If all goes well we will have a facility in Kensington (as well)." 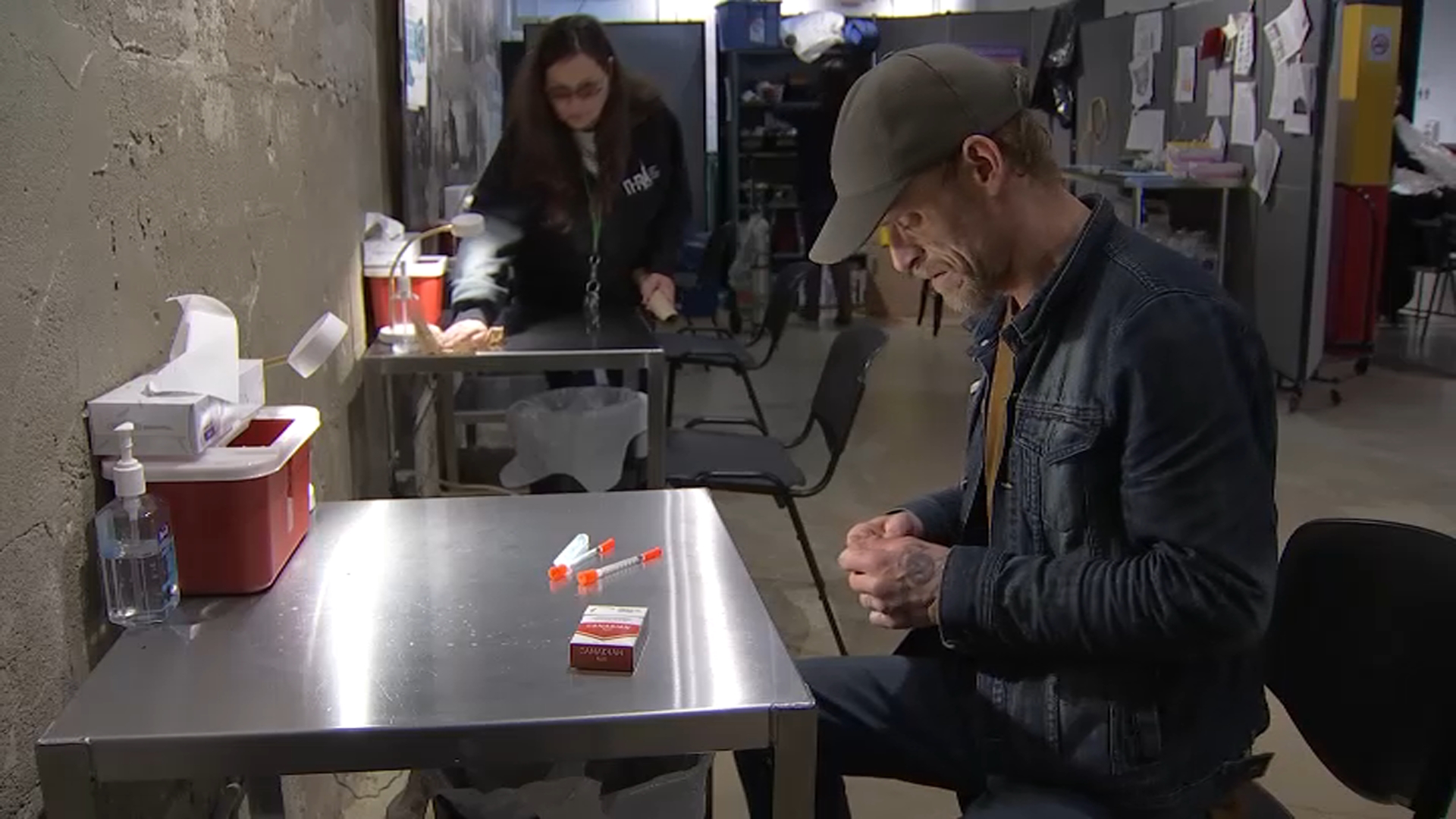 Safe Injection Sites Save Lives in Toronto, Canada. Will They Come to Philadelphia Next?

Community leaders in South Philadelphia were not happy with the news of the facility coming to their neighborhood after the announcement Tuesday night. The proposed site is in Councilman Kenyatta Johnson's district.

"You can not have drug addicts right next to children," resident Jody Della Barba said. "There are five daycares in that area."

United States District Court Judge Gerald A. McHugh entered a final order on his ruling last year that the nonprofit Safehouse's proposal to open an injection site in Philadelphia does not violate federal law.

"We are really frustrated," Squilla said. "We are angry. We are aggravated. We feel the administration needs to step up."

Safehouse had considered more than two dozen locations around Philadelphia. The group said the goal was to open more sites throughout the city where people can use heroin, methamphetamine and other illegal drugs under medical supervision, with staffers able to intervene in case of an overdose.

"Neighborhoods most greatly impacted by overdose are our top priority," Goldfein said. "And as a privately supported nonprofit, funding will always be a challenge."

Safehouse had been in negotiations to open the site in Kensington, a neighborhood known as the center of Philadelphia's opioid crisis. Councilwoman Maria Quinones told NBC10 Kensington is off the table for now though she also said that could change.

The Department of Justice said Tuesday they planned on appealing the ruling.

"We respectfully disagree with the District Court’s ruling and plan to appeal immediately," McSwain said in a statement. "What Safehouse proposes is a radical experiment that would invite thousands of people onto its property for the purpose of injecting illegal drugs. In our view, this would plainly violate the law and we look forward to presenting our case to the U.S. Court of Appeals for the Third Circuit."

A proposed safe injection site is creating heated debate in Philadelphia. NBC10’s Lauren Mayk traveled to Toronto, Canada, to get an inside look at existing sites there.

A timeline has not yet been set for the appeal.

"We applaud the Court's affirmation of its earlier ruling that Safehouse doesn't violate the federal statute," Kenney said in a statement.

The issue has divided public officials in Philadelphia and around the nation, although similar sites are in use in Canada and Europe. Supervised injection sites are also being considered in other U.S. cities including Seattle, New York, San Francisco and Somerville, Massachusetts.

Next week Philadelphia will make history by opening the nation's 1st supervised injection site. Drug users will be able to go there to inject and get medical help if they overdose. NBC10’s Steven Fisher gets the opinions of the people who will live and work near the site.