As Philadelphia makes its push to open the nation's first safe injection site, Mayor Jim Kenney and other city leaders are heading to Canada to learn more about how the facilities work there.

"Over the next few days Mayor Kenney and other city officials will be touring Overdose Prevention Sites (OPS) in Vancouver and Toronto," mayor's office spokeswoman Deana Gamble said.

"The Mayor looks forward to meeting with public health and safety officials in these cities to learn more about OPS operations and their impact on public safety and neighboring communities, as well as any other lessons that can help Philadelphia in its effort to combat the opioid epidemic."

Kenney and his contingent left for Canada on Tuesday.

Philadelphia has yet to open a safe drug injection site, despite support from Kenney and other political leaders like former Gov. Ed Rendell.

In Toronto, Canada, however, several sites are already up and running. 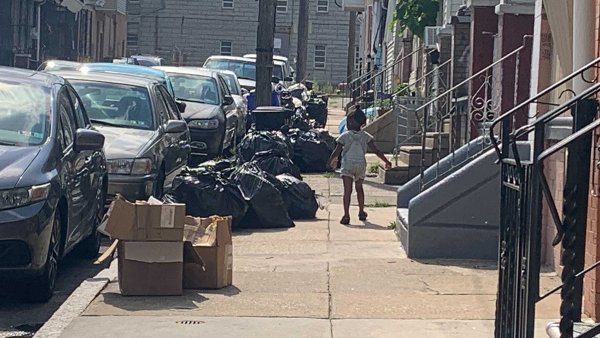 Earlier this year, NBC10 took a trip to our northern neighbors' largest city — with nearly 5.5 million residents — to see the effect on neighborhoods. One of the sites NBC10 toured is the Moss Park OPS that Kenney also plans to see, according to his office.

Safe injection sites there allow residents to use illegal drugs like heroin in a safe environment. Hypodermic needles, alcohol swabs and other paraphernalia needed to inject heroin are provided for free.

So are lifesaving medicines and equipment like Narcan. The system appears to be working for Toronto and its opioid-reliant population.

No one has died at any of the safe injection sites since they first opened well over a decade ago, according to Dr. Rita Shahin, a physician at a site in Toronto called "The Works." The facility is run by the city Public Health Department.

In fact, 800 lives have been saved at a single site in Toronto since it opened in August 2017. When heroin users overdose, staffers are on hand to inject Narcan.

The reaction among residents in Toronto neighborhoods around the sites is mixed. Some say sidewalks once riddled with dirty needles and empty drug packets told NBC10 that they have noticed a decline in the heroin paraphernalia since the injection sites opened.

"Well, I’ve noticed less disposed needles like on the streets," Jose Zamora, who lives near one of the Toronto sites, said.

Others say the sites create a concentration of users.

"The moment you place a safe injection site in a neighborhood, you create a very visible concentration," resident Nick Culverwell said.

In Philadelphia, a safe injection site proposed for the Kensington neighborhood has hit political and legal roadblocks.

Both of the neighborhood's top politicians, Seventh District City Councilwoman María Quiñónes-Sánchez and state Rep. Ángel Cruz, told Telemundo62 that they do not support an injection site in the troubled area.

Philly could soon be home to a safe injection site. It would be the first facility of its kind in the United States, offering people in active addiction a place to use drugs under the supervision of medical professionals. Proponents say it could save lives. But the idea is facing legal challenges and opposition from some local residents.

Kenney and Rendell, the former governor and Philadelphia mayor, are proponents of putting the city's first injection site in Kensington because of its proximity to the neighborhood's rampant heroin sales.

Outside of Kensington, the city's federal prosecutor, U.S. Attorney William McSwain, is strongly opposed to an injection site anywhere in the city. McSwain in February sued to keep the proposed first site closed.

"Normalizing the use of deadly drugs like heroin and fentanyl is not the answer to solving the epidemic," McSwain said at the time.

Rendell is a board member of Safehouse, the nonprofit trying to raise $1.8 million to open the Kensington injection site. He has said he's willing to face arrest. He bucked similar regulations when he was Philadelphia mayor in the 1990s, sanctioning the city's first needle exchange program.

"If I thought for a minute that safe injection sites would create new addicts, I wouldn't be a part of it. I see the ability to save lives and get people who are addicts exposed to treatment," Rendell said last fall.