The woman told police she was walking toward her car in the parking lot when she heard gunshots that then hit her vehicle, nearly striking her

Police searched for a gunman who fired shots from a building under construction in Philadelphia, nearly striking a woman in the parking lot outside a gentleman's club.

The woman ducked into Delilah's gentleman's club after two bullets struck her car in the parking lot along the 100 block of Spring Garden Street.

Police first received a 911 call from three workers around 6:10 p.m. Monday. The workers told police they were inside a renovated building when they heard gunshots. As responding police officers spoke to the men and the victim, who works at the gentleman's club. The woman told police she was walking toward her car in the parking lot when she heard gunshots that then hit her vehicle, nearly striking her.

Protecting Philadelphia as America Goes on High Alert: The Lineup 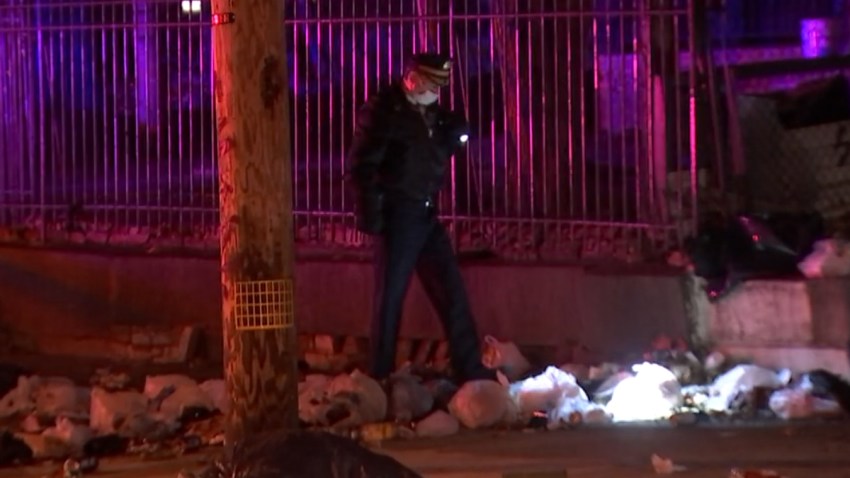 Man Shot in Face, Killed in Possible Argument Over Trash

The woman ran inside the club and wasn't harmed, police said.

Police declared a barricade situation and set up a staging area around the building, blocking off Spring Garden Street, several exits on I-95 and a nearby SEPTA station. Officers searched through the building but didn't find a gunman or a weapon. They did find an open fifth floor window of the building that had two bullet markings however.

Police eventually gave the building the "all-clear" and reopened the closed roads. They continue to search for the suspect and have not yet determined whether the woman in the parking lot was the gunman's intended target.