Protest in Pennsylvania After Cop Uses Knee to Restrain Man

Allentown police have not released any body-worn camera footage in the controversial arrest over the weekend. The 217-officer department recently told NBC10 they have 200 body cams.

Activists on Monday pressed their demand for police accountability after video emerged over the weekend of an officer placing his knee on a man’s head or neck outside a Pennsylvania hospital.

Allentown Councilwoman Ce-Ce Gerlach said the video showed an officer violating police department policy, and that his previous job performance will go a long way toward deciding his future as a police officer.

"He violated the policy, so clearly there must be discipline," Gerlach said. "If this officer has a history of violating policy, then it’s clear cut he needs to be terminated."

Protesters gathered and marched in Allentown after a video surfaced showing an officer kneeling on a man. NBC10’s Brandon Hudson has the details.

“Our investigation is ongoing, and as we uncover additional information we're trying to release that as we can,” Assistant Police Chief Bill Lake said.

Monday evening, police released a longer video showing what led to the incident as well as the aftermath.

The new video, which is over nine and a half minutes long, shows the man staggering in the street and appearing to vomit outside the emergency room of the Sacred Heart Campus of St. Luke’s Hospital on the 400 block of W. Chew Street. He also drops his cellphone and appears to have trouble walking and standing.

Allentown Police released a longer video showing what led to an incident in which an officer placed his knee on a man's head or neck area outside of a hospital. 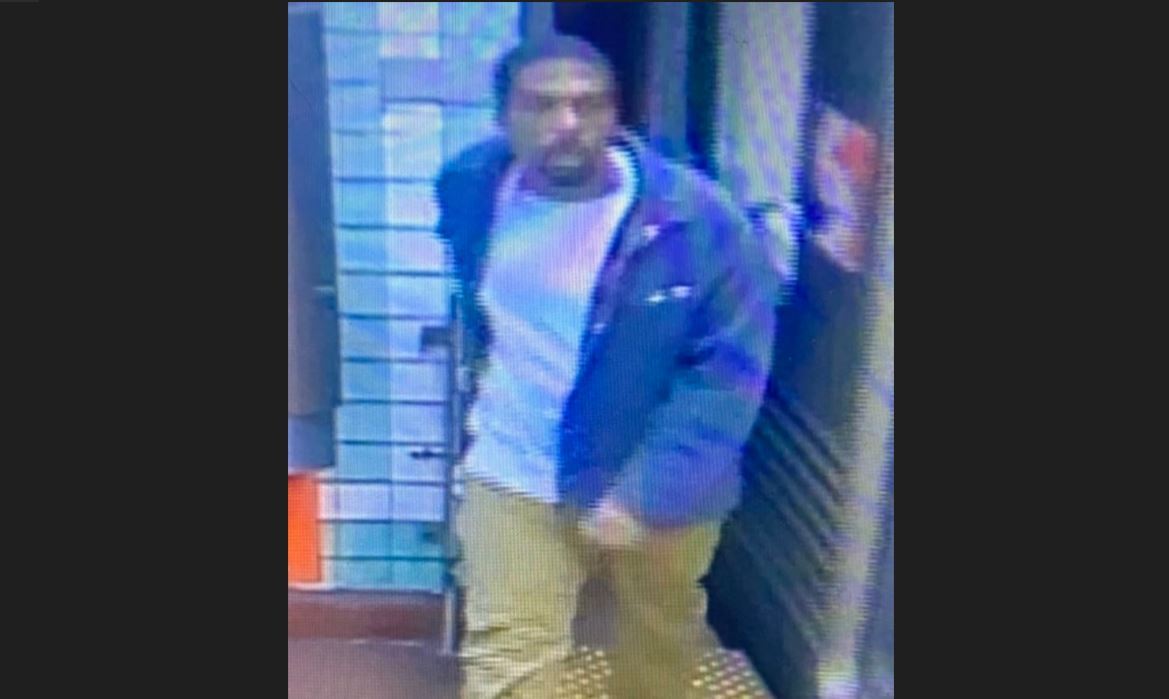 Two Allentown officers, who investigators say were at the hospital for an unrelated manner, are seen watching the man for about four minutes. Police said the officers were trying to direct him towards the emergency room entrance.

The video then shows the officers walk toward the man as he drops to his knee. Staff members then walk out of the hospital as the man points at them.

The video then shows the segment that was posted on social media over the weekend in which an officer places his knee on the man's neck and head area. Police said they placed a breathable spit mask over the man's head to protect the hospital staff and officers from bodily fluids such as vomit and saliva.

Prior to the video's release, police said the man was yelling and spitting at the officers and staff members, accusing him of being “noncompliant which required officers to restrain” him.

The new video also shows a hospital staff member appearing to block a person in a car from filming.

The final segment of the video shows hospital staff and police escorting the man into the hospital. Police said the man was treated and later released.

The previous video, which was released by a bystander on social media over the weekend, only shows the officers restraining the man on the ground but gives a closer look at what transpired.

It shows that one of the officers had his elbow on the man’s neck or head before switching to a knee to hold him down while other officers restrained his arms.

In a recent survey of police departments in the Philadelphia region conducted by the NBC10 Investigators, Allentown police said they have 200 body-worn cameras for their 217-officer force.

NBC10 has filed a Right-to-Know request for all police recordings of the arrest.

A St. Luke’s official said the hospital has turned its own video over to police.

The local Black Lives Matter group issued a list of demands, including the release of any police bodycam video of the incident, the suspension of the officers involved, the name and condition of the man, the establishment of a regional criminal justice review board and a reallocation of police funding.

An investigation is underway after a video showing an Allentown police officer kneeling on a man went viral and sparked outrage. NBC10’s Deanna Durante has the story.

Police have not released the name or race of any individuals seen in the video. Community advocates said they were trying to identify the man in the video to offer support.

“During a health crisis, whatever it was, when he should’ve been given support, instead he was criminalized and he received a knee to his neck,” said Hasshan Batts, executive director of Promise Neighborhoods of the Lehigh Valley, an Allentown community group.