A Philadelphia man accused of following and then killing his pregnant ex-girlfriend in King of Prussia, then going to get food at a McDonald’s drive-thru, now faces an additional murder charge for the death of the unborn child.

Montgomery County District Attorney Kevin Steele on Thursday announced an additional charge of first-degree murder against Rafiq Thompson in the death of Tamara Cornelius, whom Stelle said was 14 weeks pregnant. Cornelius, 31, was pumping gas across the street from the King of Prussia Mall when she was gunned down.

Cornelius' family said she was also a mother of three other children.

“What I can tell you is that it is chilling. It is a heinous killing of a young woman,” Steele said.

Detectives determined that Thompson, 38, and Cornelius had a previous relationship, the DA’s office said. Steele on Thursday said Thompson, a convicted felon out on parole, knew the victim was pregnant.

In the days before the shooting, Thompson called Cornelius 21 times and texted her 93 times, but she did not respond, Steele said.  She finally relented and agreed to meet up with him to eat on the evening of April 8, though she had reservations and expressed them by telling Thompson he was “stalking” her, Steele added.

Both Thompson and Cornelius entered the restaurant together, but Thompson left before the food they ordered arrived, the district attorney said. Thompson continued to wait outside until Cornelius came out about half an hour later, at which point Thompson followed her in his car, which had its lights off, Steele said. 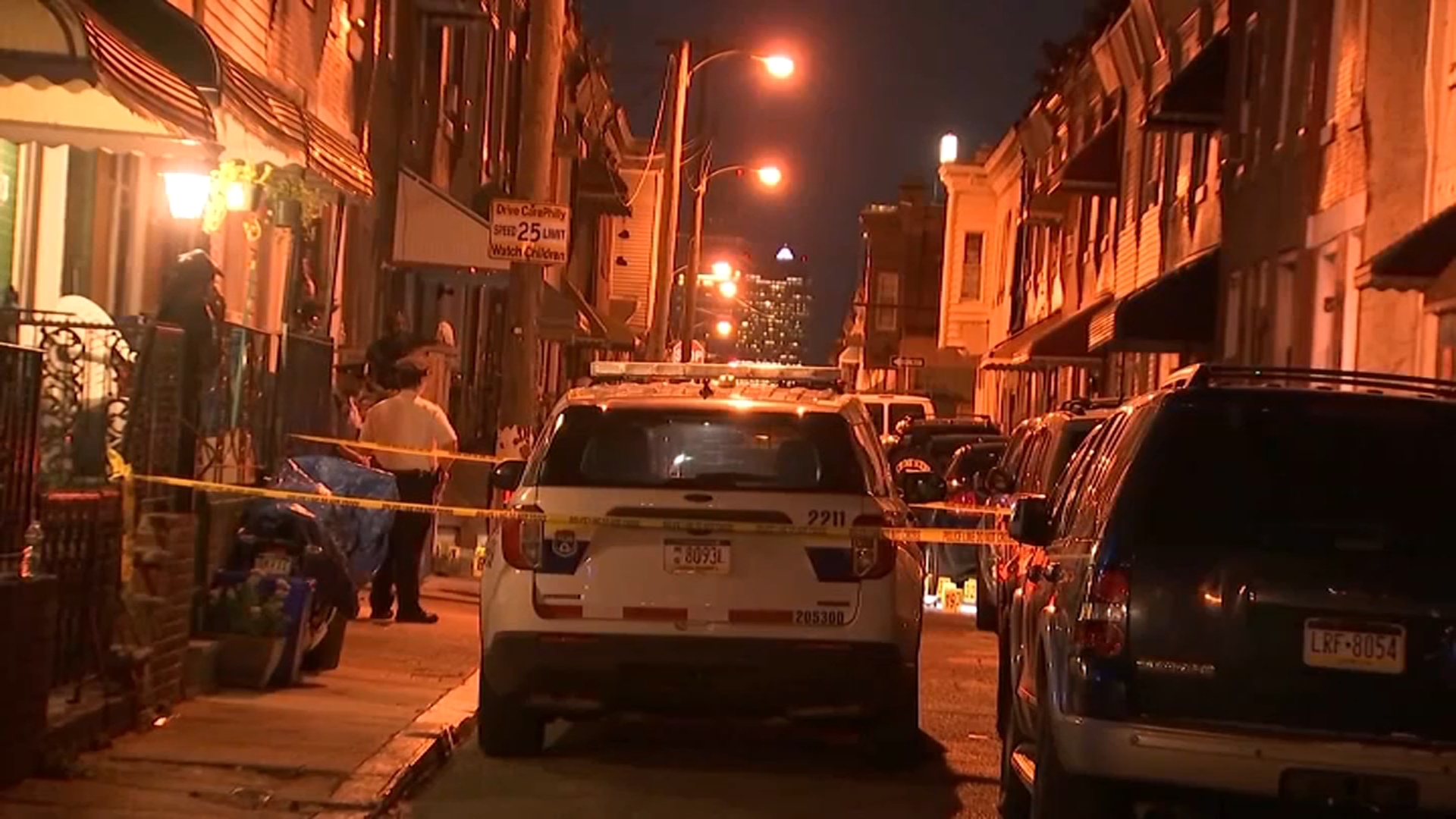 After Cornelius pulled into a gas station across the street from the King of Prussia Mall, Thompson came up behind her and got out of his car, Steele said. After a brief conversation, Thompson began firing, he said. A police affidavit said witnesses heard a brief argument before shots were fired.

The suspect shot at least four times, with Cornelius stumbling and falling as she tried to run away, Steele added. Thompson stood over her before driving away, the DA said.

Cornelius was declared dead at Paoli Hospital at 11:09 p.m., 47 minutes after police officers first responded to the gas station and found her bleeding, prosecutors said.

After killing Cornelius, Thompson got food from a McDonald’s drive-thru, Steele said. Investigators recovered the receipt of his order, as well as video showing him going through the drive-thru, the DA said.

He tossed the gun off the side of a road, but someone found it and turned it in to police, after which a ballistics expert determined it was the murder weapon, Steele said.

Thompson is also charged with first-degree murder, illegal possession of a gun and related charges in Cornelius’ death. Online court records did not list an attorney who could comment on his behalf.

Steele said there is “clearly evil” in Thompson’s heart and vowed to seek life imprisonment for the accused.

The district attorney also urged people suffering mental or physical abuse to reach out for help. He signaled the Women's Center of Montgomery County and Laurel House as two resources for people seeking domestic violence resources.

“I hope and pray people will take and use their services – they’re excellent at what they do – because this is happening too often,” Steele said.