A group of Democrats in the Pennsylvania House of Representatives wants their adamantly maskless Republican colleagues to be sworn in next month after everyone else, to help prevent the spread of COVID-19.

As a safety measure, the 203 state representatives will take the oath of office on Jan. 5 in four sets of about 50 people each, starting with newly elected members, the House speaker’s office said Wednesday.

Philadelphia state Rep. Joe Hohenstein, who has objected strenuously to some Republicans remaining maskless during recent State Government Committee meetings, said there is “significant support” among his fellow Democrats to have the maskless “just simply be placed at the end of the line so that they don’t potentially contaminate the House floor.” 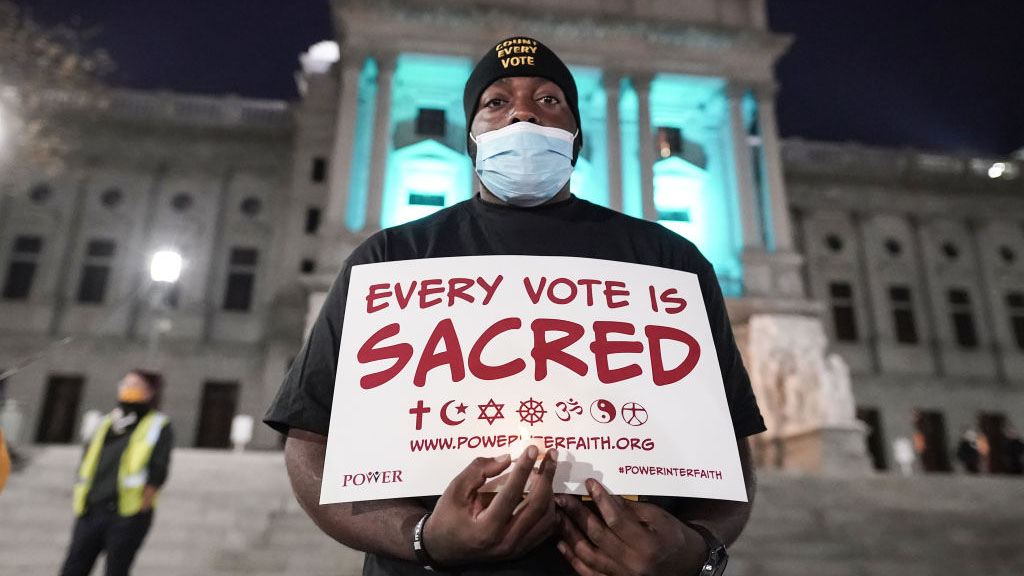 Hohenstein said a medical exception to the House bipartisan leadership group’s policy on masks needs some teeth, suggesting the leaders might require a doctor's note verifying the maskless member's condition.

“The process by which people are claiming exemption from wearing masks isn’t a real process and doesn’t really — in my mind, I think — legitimately balance the safety of everyone involved,” Hohenstein said.

In a memo to members sent last week, House Speaker Bryan Cutler, R-Lancaster, said masks “will be required of everyone unless an individual cannot wear a face covering due to a medical condition.”

A cohort of a few dozen House Republicans has been insistently maskless this year, attending floor session and committee meetings in closed rooms. Messages seeking comment from several of those House Republicans were not returned Wednesday.

Cutler's spokesperson Mike Straub said the bipartisan leadership group’s mask guidance “will be in effect” and said members will be encouraged to wear them.

Swearing-in day is traditionally a crowded, festive event, with members hosting catered parties for their family and supporters throughout the Capitol complex. But on Jan. 5, the Capitol will be closed to visitors without tickets to the chamber floor or gallery.

There will not be televisions for overflow viewing of the ceremony in the Rotunda, as was routine in the past.

Cutler asked members not to hold celebratory receptions, and if they do, to limit the number of people in their offices. Extra chairs and tables aren’t being provided this year.

“If you do wish to hold a small office gathering, please confer with your suite mate beforehand,” the speaker said.