Philadelphia’s public schools have been fully virtual since March of last year, when coronavirus infections forced wide-ranging lockdowns across the state, but a plan is in place to bring younger students back in February

Philadelphia public school teachers bundled up in winter coats, gloves and hats sat outside on folding chairs on a bitter cold Monday morning as a show of solidarity over concerns about coronavirus safety amid a planned return to classrooms.

It was blistering cold outside the Southwark School in South Philadelphia as teachers taught online classes outside.

"Teaching outside for safety inside," one of the teacher's signs said.

The protest scene played out at other schools around Philadelphia as the public teachers' union showed solidarity and went against an order to report inside school buildings to prepare for the return to partial in-person learning.

Philadelphia Federation of Teachers President Jerry Jordan told members Friday via email that they should ignore the School District of Philadelphia’s order to show up to class on Monday, as concerns continue over possible coronavirus infections. PFT spokeswoman Hillary Linardopoulos confirmed the email to NBC10 via phone call.

Jordan’s instructions followed the district’s decision to forge ahead with a mix of in-person and virtual classes for some 9,000 elementary school students starting Feb. 22. Teachers are required to begin showing up Feb. 8 to prepare.

However, the PFT has maintained that while it agrees that in-person instruction is best, it is not safe for members to begin teaching pupils in a face-to-face setting yet.

A city spokesperson told NBC10 Sunday evening that the mediation process is still ongoing and that teachers wouldn’t be mandated to report on Monday though any teacher who chooses to report is welcome to do so.

“We remain hopeful that this process will ultimately allow both parties to come to a resolution in time for students to return the week of Feb. 22,” the spokesperson said.

“In addition to Deputy Mayor Lazer, Mayor Kenney has also been directly involved in the ongoing conversations—making contact with both parties to reinforce his desire for a resolution that allows students to return to the classroom on time. Additionally, the Administration has been in active discussions about the vaccination plan for teachers and other school staff and we hope to have an announcement on that in the near future.” 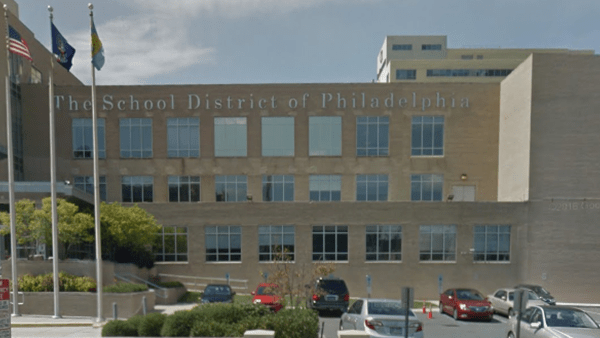 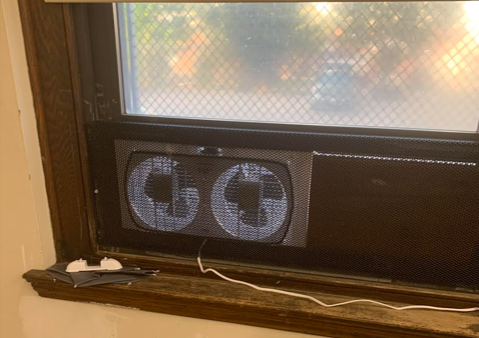 9,000 Philly Students Return to School Soon. Here's How Classrooms Will Be Ventilated

“It is the District’s responsibility to deliver a school re-opening plan supported by the children families and staff that the District serves. At this stage, it is clear this threshold has not been met," they said in a joint statement.

Philadelphia’s public schools have been fully virtual since March of last year, when coronavirus infections forced wide-ranging lockdowns across the state. Already, the district has tried multiple times to offer some form of in-person learning but has failed due to backlash from both teachers and parents.

Recently, concerns have been raised over the district's plan to use window fans to ventilate some classrooms that either have no ventilation system or a faulty one.

"Entire schools have maximum occupancy of zero according to air balancing reports. We have repeatedly asked for real, concrete solutions, and instead have been presented with a dangerous window-fan installation program that further jeopardizes the health and safety of our educators and young people," Jordan said in a statement Thursday. "This 'solution' is offensive, and it speaks volumes about the overall approach to reopening buildings at all costs."

Bundled up teachers outside Southwark School on Monday morning reiterated concerns for students and staff over the fans being used to ventilate classrooms with COVID-19 still spreading.

Officials have maintained that it's paramount to return kids to school as they approach a full year in an all-virtual setting. They've cited studies showing that risk of viral spread is low in schools, especially for younger students, but have also acknowledged that infections would likely happen despite safety measures.

"COVID will come to our schools. It's not a matter of if; it's a matter of when," Gail Carter-Hamilton, Pediatric Resource Manager at the Philadelphia Department of Public Health, acknowledged last month as she joined Superintendent William Hite in announcing the latest plan for in-person schooling.

She noted, however, that since August of last year, only about 19 of roughly 200 charter or diocesan schools – which have been open since that time – have reported in-school spread of coronavirus.

Meanwhile, he added, teachers will have the option to opt out of in-person learning, but they must meet district-set criteria if they are to continue working from home.

The Children's Hospital of Philadelphia announced it will partner with the city to give coronavirus vaccine doses to teachers and staff in Philly schools. But the announcement may not be enough to convince all teachers to return to the classroom. NBC10's Deanna Durante explains.

Late Monday afternoon, the District announced they would work with the city and Children's Hospital of Philadelphia to make school vaccination sites available for teachers and staff.

"We are also excited to work with the City of Philadelphia and Children’s Hospital of Philadelphia in an effort to make school vaccination sites available across the city so our staff can easily and conveniently opt to get vaccinated once vaccines are available," a District spokesperson wrote.

"We echo the sentiment that we are all in this together. That’s why we’ve engaged in ongoing discussions with health experts, city officials, and all School District unions throughout this entire process. We are awaiting next steps on the mediation process from the City so we can resolve any identified issues and proceed together without delay."

A spokesperson for the city told NBC10 Philadelphia receives 20,000 vaccinations from the federal government per week but right now teachers and school staff are not being scheduled for appointments. More vaccinations will be allocated to the group at a later date and the details of the plan are still being worked on, according to the spokesperson.