NJ Sees Another Day of 1,000+ COVID-19 Cases as Murphy Urges People to Be Safe

New Jersey has seen a surge in COVID-19 cases and hospitalizations over the past month.

In a change from his normal coronavirus news briefings, New Jersey Gov. Phil Murphy turned to Facebook Live and Zoom for his Thursday update where he announced nearly 1,200 new COVID-19 cases and 18 new deaths as COVID-19 surges in the Garden State.

More than 224,000 coronavirus cases had been reported in New Jersey since the start of the outbreak. Thursday marked the latest day with more than 1,000 new cases as Murphy reported 1,182 new cases. Northern counties reported the most new cases Thursday.

Hospitalizations have been on a rise as cases have increased over the past several weeks. As of Thursday, more than 850 people were hospitalized. The number of people in the hospital has doubled over the past month, Health Commissioner Judith Persichilli said.

At least 14,474 people are confirmed to have died from coronavirus-related complications, with 18 new deaths reported Friday.

Murphy said they are seeing a "surge" in cases and urged people to "combat our pandemic fatigue and remain extra vigilant" with social distancing and masking.

"We are seeing trouble with gatherings in private homes," the first-term Democrat said. "We urge you to follow CDC guidance and not gather in a private home with anyone outside your immediate family. Keep gatherings outside. Practice social distancing. Wear a mask, even outside." 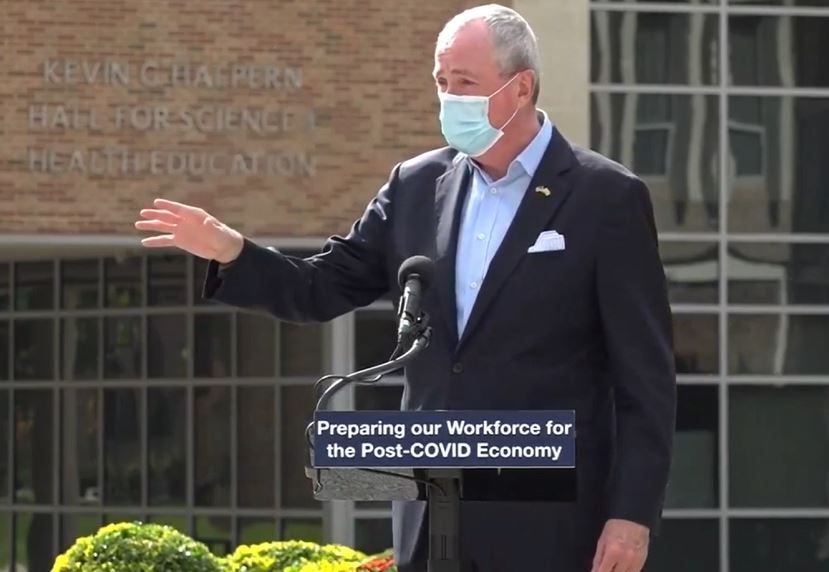 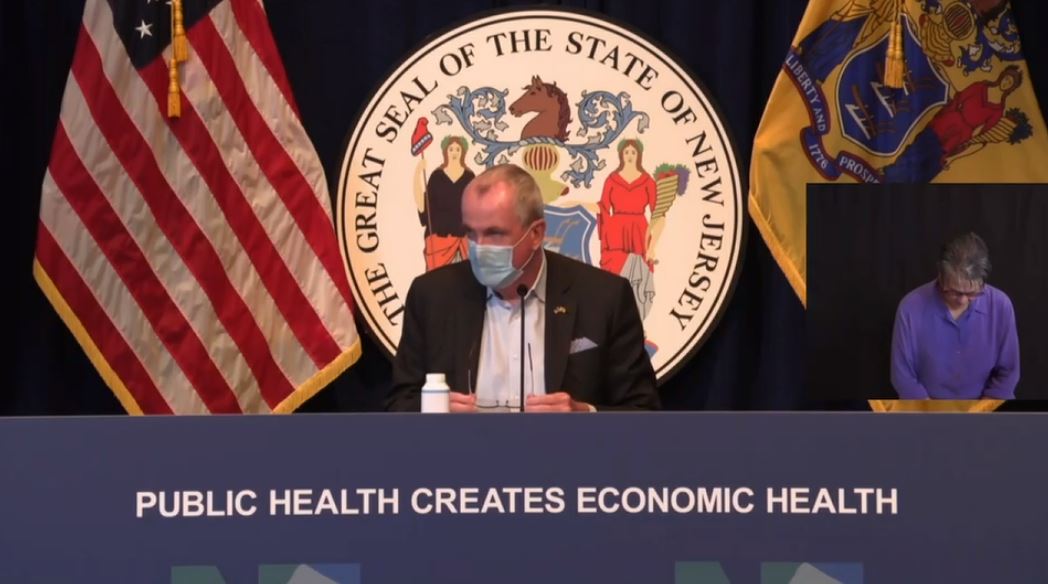 He also urged people to not travel outside of New Jersey unless its for work, basic needs, worship or the like.

"We’re advising all New Jerseyans to avoid any unnecessary interstate travel given the recent increases in numbers both here and in neighboring states," Murphy said.

The move to a virtual event came a day after Murphy abruptly announced during a news conference that he had contact with a senior staff member who had tested positive for COVID-19. He said he would immediately begin self-quarantining. A second staff member has since also tested positive for the coronavirus. Murphy said both staffers appear to be doing OK.

Murphy said he was tested on Monday, his previous COVID-19 briefing, and was negative. He said he had no symptoms. He and his wife, Tammy, were both tested Wednesday as a precaution and that test came back negative.

"We know this virus can take some time to show itself, so we have voluntarily taken ourselves off the field and will get tested again in a few days," Murphy said. "No one is immune from this virus. We must all remain vigilant – not just some of the time, but all of the time."

Murphy said he didn't have defined "close contact" with anyone who has tested positive, but that he wanted to be careful.

Murphy said he and his wife would remain quarantined through the weekend and would need to test negative two more times before he would resume anything in person as early as Monday.