For all the talk of a California exodus, the largest U.S. state is in the midst of an economic resurgence.

When Covid-19 shut down much of the economy in early 2020 and forced office workers to log on from home, some in the tech industry packed their bags, publicly announcing their permanent departure from California. Others just hit the road, uncertain of where the future would take them. 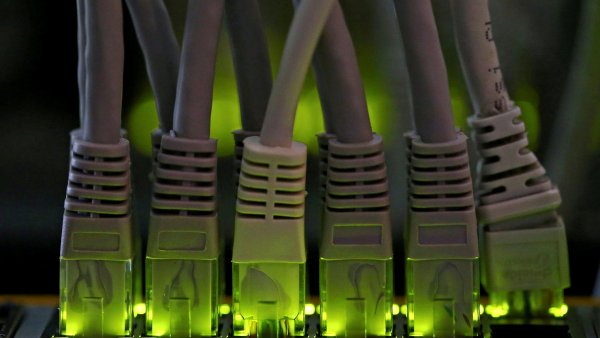 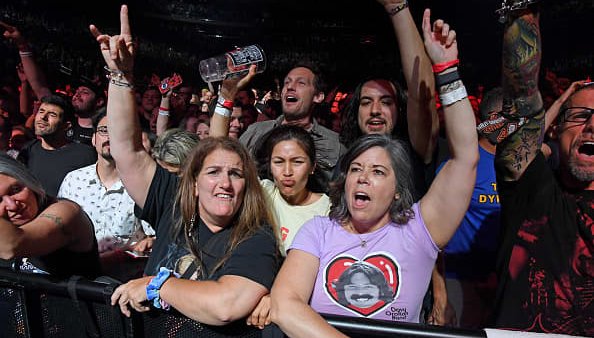 Covid Is Already Deadlier This Year Than All of 2020. So Why Do Many in U.S. Think the Problem's Over?

Whether it was high taxes, political disenchantment, rising crime rates or the devastating wildfires that arrived earlier than normal and produced toxic air across wide swaths of the West Coast, California residents found many reasons to seek refuge elsewhere. For those with office jobs, escaping was easy because they could suddenly work from mountains, beaches, campsites and rental homes along the way.

Some of the criticisms of California are the same as ever: State income taxes are the highest in the country. Regulations are stifling. Red tape is everywhere. Living costs are crazy.

Others were Covid-specific: The response has been choppy and seemingly arbitrary. Schools and businesses were closed for way too long. Gov. Gavin Newsom, a Democrat, looked like a hypocrite for attending a dinner party at the French Laundry restaurant, where a meal costs around $300 a person, while many businesses in the state were shuttered and citizens uncertain as to whether it was safe to go out at all.

But despite all the fuss, it turns out that the industry best prepared to weather the pandemic was still centered in California. Even as notable names like Oracle, Palantir and Hewlett Packard Enterprise decamped and population growth stagnated, the financial success of the tech sector during the Covid pandemic helped propel California to a $15 billion tax surplus for the upcoming fiscal year — a sharp turnaround from last year's projected $54 billion deficit.

The stock prices of Apple, Facebook, Alphabet and Netflix soared to all-time highs. Shares of videoconferencing company Zoom climbed fivefold as it became a household name. Emerging companies Snowflake, Airbnb, DoorDash and Unity held some of the biggest IPOs on record, producing windfalls for employees and investors.

Now, as vaccinations mount and California sports the lowest Covid-19 positive rate in the country, Hollywood is poised for a rebound, tourism is set to come back and popular theme parks are reopening their gates.

Bill McDermott, CEO of cloud software vendor ServiceNow, said his employees are starting to return to Silicon Valley as signs of life reemerge. He said workers temporarily scattered to states including Texas, Florida, Colorado and Idaho.

"We already see the band coming back," said McDermott, who moved to California when he took the ServiceNow job in 2019, after almost a decade running German software company SAP. "Silicon Valley is still the heartland of innovation around the U.S. and the world. California will do just fine."

The debate about whether California is flourishing or failing is too nuanced for social media, where it's defined by GIFs, one-liners and cherry-picked data points. In the Twitter tech bubble, the argument plays out between rich techies who've left for business-friendly cities like Miami, Austin, Texas, or Denver, and locals who post pictures of the Golden Gate Bridge at daybreak or Twin Peaks at sunset, with captions like, "truly miserable here."

The data is equally messy.

In March of this year, California added 119,600 jobs from the prior month. The 0.7% increase was topped by only 11 states, according to the Bureau of Labor Statistics.

However, the year-over-year numbers for California are still bleak. The state has lost 1.35 million jobs since March 2020, for a 7.7% decline, fifth worst among the 50 states.

Five of the six biggest venture-backed debuts on the public market last year were from California companies, according to the National Venture Capital Association's annual yearbook, and the other was Palantir, which had only just left for Colorado. California's start-up scene attracted 34% of total funding last year, and venture investing in the state surged 28% to a record $84.2 billion, the NVCA said.

But those numbers are backward-looking and say nothing about trends happening at the earliest stages of start-up development.

In the same report, the NVCA said that "meaningful investment activity" is taking place outside of the traditional hubs, and Covid-19 has caused tech talent to disperse. "The impact this migration of talent will have on investment and startup patterns will be felt as the industry continues to evolve," the report said.

For California's financials, the more immediate concern is the move toward remote work and the uncertainty about what that means for tax revenue. The state's budget surplus for the coming fiscal year, which begins July 1, is largely the result of taxes on the highest earners with big tech salaries and outsized investment gains.

The $185 billion that Californians made in capital gains income last year produced $18.5 billion of tax revenue. Are those people staying or going?

Why pay so much for housing?

As the pandemic proved that employees could be productive without working in a central office, many Bay Area companies are giving employees the flexibility to live and work wherever they want.

Twitter employees are no longer tethered to the office or to any particular location. The same is true for workers at Atlassian and Dropbox. Google CEO Sundar Pichai wrote in a blog post on Wednesday that, under the company's latest plans, about 60% of employees will be in the office a few days a week, 20% will be in new offices and 20% will be home.

Zendesk is consolidating from four offices in San Francisco to just one, the headquarters on Market Street. The cloud software company, which employs more than 4,500 people worldwide, said it has reclassified 40% of its roles as remote, and the other 60% of employees will be required to come in two days a week.

"It allows us to really get diverse talent, which is a huge focus for us," said Zendesk Chief Operating Officer Jeff Titterton, who lives in San Francisco, in an interview this week. "This town, while it's diverse, is not as diverse as we want it to be." But Titterton is still optimistic about the future of San Francisco and said it remains "the center of tech."

Others like venture capitalist Keith Rabois of Founders Fund, the most vocal cheerleader for Miami's emergence as a tech hub, see a more fundamental shift taking place.

As tech workers ponder their future, no problem plagues California more relentlessly than the cost of living.

Housing prices are second highest in the country, behind only Hawaii. And despite a double-digit drop in rent prices last year in San Francisco, Los Angeles and San Jose, those three cities are still among the six most expensive markets in the U.S., according to Zumper. Four other California cities are in the top 10.

That's why residents are fleeing to places like Texas and Arizona, said Christopher Thornberg, an economist and founding partner of research firm Beacon Economics in Los Angeles.

"They're leaving because there's no housing for them," Thornberg said.

Companies are making the same considerations. Tesla CEO Elon Musk moved to Texas last year and threatened to shift car production out of California after quibbling with lawmakers over Covid-19 restrictions. However, Thornberg said the big issue for Tesla is not regulations but rather, "How do you assemble cars in a state when there's no housing for car assembly people?"

Fellay, 28, knew that her prospective employees would face similar financial decisions. The average home in Denver is about one-third the price of a San Francisco house, according to Zillow, and Colorado's state income tax of 4.6% is roughly half what the typical tech worker would pay in California.

"Unless you're one of the few people who had an insane exit, the prospect of buying a house in San Francisco is pretty much nonexistent," said Fellay, who graduated from the University of Colorado at Boulder, about 30 miles from Denver. "The talent pool for some key roles in high-growth tech is concentrated in San Francisco, but it's been easier than I thought it would be to hire."

Spekit raised a $12.2 million financing round in March, after holding all of its investor meetings over Zoom. Fellay said there's still a fundraising advantage as a founder in the Bay Area because of the proximity to top investors, but being somewhere else is no longer an impregnable barrier.

Venture firms are rapidly adapting to the new reality. They're seeing companies launch in a wide variety of locations, including an increasing number with no physical home at all.

Kim-Mai Cutler, a partner at early stage firm Initialized Capital in San Francisco, said companies in her firm's portfolio were becoming more distributed before the pandemic. Now that more entrepreneurs have experienced a year of remote work, virtual meetings and hiring over Zoom, they're concluding that the Bay Area advantage is no longer worth the costs.

"Companies that have been around for 20-plus years like Google that have huge capital investments in the region, they're not going anywhere," she said. "The real question is the next generation of companies."

Lux Capital's Peter Hebert said there are still plenty of Silicon Valley companies in areas like biotech and hardware that are itching to get back to the office or the lab. But software and internet companies are all over the map, some letting leases expire and going fully remote and others treating 2020 like a gap year, with plans to soon return to their normal homes and offices.

"It feels like we're still in this experimentation where people are testing out new living situations and where they have the ability, thanks to tech, to try new things," said Hebert, whose firm has offices in New York and Silicon Valley. "I think we'll end up somewhere between what we've seen over the past year and what was normal over a year ago."

As the summer months near, Californians have to prepare for what state officials warn could be another devastating fire season due to drought-like conditions and rising temperatures. Last year was the most damaging in California's modern history, resulting in some of the worst air quality in the world in August and September, including one day when the sky turned orange and the sun never appeared.

With Californians forced indoors in the middle of a pandemic and unable to open their windows, editorials popped up with headlines like, "California, We Can't Go On Like This," and "California Is Becoming Unlivable."

For some people in the state who were already fed up, the fires and smoke were the last straw. For venture capitalist Josh Felser, the crisis marked a different kind of turning point.

Felser, who co-founded Freestyle VC in 2008, decided to refocus all of his attention on climate investing. Felser lives in the Bay Area and describes himself as a "borderless investor," seeking out deals across the U.S., Europe and South America.

But when it comes to climate technologies, California is the center of innovation, Felser said, making it perfectly situated to find the solutions to its most existential problem. The numbers back up his premise.

In a report titled, "The State of Climate Tech 2020," published in September, PwC wrote that San Francisco-area start-ups in the space have raised $6.9 billion, more than triple the amount raised by companies in Boston, the second-leading hub.

"One of the reasons I'm not leaving California is I think this state has only itself to blame if it doesn't lead the whole for-profit climate movement," Felser said. "Whatever tech was to the '90s and early 2000s, climate will be to the next 20 years."