The police commissioner refused to fulfill requests made by the little-funded agency tasked with investigating the police department.

Two months since Philadelphia's police oversight board launched a review of the response to the protests and civil unrest following George Floyd's killing, the Police Department has yet to hand over any requested videos, records and information.

Unlike some of its counterparts in other major cities, the Philadelphia Police Advisory Commission doesn’t have direct access to police records.

“Everything that we need, we have to request from the police department,” said Hans Menos, executive director of the Police Advisory Commission (PAC).

Menos did just that on June 25. But Police Commissioner Danielle Outlaw responded by saying that the commission -- a civilian board tasked in part with investigating police misconduct and making policy recommendations -- would have to ask the city’s outside consultant for that information.

A taxi driver and grandmother recall being struck by plastic pellets during unrest in West Philadelphia following the killing of George Floyd. NBC10 investigative reporter Claudia Vargas examines what police refer to as "less than lethal" ammunition.

"The PPD will not be sending any information directly to the PAC regarding the Floyd protests and civil unrest," Outlaw wrote in her response.

The city has hired Virginia-based CNA Corporation and Philadelphia-based law firm Montgomery, McCracken, Walker & Rhoads to look into the city’s response to the protests and civil unrest. Those firms will provide an after-action report. City lawyers wanted all information to flow through the contracted consultants.

Menos said that as long as he got access to everything he requested, he didn’t mind who it came from. He forwarded his request to the consultants about a month ago.

It’s been radio silence since.

"It's problematic if there's ever a delay that the police department can control because that would not be true oversight," Menos said.

The Police Department referred questions to the city Law Department, which has yet to respond to requests for an interview on the matter. 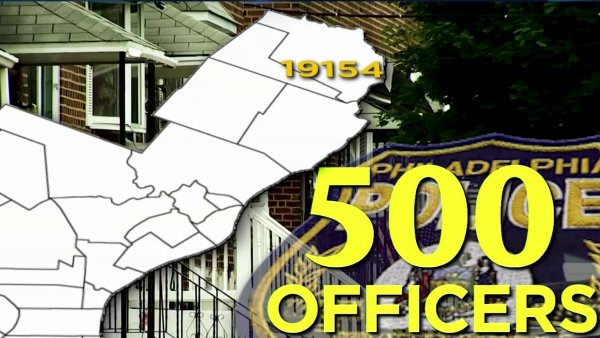 New Philly Cops Came From as Far as Fla., Chicago. Now, They Must Live Here 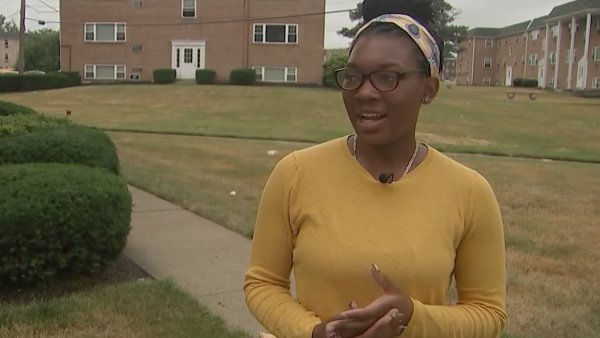 But a day after the NBC10 Investigators started asking questions about the commission’s investigation and access, Menos said city lawyers told him they would give him the information he was seeking directly-- and avoid the third party consultants.

“They intend to deliver the documents directly to us, even if they previously had stated that they prefer for the documents to be delivered to us from their consultant,” Menos said.

The switch from outside lawyers to city lawyers is a small win, considering how other cities’ police oversight boards work.

Washington D.C. and New Orleans had similar levels of civil unrest and questionable police behavior as Philadelphia. Both have civil police oversight offices that are already deep into their investigations of the police response to the civil unrest in late May and early June. Those offices have higher budgets and more staff than Philadelphia.

“We have a monitor program where our investigators go out during the protests and monitor the police response,” said Michael Tobin, executive director of the Washington D.C. Office of Police Complaints.

Tobin could contact command staff during protests to address issues such as officers hiding their badge numbers. “It would be corrected immediately,” he said.

Following the protests, Tobin’s office started sorting through body camera and other records. They have direct access through the same computer portal police use.

“Access to the video is not the issue here. It's actually the amount of time it takes to do the investigation,” Tobin said, adding that his office has the ability to shut off the access police have to body camera footage that is part of an investigation.

New Orleans’ Independent Police Monitor Susan Hutson said her office also has direct access to body camera and other records. It was a public fight to get that access, she said.

“We would get videos given to us as a part of the investigations, but we could not go independently into the system and verify that those were all the videos available,” Hutson said, adding that in 2016 her office launched a public campaign on their lack of direct access to police records.

“We took that to our oversight (board) and we took that to City Council. We took it to the community and we said, ‘Look, we can't do our jobs without this access,’" Hutson said. "We can now go in and look for whatever we want.”

“That will create a blank slate for us to do the particulars of what its powers and authorities and teeth should be,” said Councilman Curtis Jones Jr., who spearheaded the effort to create a new oversight board.

Hutson and Tobin say it’s important for police oversight boards and offices to have direct access to records -- especially when reviewing the police response to the George Floyd protests.

“The community really needs to know that there is an independent agency that has access to all of this footage so that it doesn't look like the police department is trying to hide something,” Tobin said.