Fox revealed he popped the question on Jan. 11

Machine Gun Kelly swore he'd never fall in love--but then Megan Fox showed up and now he can't get enough of it.

In fact, the rocker is so in love that he decided to propose to the "Jennifer's Body" actress.

While Megan Fox and Machine Gun Kelly (MGK), real name Colson Baker, first went public with their romance in June 2020, the duo had actually formed a connection months earlier while filming the Randall Emmett movie "Midnight in the Switchgrass."

"Our trailers were next to each other so I just waited outside on my trailer steps every day I worked just to catch one glimpse of eye contact," the artists, 31, said on a July 2020 joint episode of the "Give Them Lala...With Randall" podcast. "She has the most gorgeous eyes I've ever seen."

Fox, 35, added that they formed an instant bond. "The second that I was in a room with him and said hello to him and looked into his eyes, I knew right away that he was what I call a twin flame," she said on the podcast at the time. "We're actually two halves of the same soul I think. I said that to him almost immediately. I felt it right away."

Since that time, the stars have become inseparable--packing on the PDA at award shows and enjoying double dates with Travis Barker and Kourtney Kardashian, who also just got engaged. In fact, during a joint appearance at the 2021 MTV VMAs, Fox and Kardashian even introduced Baker and Barker as their "future baby daddies."

"I'm a huge fan of this next performer," Fox gushed to the crowd about her man. "I've watched him grow, and not just as an artist, but also as a person." 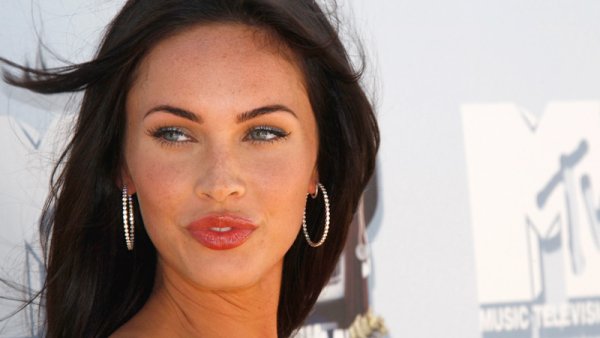 Back in July, it was Machine Gun Kelly gushing over Megan during an interview with GQ, revealing that he had a poster of the "Transformers" actress on his bedroom wall growing up.

He also praised Fox during a couple's quiz for the British edition of the publication in October. "If you were my "Jeopardy!" partner you would honestly win every single category," he said. "You are an almanac, and encyclopedia and dictionary all in one."

Prior to her relationship with Machine Gun Kelly, Fox was married to Brian Austin Green. The two, who are still finalizing their divorce, share three sons together.

MGK is also a parent to daughter Casie, from a previous relationship.