The Flyers had a chance to move atop the Eastern Conference with a pair of wins over the division-rival Devils and Rangers this weekend.

Instead of two wins, the Flyers were handed two losses – allowing 11 goals while scoring just six Saturday and Sunday.

The latest loss was Sunday’s 5-2 drubbing at the hands of the Atlantic Division-leading Rangers in Madison Square Garden Sunday.

Artem Anisimov had a goal and two assists, Henrik Lundqvist made 21 saves as the Rangers continued their recent success against the Philadelphia Flyers with a 5-2 fight-filled victory on Sunday. 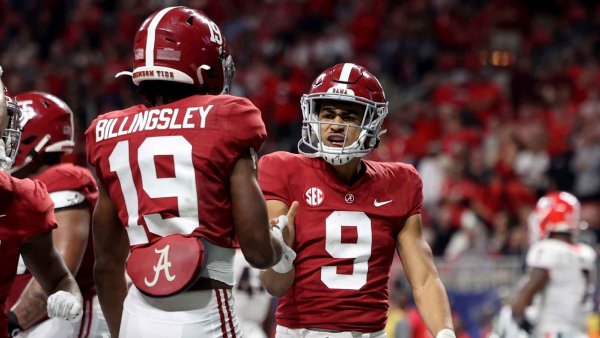 Brayden Schenn and Wayne Simmonds scored for the Flyers, which lost for the third time in four games. It was their first game against the Rangers since the Winter Classic in Philadelphia on Jan. 2.

Lundqvist's career-best shutout streak ended at 182 minutes, 37 seconds when Schenn scored in the second period, but the All-Star goaltender still improved to 24-14-4 on the season.

Philadelphia was playing its fourth game in six days and the final of a weekend back-to-back. The Flyers lost 6-4 at home against New Jersey on Saturday.

Anisimov opened the scoring at 1:04 of the first period. He also assisted on Gaborik's second-period goal and Del Zotto's go-ahead score at 1:33 of the third, which came 36 seconds after Simmonds tied it at 2. Dubinsky added an insurance goal at 12:15 and Fedotenko had an empty-netter at 18:44.

Gaborik's 26th goal of the season with 5 seconds remaining in the second -- moments after he lay stunned on the ice behind the Flyers net after a hard check -- put the Rangers in front 2-1. Gaborik got up and slipped a backhand past goaltender Ilya Bryzgalov after defenseman Andrej Meszaros had leveled him with the check.

Anisimov's goal was his eighth of the season and came on a tip in of Dan Girardi's slap shot. Anisimov's previous point had been an assist Dec. 22 against the New York Islanders.

Schenn tied it on a picture-perfect breakaway goal at 12:02 of the second. Just out of the penalty box, the 20-year-old center took a pass from Jakub Voracek and beat Lundqvist by lifting a backhand over his glove hand.

The game was feisty as usual between the two rivals, who had the weeks leading up the Winter Classic chronicled by the cable network HBO.

Rangers defenseman Stu Bickel fought Simmonds in the first period and Tim Sestito in the second. Sestito also fought Brandon Dubinsky in the first and Brandon Prust in the third. Sestito was given an automatic game misconduct after his third fight.

Lundqvist's shutout streak went back to the 19:11 mark of the second period Jan. 21 at Boston. Lundqvist had consecutive shutouts for first time in his career during wins over Winnipeg and Buffalo.

The teams meet in Philadelphia on this Saturday night and April 3.