5 to Watch: Due to Forfeit, Shakur Stevenson Gets Shot at Gold, Mixed Results for Philly-Area Shot Putters

From a couple of Philadelphia shot putters battling for gold and one getting silver to a Jersey Shore triathlete diving in to a women's basketball continuing their dominance, here's what to watch Thursday in Rio.

Joe Kovacs, from Bethlehem, Pennsylvania and Darrell Hill, from Darby, Pennsylvania got their "shots" at gold Thursday in the men's shot put competition on the field in Rio.

Both throwers attended Penn State University and both had unusual routes to Rio as Kovacs learned from his mom how to throw shot put in a parking lot and Hill learned the skill at Penn Wood High School. Kovacs entered the Games as a favorite in Vegas to win gold while Hill is seen as more of a longshot. [[390475831, C]] 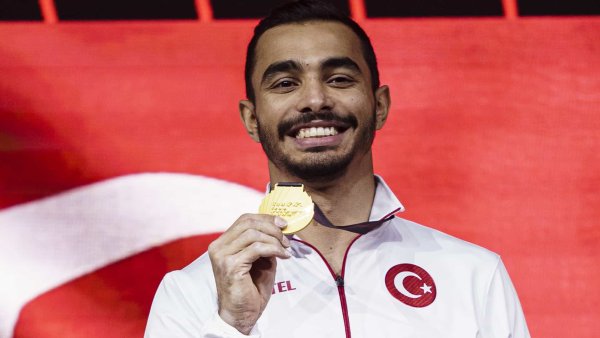 The men threw in qualifying Group A for a chance to qualify for Thursday night's final. Kovacs' distance of 20.73 meters qualified him for the finals in fifth place while Hill's long of 19.56 fell short. Fellow American Ryan Crouser led the way with a 21.59-meter distance.

Hill tweeted his appreciation for the support and kindness of fans and said "I'll have my day in the sun, this too shall past."

When it came time for the final, Kovacs was edged out by Crouser, who took gold with a throw of 22.52 meters. Kovacs topped out at 21.78.

And, Voorhees, New Jersey's English Gardner dropped the baton on a handover from Allyson Felix in the Women's 4x100-Meter Relay, costing America a spot in the final. Felix appeared to be hit and the U.S. won its appeal and ran alone Thursday night for a spot in the final, putting up a time of 41.77 to earn their spot. [[390582101, C]]

From the Jersey Shore to the water and roads of Rio, triathlete Joe Maloy dove into his first Olympic experience Thursday morning.

Maloy, who hails from Wildwood Crest, was considered a longshot in the men's race.

Maloy put together an impressive run to finish 23rd -- the best finish for an American -- with a time of 1:48.30 that was about 3 minutes, 30 seconds off the winning time.

New Jersey native Shakur Stevenson was supposed to climb back into the Rio ring in the boxing semis to face Russia’s Vladimir Nikitin Thursday. [[390459591, C]]

But, the Russian pulled out of the bantamweight bout with an injury, guaranteeing Stevenson a spot in the gold medal match. [[390563751, C]]

Stevenson will become the first American to fight for bantamweight gold since the 1988 Seoul Olympics, when Kennedy McKinney won the gold.

The dominant Americans entered the game a huge favorite. They won 47 straight games in Olympic play. The Americans' last loss was in 1992. The U.S. has scored more than 100 points in five of its six games.

The U.S. women would beat France 86-67 as Delle Donne chipped in five points and two rebounds.

Penn State alum Alisha Glass and her U.S. women's volleyball teammates were one step away from gold, having gone undefeated so for at the Rio Olympics, but Serbia blocked them from the final with a 3-2 win. [[390489131, C]]

After the United States won the first set, Serbia stormed to take a 2-1 lead before the U.S. tied it up at 2 all. Serbia would go on to win the fifth set 15-13.

The U.S. will play in the bronze medal match Saturday.