Oswalt Shaky in Return to Houston

Roy Oswalt’s return to Houston to face his former team was sure to be bittersweet Monday night as he pitched for the away team in Minute Maid Park for the first time.

Oswalt -- who won 143 games in 10 seasons in Houston -- gave up five runs on 11 hits and two walks in seven innings to drop to 7-9 on the season. Oswalt wasn’t helped by shoddy defense from Raul Ibanez, Michael Martinez and a botched potential double play ball by Jimmy Rollins and Pete Orr.

The veteran righty was outdueled by a former Phillies hurler. Brett Myers -- who pitched in Philly from 2002 to 2009 -- went eight innings allowing just one run on six hits and a walk while striking out four Phils.

Myers (5-13) also added a pair of singles to his impressive night.

One of the only Phillies who had success against Myers was ex-Astros Hunter Pence who had two hits  on his first return to Houston since he was traded in July.

The Phillies only run came on a Pete Orr RBI single in the second inning. 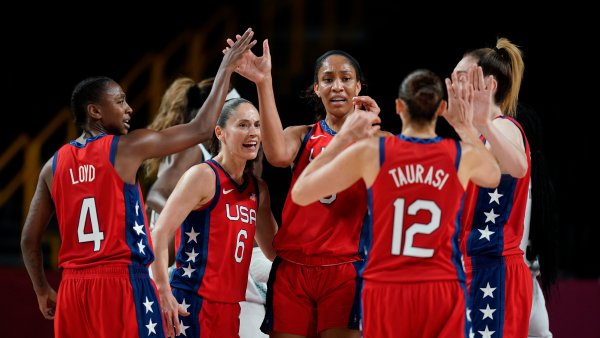 US Women's Basketball Looks to Go 2-0 in Olympic Play vs. Japan