The 2022 Hall of Fame ballot is out and it's teeming with players who made a mark in the game with the Phillies, most notably first-timers Jimmy Rollins and Ryan Howard.

Both players were part of the Phillies' title run from 2007 to 2011 when the club won five NL East championships, two NL pennants and a World Series.

In addition, both won a National League MVP award and combined to make six All-Star teams. 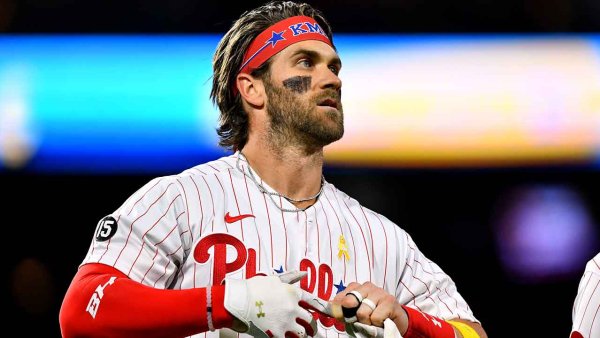 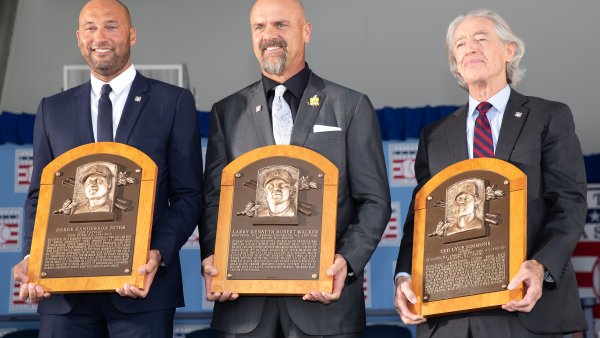 Rollins was a four-time Gold Glove shortstop. He led the league in triples four times and scored 100 or more runs six times. He is the Phillies' all-time hits leader with 2,306.

In addition to winning the MVP award in 2006, Howard finished second, third, fifth and 10th (twice) in the voting. He was the NL Rookie of the Year in 2005. He won two NL home run titles and three RBI crowns.

Chase Utley, who joined Rollins and Howard on those great Phillies teams, will not be eligible for the ballot until 2024.

Jonathan Papelbon is another first-timer on the ballot. He spent three-plus seasons with the Phillies and racked up 123 saves, the most in franchise history, on his way to a career total of 368.

Other noteworthy first-timers include David Ortiz and Alex Rodriguez.

Schilling is in his final year on the ballot. He garnered 285 votes last season (71.1 percent) but was 16 votes shy of the needed 75 percent.

Players stay on the ballot for 10 years, provided they reach five percent of the vote.

Barry Bonds, Roger Clemens and Sammy Sosa are also on the ballot for the final time. All three have been tied to steroid use.

Voting members of the Baseball Writers Association of American did not elect any candidates last year and it'll be interesting to see if that happens again when the results are revealed on Jan. 25.

There are other ballots soon to be reviewed for election to the Hall of Fame.

On December 5, the Golden Days Era selection committee will announce its voting results. This might be the year when Dick Allen, the late, great Phillies slugger, gets in.

Allen fell one vote short of election in 2014. He seemed poised for election last winter but the vote was canceled because of the pandemic. Sadly, Allen died of cancer at the age of 78 a day after the results had been scheduled to be announced.