The Eagles' demonstrative 40-29 win over the Saints sent a message about the team's head coach, both in terms of leadership and playing winning football.

An incredible start, an entire stadium holding its breath and then an improbable hero, and it added up to a 40-29 Eagles win over the Saints at the Linc, three wins the last four weeks and a 5-6 record that doesn’t look too bad considering where this team was a month not too long ago.

Here’s my 10 Instant Observations from the Eagles’ first win at the Linc since they beat the Saints here last December.

1. To see where the Eagles are now after that stretch where they lost five of six games and were getting embarrassed just about every week? It’s remarkable. To go from those brutal losses to the Cowboys, Chiefs, Buccaneers and Raiders to beating the Lions by 38, the Broncos by 17 and the Saints by 23 speaks volumes about Nick Sirianni's ability to keep this team believing in itself through some pretty dark times. This is why you don’t judge a coach after four games or six games or eight games. This is why you don’t decide the guy sucks a month into his coaching career. You could see even during the worst of the awful losses that this team was playing hard and that his message was still getting through, and as long as that’s the case, there’s hope. Now the Eagles are 5-6 after a 2-5 start, and the schedule is awfully favorable. This team has turned a corner, and the playoffs are a realistic goal. You don’t have to like Sirianni, but it’s obvious his players do and that’s all that matters.

2. The Saints don’t just have the best run defense in the league, they have one of the best in NFL history. At least they did before Sunday. They were allowing 65.6 rushing yards per game, and that’s the 9th-fewest EVER through 10 games. So consider that when you look at the way the Eagles dominated this game on the line of scrimmage. This offensive line just gets better and better and on Sunday they steamrolled an all-time great run defense to the tune of 242 rushing yards. These five guys have now played five games in a row together, and that’s the longest stretch for any Eagles o-line since the start of the 2019 season. That chemistry along with some massive run blockers has made this running attack virtually impossible to stop. That 65.6 mark is absurd, and the Eagles nearly QUADRUPLED it. That’s insane. The backs have all been terrific, but this offensive line is simply phenomenal when it comes to run blocking. 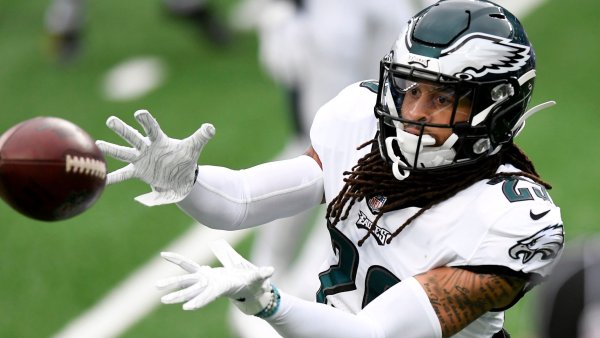 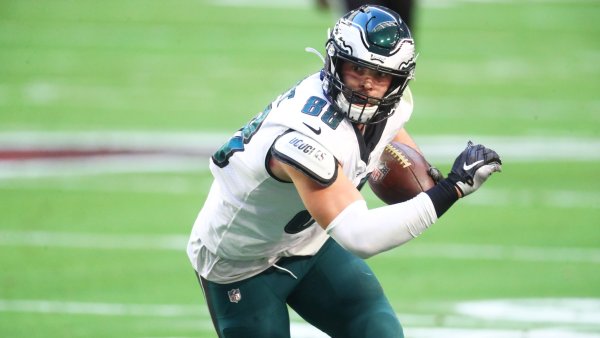 3. The problem with being THIS dependent on the running game is that when the running yards aren’t there you need to be able to make plays in the passing game, and once the Eagles built that 33-7 lead they just couldn’t do it. It was a combination of the Saints selling out vs. the run, Sirianni taking his foot off the gas pedal too early, Jalen Hurts missing a couple throws, a couple drops and just the lack of firepower the Eagles have on offense outside the running attack. This formula of running the ball 65 percent of the time has been working, but there will be times it doesn’t work, and the Eagles still have a lot of work to do to get the passing attack where it needs to be in those instances.

4. Good lord, how good has Darius Slay been? We’re seeing elite play from Slay these days, the kind of cornerback play we haven’t seen in these parts since Lito Sheppard was going to Pro Bowls for Jim Johnson a decade and a half ago. Slay just has that hyper-aggressive mentality where he’s looking to score every snap he’s on the field, and he’s now got three touchdown returns – 33, 83 and 51 yards – in the Eaglers’ last four games, which is remarkable. On top of taking the opposing team’s best WR out of the game. No coincidence the Saints started coming back as soon as he left the game with an apparent concussion. The next man up is rookie 4th-round pick Zech McPhearson, who’s a nice prospect but there might not be a bigger gap between starter and backup on the team.

5. It wasn’t a masterpiece defensively, and you never want to give up 22 points in a 4th quarter to a backup quarterback, and things did get a little hairy there for a bit, but the most encouraging thing about the defense is that they’re making plays. Forcing turnovers, generating pressure, getting stops at key moments. The whole team got a little tight in the fourth quarter, the Saints kept getting great field position and were able to play loose with a big deficit and Trevor Siemian ran around and made some plays. But overall I’m encouraged with where this unit is now compared to a month ago. They still need to turn that pressure into sacks. But for a defense without a lot of elite talent, they are getting better.

6. Big-time props to J.J. Arcega-Whiteside, whose 23-yard catch-and-run at a crucial moment helped quell the Saints’ comeback attempt. JJAW had just career 15 catches in 2 ½ seasons, just four over the last two years, none this year and none in a meaningful game since October of 2020. But when the offense was sputtering, the Saints had scored 17 straight points and the Eagles faced a 2nd-and-11 on their own 25-yard-line with 6:25 left, JJAW was ready and he made the biggest play of his career. Seven plays later, the Eagles put the game away with another Hurts TD. The kid has been the butt of a lot of jokes, and he’ll hear about getting drafted before D.K. Metcalf the rest of his life. But the first time this year the ball came his way - his first target all year - he came up huge. I give him a ton of credit for that.

7. That JJAW catch really emphasizes how important it is for the Eagles to get some people involved in the passing game other than DeVonta Smith and Dallas Goedert. Smith was 4-for-61 against the Saints and Goedert 5-for-62, but JJAW and Boston Scott were the only other players with a catch - Scott was 2-for-4. Over the last four games, Goedert and Smith are a combined 30-for-463 and everybody else on the roster has 20 catches for 139 yards. That means backs, tight ends and receivers other than Smith and Goedert are averaging a combined 35 yards per game over the last month. I don’t care how good your running game is, you need more than two functional pass catchers.

8. He had a bad fumble deep in Saints territory that led to a touchdown and nearly fumbled again, but Miles Sanders ran the ball exceptionally well in his return after a four-game layoff Sunday, finishing 16-for-94 – the most yards by any running back against the Saints since Sanders had 115 last year. The Eagles really needed Sanders too after Jordan Howard left the game with a knee injury (after a very tough 10-for-63 himself). Good to see Sanders back and looking as good as he ever has.

9. Another ho-hum passing day for Jalen Hurts – 13-for-24 for 147 yards, no TDs, no INTs – but his ability to make plays with his legs is incredible. He became only the eighth NFL quarterback since 1978 with three rushing TDs in a game and the first Eagles QB ever (and the 7th Eagle ever). He got bottled up a lot – and I still think 18 carries is too many – but he is just such an explosive runner and has crazy cut-back ability that down at the goal-line he’s very difficult to stop. He now has eight rushing TDs, tied for 14th-most in NFL history over a full season. We still need to see more growth in the passing game, but his legs are a world-class weapon and he really knows how to use them.

10. Finally, has anybody noticed that the Eagles are 3-1 with a last-second loss in four games since Sirianni shared the allegory of the plant growing underground? Sirianni was widely mocked and berated after relating that story to the media, but watching this team now, it’s clear he was absolutely right.