The four-year extension for tight end Dallas Goedert is worth $59 million, with over $35 million guaranteed, a league source confirmed to NBC Sports Philadelphia

The Eagles have reached a four-year contract extension with their No. 1 tight end that will keep Goedert with the team through the 2025 season.

This was a long time coming for Goedert, the Eagles’ second-round pick from 2018 who has become the clear cut top tight end in the organization since the trade that sent Zach Ertz to Arizona. Goedert is in the final year of his rookie contract.

The four-year extension for Goedert is worth $59 million, with over $35 million guaranteed, a league source confirmed to NBC Sports Philadelphia. That per-year average of $14.75 million ranks second in the NFL among tight ends behind George Kittle and just ahead of Travis Kelce and Mark Andrews. 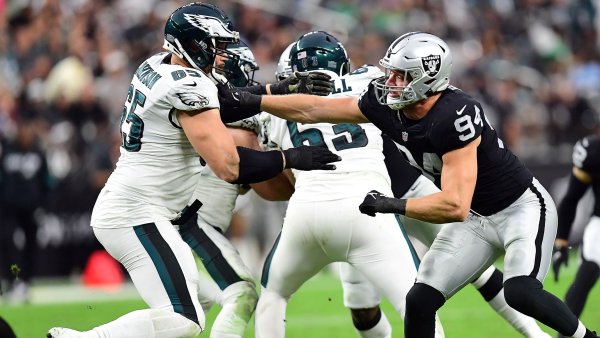 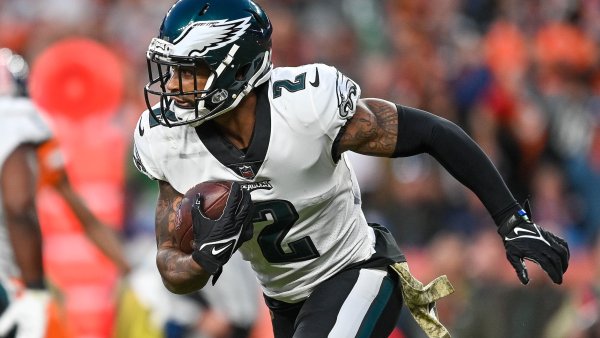 A big theme after the Eagles traded Ertz was that they wanted to see Goedert earn his next deal. He apparently has.

“From our perspective, the opportunity to see Dallas and to see Dallas in a larger role. And obviously he’s a free agent,” Roseman said in October. “And there’s no secret that that’s obviously something here going forward that we have to address. Getting him a role where it’s not just sharing time and he’s the guy.

“Because in terms of our bargaining power, there’s going to be no discount on Dallas Goedert. We know that, so we want to get as much information and give him as much opportunity to take over that and see him in that role as possible as opposed to guessing on it.”

This season, Goedert has 29 catches for 429 yards and two touchdowns. He has been very productive this season and his blocking is often overlooked. He had two catches for 28 yards on Sunday in Denver before leaving the game with a concussion.

Goedert, 26, was the No. 49 overall pick by the Eagles out of South Dakota State back in 2018. The Eagles had pick No. 32 after winning the Super Bowl but traded back and eventually ended up with Goedert.

Goedert becomes the third member of the 2018 class to get an extension, following Jordan Mailata and Josh Sweat. Goedert’s good friend and roommate Avonte Maddox is still on an expiring contract.

Coming into the season, Goedert seemed surprised a deal wasn’t already finished. At that point, talks had broken off. But since then, they obviously picked back up.

And now Goedert is locked up long-term.