There were a lot of people who gave up on Nelson Agholor after two seasons. They were ready to call him a bust.

Jordan Matthews definitely wasn't one of them.

When it seemed like so many fans in the city had completely given up on Agholor, Matthews never wavered. Every time he got the opportunity, Matthews told everyone that Agholor was going to figure it out. It turns out, Matthews was right. Although, he was traded to Buffalo last summer and never got to celebrate. 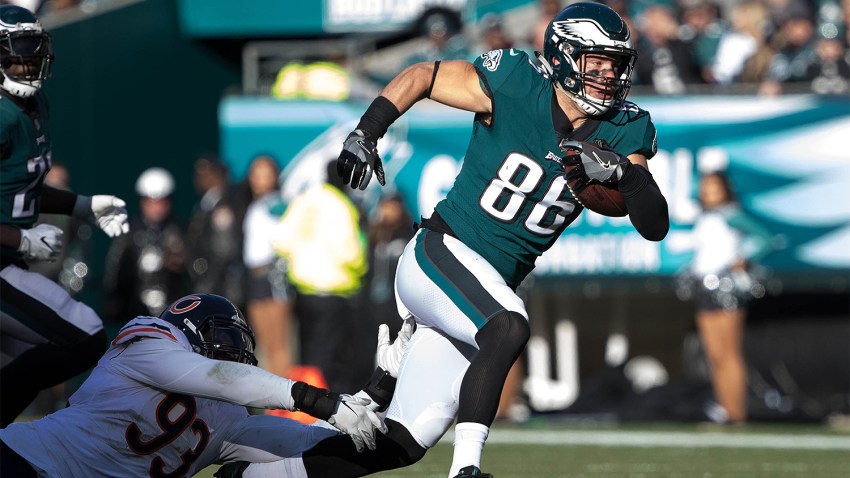 Matthews finally got his chance.

"I told y'all he was good," Matthews said on Wednesday after re-joining the Eagles.

Matthews and Agholor stayed in touch over the last year and have remained friends. Agholor never forgot that support from Matthews at his lowest moments and he still thinks about it often.

Here's what Agholor said about that support:

Honestly, it means a lot. At the end of the day, the relationships you have with these guys in this locker room goes a long way. When guys invest in you and they support you and you do the same for them. That's a brotherhood.

Matthews had an injury-plagued season in Buffalo in 2017, signed with the Patriots in the offseason but was cut after a hamstring injury last month. After Mike Wallace went down, the Eagles needed immediate receiver help, so Matthews is back.

Agholor said he's happy to have his friend back in the locker room because they want to win games and Matthews is "a guy that's going to help us."

I still remember chatting with Matthews last summer after a way-too-hot training camp practice. He had been telling everyone for a couple years that Agholor was going to figure it out, but by last summer, folks were starting to believe him. Agholor showed up last spring looking like a different guy and carried that into the summer.

It's a cruel irony that Agholor couldn't reach his full potential until Matthews, his biggest supporter, was traded away to open up the slot receiver position.

That day in August, Matthews told me that Agholor was looking explosive and much better than ever before, but said it was "only the beginning for him."

Man, was he right.

Agholor broke out in a big way in 2017. He had 62 catches for 768 yards and eight touchdowns, proving to be the Eagles' most explosive weapon. Through two games this season, he doesn't look to be slowing down.

"He's been killing it," Matthews said.

Not that he ever had any doubt.