The virtual campaign Biden is waging from Wilmington, Delaware, is a stark contrast with President Donald Trump

Joe Biden has no foreseeable plans to resume in-person campaigning amid a pandemic that is testing whether a national presidential election can be won by a candidate communicating almost entirely from home.

The virtual campaign Biden is waging from Wilmington, Delaware, is a stark contrast with President Donald Trump, who is planning travel despite warnings from public health experts about the coronavirus's spread. It also intensifies the spotlight on how Biden, the presumptive Democratic nominee, will manage his campaign, with some in his party fretting that his still-developing approach isn’t reaching enough voters.

For now, Biden and his aides are brushing back hand-wringing from Democrats and mockery from Republicans who argue that the 77-year-old is "hiding in his basement."

"Voters don’t give a s--- about where he’s filming from," campaign manager Jen O'Malley Dillon told The Associated Press. "What they care about is what he’s saying and how we connect with them."

Biden was more diplomatic in assessing the situation on Tuesday.

"The idea that somehow we are being hurt by my keeping to the rules and following the instructions that (have) been put forward by doctors is absolutely bizarre," he told ABC's "Good Morning America." 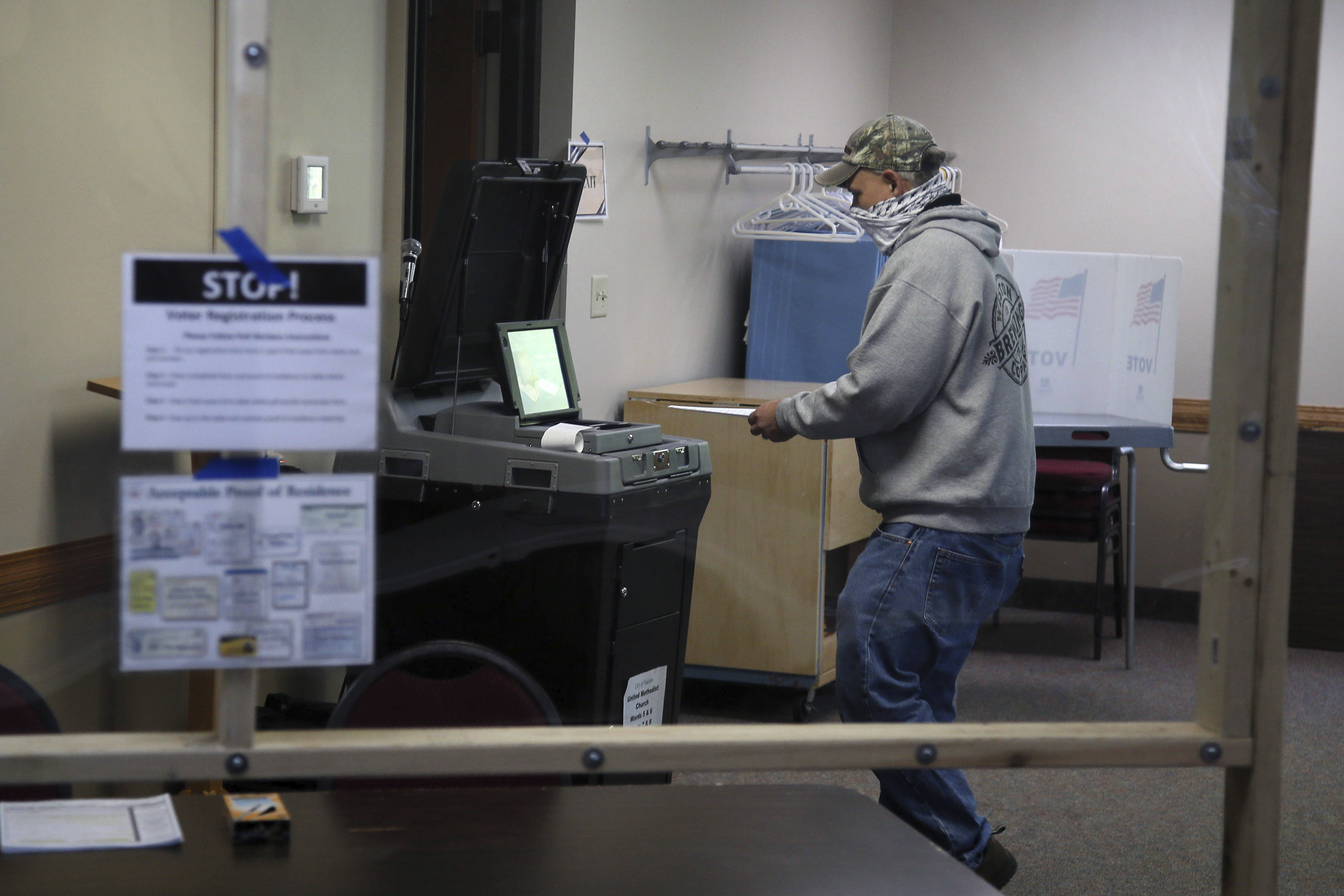 O'Malley Dillon took the helm of Biden's campaign in mid-March, just as coronavirus shutdowns commenced. She recently beefed up the campaign’s digital and finance teams and said she’ll unveil battleground state leadership in coming weeks. She also pointed to budding “partnerships” that include the national party’s battleground state program.

But those moves haven’t prevented critiques from prominent Democrats, including the architects of President Barack Obama’s 2008 campaign, who question Biden's digital savvy and capacity to build the national vote-by-mail effort that might be necessary to win during a pandemic.

Obama allies David Plouffe and David Axelrod wrote in a recent New York Times op-ed that Biden’s home studios resemble “an astronaut beaming back to earth from the International Space Station.” They encouraged Biden to make wider use of platforms from Facebook and Twitter to Snapchat, Instagram and TikTok.

In a similar piece, Lis Smith, media strategist behind Pete Buttigieg’s 2020 campaign, touted the virtues of local-market media and using celebrities more on other platforms.

Yvette Simpson, who leads the progressive group Democracy for America, said she’s "very concerned" she cannot see "how we’re going to engage people." She said the campaign has squandered time since Biden took command of the primary in early March.

Clyburn, however, emphasized that it’s not Biden’s place to worry over the details.

"His job is to be the candidate," Clyburn said.

To some degree, the naysaying reflects Democrats’ desperation to beat Trump – who holds a clear early lead in fundraising and organizing – and the reality that Biden emerged from a haphazard primary campaign and must now play catch-up.

Tara McGowan, founder and CEO of the Democrat-aligned digital firm ACRONYM, credited the campaign with making progress. "You can’t just snap your fingers and create an entirely different culture in their campaign," she said.

Clyburn argued there’s been a turnaround, especially in fundraising. "Winning is a great tonic," he said.

Biden raised $46.7 million in March, and in April he combined with the Democratic National Committee to raise $60.5 million. Trump and the Republican National Committee have far outraised Democrats this cycle, and they have more than $250 million cash on hand, but Biden’s April total nearly pulled even with Trump’s monthly total of $61.7 million.

Erskine Bowles, one of Biden’s fundraisers and a former chief of staff to President Bill Clinton, said the question isn’t whether Biden will catch Trump in total fundraising – he won’t – but whether he will have the resources to build a winning campaign.

On Thursday, former Vice President Joe Biden denounced the killing of Ahmaud Arbery, the Georgia man who was shot dead in February, as a "grave injustice."

"People are giving to make sure he does," Bowles said.

From inside the campaign, the outside worries seem as much about timing and perception as about reality: The April and May fundraising windfall is just now being put into hiring. Biden has ramped up his social media presence, including a recent Instagram appearance with soccer star Megan Rapinoe and an economic speech on NowThis, a digital news medium targeting younger voters.

O’Malley Dillon said she has "zero concern that we’re not at pace."

Critics, Biden allies say, also gloss over how Biden’s core pitch – touting his experience and empathy, making a moral and competence case against Trump, and promising to "rebuild the middle class" – won over Democratic primary voters even before the coronavirus upended daily life. Now, Biden’s argument against Trump is sharpened but stems from the same roots, with recent polling suggesting it's reaching voters.

Indeed, days before his co-signed critique was published, Plouffe appeared at a Biden fundraiser that pulled in more than $1 million. On that call, Plouffe agreed with O’Malley Dillon that Trump’s turbulent presidency alongside Biden’s candidacy means "an expanded map" of battleground states.

Trump is answering with a daunting reelection behemoth.

On a call with reporters Tuesday, the president’s daughter-in-law, Lara Trump, called it the "largest field and data program" in GOP campaign history. And while O’Malley Dillon has spent two months building a general election campaign in a new digital environment, Brad Parscale has long been established in his role as Trump's campaign manager.

The Trump campaign hasn't had to worry about money, with the president pulling in more than $700 million so far this cycle.

"The Trump campaign never skipped a beat" when the emphasis shifted to digital, Lara Trump said.

And now the president wants to return to a conventional travel schedule. He travels next on Thursday to Pennsylvania, and aides say he wants to travel at least once a week.

Biden, meanwhile, is "anxious to go out and campaign" but is staying home "to set an example … with this health and economic crisis."

"This is not politics," Biden said. "This is life."

This story has been corrected to show that Clyburn is the House majority whip, not the minority whip.