The sunshine is back and the ice has melted. But more than a week after a deep freeze across the South, many communities are still grappling with getting clean water to their citizens.

For years, experts have warned of the need to upgrade aging and often-neglected waterworks. Now, after icy weather cracked the region's water mains, froze equipment and left millions without service, it’s clear just how much work needs to be done.

Families stood for hours in lines to get drinking water. They boiled it to make it safe to drink or brush their teeth. They scooped up snow and melted it in their bathtubs. Hospitals collected buckets of water to flush toilets.

“You don’t realize how much you use water until you don’t have it,” said Brian Crawford, chief administrative officer for the Willis-Knighton Health System in the northwestern Louisiana city of Shreveport, where water pressure at one hospital only started returning to normal Wednesday. Tanker trucks had supplied it with water since last week.

The still-unfolding problems have exposed extensive vulnerabilities. Many water systems have decades-old pipes, now fragile and susceptible to breaking. White flight dropped tax revenue in some cities, and a lack of investment has caused problems to become even costlier to fix. Many systems in the South were not built with such low temperatures in mind. But with climate change projected to bring more extreme weather, problems like those seen last week could return.

A 2018 survey by the U.S. Environmental Protection Agency estimated $473 billion was needed over 20 years to maintain and improve water infrastructure. In a 2020 report, the American Society of Civil Engineers said a water main breaks every two minutes on average in the U.S., and described “chronic, long-term and insufficient investment.” The report warned that the “nation’s public health and the economy will be at risk."

The Mississippi capital of Jackson struggled to fix its damaged water grid, with thousands still facing outages. In Memphis, residents in the city of 650,000 have been told for nearly a week to boil water for three minutes if they plan to use it for drinking, cooking or brushing their teeth. More than 40,000 Louisianans still had water outages Wednesday, and hundreds of thousands more were under boil advisories.

If you’re one of the millions of Americans digging out or trying to stay warm after extreme winter weather, there are a few lesser-known dangers you should keep in mind. Heart attacks, fires and carbon monoxide poisoning are all risks that can kill in the days after a big storm. NBC Boston meteorologist Chris Gloninger joined LX News to talk about some of these winter weather dangers.

In Texas, more than 2 million remained under boil water notices Wednesday and 40 public water systems are “nonoperational,” affecting 25,000 people, state officials said. At the height of the problems last week, at least 7 million Texans were told to boil their water. The order was finally lifted Sunday for Houston, where millions had endured power and water outages in the nation's fourth-largest city that is more accustomed to hurricanes than winter storms.

As temperatures fell below freezing across the South, residents kept their faucets open to prevent pipes from freezing. But the increased demand taxed the already-struggling systems, and the low water pressure meant that boil advisories were needed until safety tests could be completed.

Charles Williams, director of public works for the city of Jackson, said that as frozen machinery at the water plant began to thaw with rising temperatures, dozens of water mains broke.

Old pipes in the city have a history of breaking after cold weather, but a declining tax base has Jackson struggling to maintain its infrastructure. Following integration, affluent white families moved to the suburbs, taking their tax dollars with them. Now, more than a quarter of residents in Mississippi’s majority-Black capital live in poverty.

Crippling winter storms in Texas, destructive wildfires in California, devastating hurricanes in the Caribbean. Climate change is making extreme weather the new normal. Dr. Sweta Chakraborty, a risk and behavioral scientist, joined LX News to explain how climate change has altered the dynamics of the Earth to such an extent that “we’re basically on a brand new planet.”

“The wealthy taxpayers left, so they left Jackson to suffer,” the retired public works department employee said. “It’s not their concern because they don’t live here no more.”

Voters in 2014 overwhelmingly approved an extra 1% sales tax for infrastructure repairs, but the $15 million a year raised is only a fraction of what Jackson needs. Mayor Chokwe Antar Lumumba said close to $2 billion is required to modernize its water system.

“These pipes are, described by the people who jump in the holes to repair them, like peanut brittle,” he said. “They’ll repair a pipe in one area and just sit back and wait, and sometimes they’ll see a break happen almost immediately a few yards away.”

Monday was the first time in a week that residents could line up for water outside of Madonna Manor, a 13-floor apartment complex for seniors and people with disabilities. People brought laundry pails, bowls, buckets and wastebaskets. 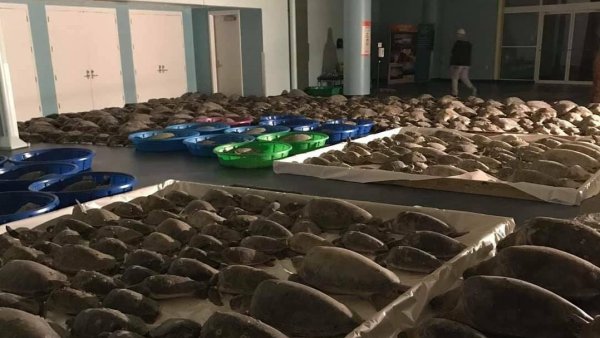 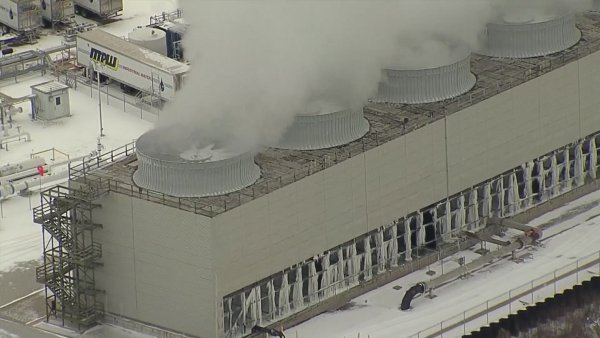 Board Leaders of Texas' Grid Operator Resign After Outages

Helen Scott, 68, collecting water in a pink trash can, said people with cars can leave to get water, but those who have the least are struggling the most.

“The vulnerable are left behind,” she said.

In Shreveport, where about 200,000 people were being told to boil their water, Mayor Adrian Perkins pointed to “old, aging infrastructure, just like most American cities.”

In Tennessee, Memphis Light, Gas & Water said the cold led to problems at pumping stations and ruptures in water mains and service lines. Crews were making repairs and testing for contaminants was being done, but no timetable has been set for a return to normal service.

The massive weather system has sent temperatures plunging from coast to coast.

The utility is in the second year of a five-year, $105 million plan to update and strengthen infrastructure. At a news conference Tuesday, utility President and CEO J.T. Young said the plan will be reassessed in light of the recent freeze to make sure it matches the needs that have arisen.