‘She Raped My Brother:' Rutgers Prof Who Claims It Was Love Learns Fate for Sex Abuse of Man With Cerebral Palsy

A Rutgers University professor convicted of aggravated sexual assault on a disabled man who she claimed consented to the relationship through assisted typing on a keyboard was sentenced to 12 years in prison Friday.

Anna Stubblefield will have to serve roughly 10 years of her sentence before being eligible for parole, and will be under lifetime parole supervision and required to register as a sex offender.

Her actions were "a perfect example of a predator preying," Superior Court Judge Siobhan Teare said before pronouncing the sentence.

Trump Impeachment Goes to Senate, Testing His Sway Over GOP 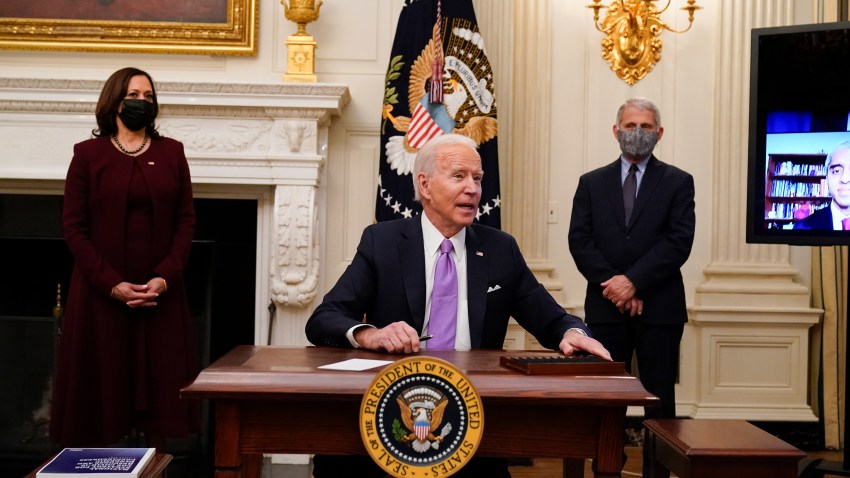 Speaking to the judge during a tense, emotional hearing, the victim's brother denounced the 46-year-old Stubblefield, who was chair of the university's philosophy department, for exhibiting a condescending attitude toward his family.

"She is not Sandra Bullock and this is not 'The Blind Side,'" he said, referring to the 2009 movie in which Bullock's character takes in a homeless boy who goes on to be a football star. Stubblefield is white and the victim is black.

"She raped my brother," he said, choking back tears. "She tried to supplant his life with some version of life she thought was better."

Speaking briefly, Stubblefield expressed her "dismay and regrets and sorrow" that her actions caused so much pain.

Stubblefield was married with children when her relationship with the victim developed. Her teenage daughter defended her Friday in comments to the judge, and accused the victim's family of characterizing him as incompetent only after Stubblefield told them about the relationship.

Later, the daughter was escorted out by court officers when she yelled a profanity during the victim's brother's statement.

In a letter to the court read by Teare, Stubblefield's husband called her "a pathological liar."

Stubblefield met the man in 2009 through his brother, who had been taking her course. Over the next two years, Stubblefield worked with him using a method known as facilitated communication. She argued that although he has cerebral palsy and can't speak, he could communicate by typing.

She claimed the two were in love and they revealed their sexual relationship to his mother and brother in 2011.

Prosecutors challenged the method of facilitated communication, and psychologists determined that he was mentally incompetent and couldn't consent to sexual activity.

During the trial, the judge barred expert testimony on facilitated communication, determining it's "not a recognized science."

Prosecutors had sought a 15-year sentence, five years below the maximum. Defense attorney James Patton had sought probation, arguing that Stubblefield had no criminal past and truly believed the victim had consented to the relationship.

He added that a psychiatrist for the state had found "no indication of a pattern of deviant sexual behavior" in Stubblefield.