A judge ordered that Henry "Enrique" Tarrio will remain behind bars while he awaits trial on a conspiracy charge for his suspected role in the coordinated attack on the U.S. Capitol

A leader of the far-right Proud Boys had planned with other members to "storm" the Capitol in the days leading up to the violent Jan. 6 attack, according to new paperwork filed by prosecutors.

Monday's court filing comes as prosecutors were in Miami federal court Tuesday to argue that Henry "Enrique" Tarrio should remain behind bars while he awaits trial on a conspiracy charge for his suspected role in the coordinated attack on the U.S. Capitol to stop Congress from certifying Democrat Joe Biden’s 2020 electoral victory.

"Based on the compelling evidence of Tarrio’s leadership of this conspiracy, there are no conditions of release that can reasonably assure the safety of the community or the defendant’s appearance in court," prosecutors said in the 23-page filing. "And based on Tarrio’s public comments aimed at chilling witnesses against his co-conspirators, as well as his own purported efforts to evade law enforcement, he poses a risk of obstructing justice should he be released. Pretrial detention is warranted and necessary."

During Tuesday's hearing, U.S. Magistrate Judge Lauren F. Louis agreed with prosecutors and denied bond for Tarrio. The judge said her decision would be explained in detail later in a written order. 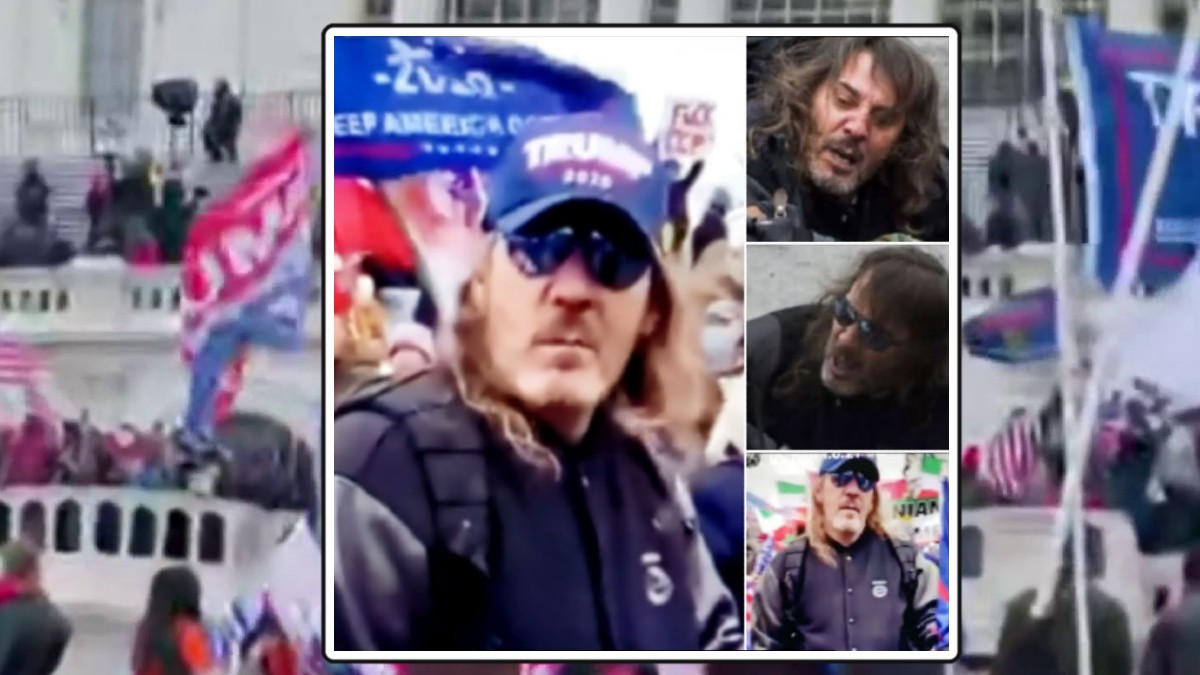 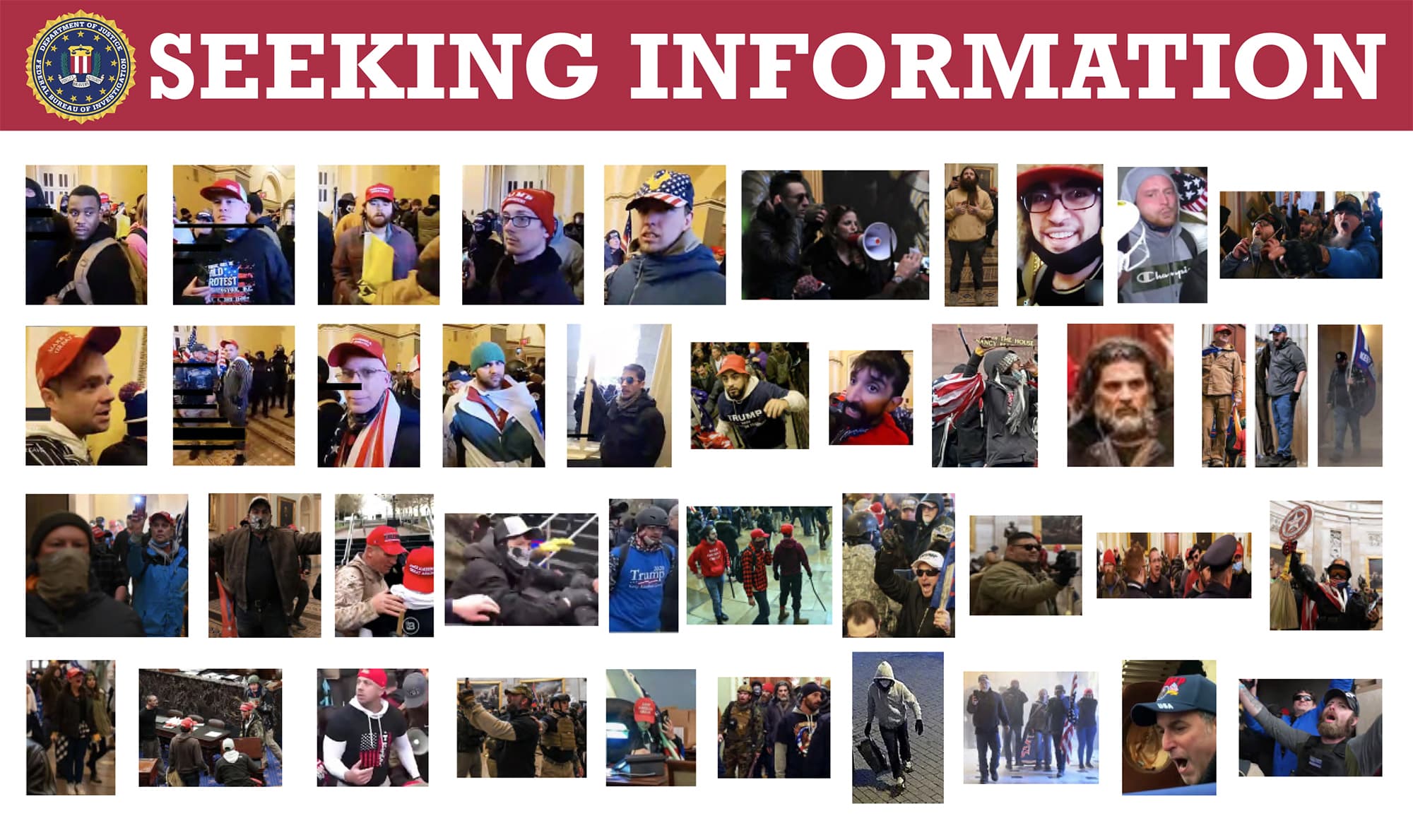 Tarrio’s attorney Nayib Hassan said his client was not at risk of fleeing from authorities and doesn’t have a violent background. He argued the evidence against Tarrio was weak and relies mostly on text messages and social media.

“At no point in time did Mr. Tarrio instruct anybody to go into the building,” Hassan told the judge.

Hassan said other defendants charged in the same alleged conspiracy and who were present at the Capitol during the riot have been allowed pretrial release.

Tarrio sat down in a brown jail uniform in handcuffs on another table because the judge denied him the right to be seated by his attorneys. He did not speak, but he often made gestures to his attorneys for them to approach him to speak in private.

More than a dozen family members showed up at the courtroom, and some women were crying outside the courthouse after the ruling. They declined to comment on the decision.

Tarrio waived extradition. His next hearing will be held in Washington, D.C.

A leader of the far-right Proud Boys had planned with other members to "storm" the Capitol in the days leading up to the violent Jan. 6 attack, according to new paperwork filed by prosecutors. NBC 6's Heather Walker reports

Police had arrested Tarrio in Washington two days before the riot and charged him with vandalizing a Black Lives Matter banner at a historic Black church during a protest in December 2020. The day before the Capitol was attacked, a judge ordered Tarrio to stay out of Washington.

But Tarrio didn't leave town as he should have, the filing said. Instead, he met with Oath Keepers founder and leader Elmer "Stewart" Rhodes and others in an underground parking garage for approximately 30 minutes.

"A documentary film crew was present in the garage and, at one point, picked up audio of a person referencing the Capitol," the filing said. "While in the parking garage, Tarrio told another individual that he had cleared all of the messages on his phone before he was arrested."

The Department of Justice has released new video from the U.S. Capitol showing protesters attacking police as they tried to secure two doors to keep people out of the building.

Tarrio, who has since stepped down from his post as Proud Boys chairman, served five months for the unrelated BLM banner case.

Proud Boys members describe the group as a politically incorrect men’s club for “Western chauvinists.” Its members frequently have brawled with antifascist activists at rallies and protests. Vice Media co-founder Gavin McInnes, who founded the Proud Boys in 2016, sued the Southern Poverty Law Center for labeling it as a hate group.

On the morning of Jan. 6, group members met at the Washington Monument and marched to the Capitol before then-President Donald Trump finished speaking to thousands of supporters near the White House.

Just before Congress convened a joint session to certify the presidential election results, a group of Proud Boys followed a crowd of people who breached barriers at a pedestrian entrance to the Capitol grounds, an indictment says. Several Proud Boys also entered the Capitol building itself after the mob smashed windows and forced open doors.

Prosecutors have said the Proud Boys arranged for members to communicate using specific frequencies on Baofeng radios. The Chinese-made devices can be programmed for use on hundreds of frequencies, making them difficult for outsiders to eavesdrop.

More than three dozen of the more than 750 people charged in the Capitol siege have been identified by federal authorities as Proud Boys leaders, members or associates.

According to Monday's filing, Tarrio in December 2020 created a new chapter for the Proud Boys, referred to as the Ministry of Self Defense or MOSD. Tarrio described the MOSD as a "national rally planning" chapter that would include only "hand selected members," the filing said.

Tarrio created an encrypted messaging group for use by MOSD leaders, and members of that group discussed attacking the Capitol, the filing said.

Starting with President Trump’s “Save America Rally” speech, to rioters breaching the U.S. Capitol and ending with Joe Biden and Kamala Harris confirmed as the next President and Vice President of the U.S., here’s a look at what happened at the U.S. Capitol Jan. 6, 2021.

One of Tarrio’s hand-selected MOSD members posted a message that read, “time to stack those bodies in front of Capitol Hill," the filing said.

Another member asked, “so are the normies and other attendees going to push thru police lines and storm the capitol buildings? A few million vs A few hundred coptifa should be enough," the filing said.

The next day, the same MOSD member raised the prospect again, asking, "what would they do [if] 1 million patriots stormed and took the capital building. Shoot into the crowd? I think not," the filing said.

On January 4, Tarrio posted a voice message to the MOSD Leaders Group, where he stated, “I didn’t hear this voice note until now, you want to storm the Capitol," the filing said.

On January 6, Tarrio’s men from the MOSD were at the front of the crowd that unlawfully breached the Capitol grounds and overran police lines meant to protect the Capitol and its occupants, the filing said.

One of Tarrio's other alleged co-conspirators charged in the riot, Dominic Pezzola, was the first person to physically breach the Capitol when he used a stolen Capitol Police riot shield to break a window adjacent to the Senate Wing Door, which allowed the first members of the mob to breach the interior of the Capitol, the filing said.