Organizers who called off a headline commemoration of the 100th anniversary of the Tulsa Race Massacre said Friday the event was canceled after an agreement couldn’t be reached over monetary payments to three survivors of the deadly attack by a white mob, highlighting broader debates over reparations for racial injustice.

Attorney Damario Solomon-Simmons told The Associated Press that he submitted a list of requests to the 1921 Tulsa Race Massacre Centennial Commission in order to have the survivors attend the “Remember & Rise” event Monday at ONEOK Field in Tulsa. The commission had enlisted Grammy-award-winning singer and songwriter John Legend to headline the event, and voting rights activist Stacey Abrams was to deliver the keynote address.

“After months of zero communication and under immense pressure that John Legend and Stacey Abrams may no longer participate if the survivors were not centered, a meeting was scheduled for Saturday," Solomon-Simmons said in a text message to the AP. “Immediately following that call, our legal team submitted a list of seven requests to ensure the survivors' participation with the commission's scheduled events."

“The agreement was to have answers on each of the requests by (Tuesday). That didn't happen."

Solomon-Simmons is representing the survivors and their descendants in a lawsuit against the city of Tulsa and other defendants seeking reparations for the destruction of the city's once thriving Black district.

The 1921 Tulsa Race Massacre Centennial Commission broke ground on Friday for a new history center honoring Black Wall Street and those killed during the 1921 massacre.

State Sen. Kevin Matthews, the chairman of the commission, said after meeting with Solomon-Simmons and other representatives of the survivors, the commission agreed to provide $100,000 to each of the three survivors, along with $2 million in seed money for a reparations fund.

“We raised the money and we were excited the survivors were going to accept these gifts," Matthews said Friday. “Unfortunately, on Sunday they reached out and increased the amount of the $100,000-per-survivor gifts to $1 million, and instead of $2 million, they asked for $50 million — $50 million — in seed money. We could not respond to those demands."

“To be clear, I absolutely want the survivors, the descendants and others that were affected to be financially and emotionally supported. However, this is not the way."

Solomon said the $50 million figure was never a non-negotiable demand.

Messages left with representatives for Legend and Abrams seeking comment were not returned.

Reparations for Black Americans whose ancestors were enslaved and for other racial discrimination has been debated in the U.S. since slavery ended in 1865. Now they are being discussed by colleges and universities with ties to slavery and by local government s looking to make cash payments to Black residents amid the ongoing national reckoning over the killing of George Floyd.

The Tulsa Race Massacre — which left up to 300 people dead and burned the city's prosperous Black neighborhood known as Greenwood to the ground — isone of the starkest examples of Black wealth being decimated, leaving parents nothing to pass down and forcing generations to start from scratch.

More on the Tulsa Race Massacre: 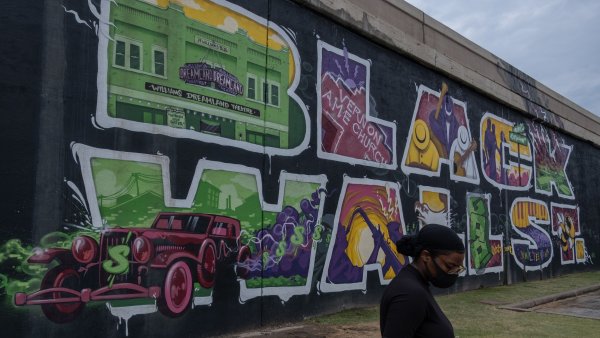 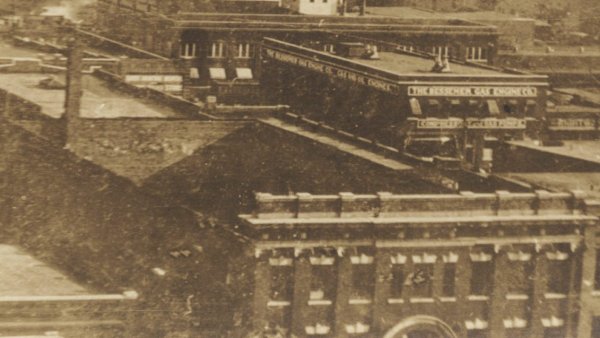 Over the last five years, Matthews says the Centennial Commission has raised more than $30 million, including $20 million for the construction of the Greenwood Rising museum. Other funds have been raised for art projects, commemoration activities and renovations to the Greenwood Cultural Center.

But some of Tulsa’s Black residents question whether the money for the construction of the Greenwood Rising museum in an increasingly gentrified part of the city could have been better spent helping Black descendants of the massacre or residents of the city’s predominantly Black north side several miles away from Greenwood.

Disagreements among Black leaders in Tulsa over the handling of commemoration events and millions of dollars in donations have led to two disparate groups planning separate slates of events marking the massacre's 100-year anniversary. In addition to the Centennial Commission, the Black Wall Street Legacy Festival has scheduled a series of events over the next several days, and they will continue as planned. Solomon-Simmons is associated with the Legacy Festival, along with City Councilwoman Vanessa Hall-Harper and Tiffany Crutcher, the twin sister of Terence Crutcher, an unarmed Black man who was shot and killed by a Tulsa police officer in 2016.

President Joe Biden is scheduled to be in Tulsa on Tuesday to commemorate the anniversary.

But the disagreement between the two Tulsa groups has grown especially testy in recent months. In April, Solomon-Simmons sent a cease-and-desist letter to Armstrong, the commission's project director, over the use of one of the survivor's name and likeness in promoting the Greenwood Rising project, a 7,000-square-foot museum being constructed in Greenwood to tell the story of the massacre.

The commission also booted Oklahoma's Republican Gov. Kevin Stitt from the panel after he signed a bill that prohibits the teaching of certain race concepts in public school, and U.S. Sen. James Lankford also stepped down from the commission in recent weeks. Lankford's office cited “a drift from the original goals of the commission to a more partisan political agenda" as the reason for his decision.

“It is just a mess," said former state Sen. Judy Eason-McIntyre, a member of the commission who says she believes the overarching dispute is both about a struggle for power and control over some of the millions of dollars that have flowed into the community from private foundations. “I've seen stink before ... and it's all about money."

Many Black Tulsans say they're upset the two separate factions couldn't work out their differences and reach an agreement that benefitted the city, particularly its Black residents.

“I’m just disappointed," said Marq Lewis, a Black activist in Tulsa who said he's not associated with either group. “I'm disappointed that adults could not come to the table and not air out our dirty laundry nationally."

“We all have disagreements ... but in some way we have to look at the bigger picture."